Activists lead fight for the right to cheaper drugs 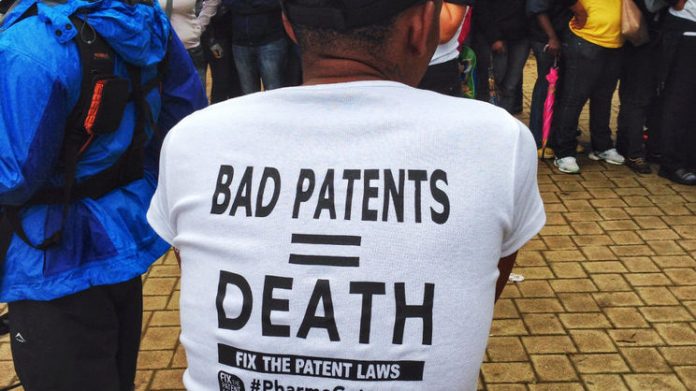 The agreement on Trade-Related Aspects on Intellectual Property Rights (Trips) has disadvantaged many developing countries because it compelled them to grant patents on pharmaceutical products, according to Celestine Kumire from the Southern African Regional Programme of Access to Medicines and Diagnostics (Sarpam).

Trips is an international contract that defines minimum standards for the protection of intellectual property rights to which all signatory countries are bound, according to the World Trade Organisation (WTO). All WTO members adopted the agreement in 1994.

One of the main stipulations under this agreement is that patents on new products or ideas should last for 20 years from the date they were filed. There is some flexibility within Trips, which was reaffirmed by the 2001 Doha Declaration, to ensure that the trade agreement “does not and should not prevent members from taking measures to protect public health”, the WTO states.

In March, activists marched to the Johannesburg offices of the multinational pharmaceutical company Roche to put pressure on the company to lower the extremely high cost of a life-saving cancer drug.

Roche holds a patent on a breast cancer drug in South Africa, which prevents much cheaper generic versions from entering the country until 2023.

Regulatory and policy barriers
In 2012, Sarpam began a project in the 15-nation Southern African Development Community to “use collaborative and innovative tactics to assist counties to tackle regulatory and policy barriers to communities accessing medicines”, particularly by amending local intellectual property policies so that they can make use of the Trips flexibilities.

The organisation met government officials and policy­makers in Botswana, Lesotho, Malawi, Zambia, Zimbabwe, the Seychelles and Swaziland to give “guidance on how to interpret the provisions of the Trips agreement with health generally”.

Malawi, Botswana and Zambia have since “commenced with legislative amendments of the intellectual property laws to incorporate and articulate the use of the Trips flexibilities”.

Kumire says these reforms are at “varying stages” of implementation but all have reached their Parliaments.

Confusion over implementation
But there is a definite reluctance to make use of the concessions, Kumire says, because nations have often not updated their intellectual property legislation to incorporate the concessions, “coupled with confusion” about which government agencies should take responsibility for doing so.

According to Sarpam, “incorporating Trips flexibilities into the laws of a country is only the first step in improving access to medicines” and these “must actually be used in practice” so ordinary people are not denied life-saving treatment.

In 2002, Zimbabwe successfully made use of one of the flexibilities and declared a period of emergency “in order to override ARV [antiretroviral] drug patents for a period of six months”, according to a 2010 paper from Columbia University’s school of law.

Using provisions under the Zimbabwe Patent Act, the justice minister issued a notice declaring the emergency “to enable the government to make, use or import generic HIV medicines” so that they could afford to provide the growing number of HIV-infected citizens with treatment.

Cost of ARVs halved in Zimbabwe
The period was extended by five years to the end of 2008. According to the international health organisation, Doctors Without Borders, local production of ARVs halved the monthly cost per patient for two drugs from $30 to less than $15.

Kumire, who spoke at the launch, says there are a growing number of success stories about access to health products in the region although progress might seem slow. “These things take time; policy change is not a walk in the park.”