A futuristic look: global warming heats up the planet 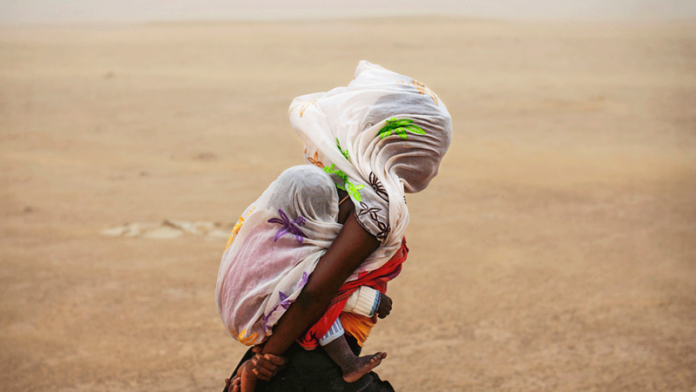 It’s 42°C in Johannesburg. It was 43°C yesterday. My neighbour – a pensioner and avid fan of Star Trek – was taken away in an ambulance because of the heat. He’s dead. The last month of extreme heat overwhelmed him.

I’m exhausted by trying to concentrate all day in the office. There is one good thing, though – tomorrow’s my turn to shower: we have rationing – and the thought of that cold water gives me goose bumps.

Maybe I’ll go all out and make it a big night – celebrate by eating some carrots! Better than the bowl of rice and the anything-goes-in stew I normally eat over several days.

News flash: there’s a riot at my local retailer. Apparently the truck bringing in the monthly haul of fresh meat never made it inside the perimeter. There’s little the army can do: they have other priorities. Oh well. Guess I’ll work late and hope the air conditioning isn’t turned off. If only my parents had taken the science seriously.

We had solutions back then.

Alas for my neighbour, we never did get around to jumping to lightspeed and terraforming a new planet. We just destroyed our own.

We were warned
Back in April 2016, research coming out of Oxford University gave us a date by which humanity needed to move away from any new fossil-fuel burning power: 2017.

The 2°C Capital Stock for Electricity Generation: Committed Cumulative Emissions from the Power Sector and the Transition to a Green Economy research paper said no new plants should be built after that year. Any new plants would add extra carbon into the atmosphere. This would take global warming beyond an average of 2°C.

But even if the world stopped building any new plants, the Oxford team said there was only a 50/50 chance of avoiding a temperature increase that the United Nation’s climate agency said would be “catastrophic”.

A global average increase of 2°C did not seem like much. But that 2°C meant up to a 6°C increase over the interior of Africa during the 21st century.

What happens to our cities?
What follows is a scenario for what South Africa could very well end up looking like in 2050 if every person doesn’t start doing something to lower emissions and pressure politicians to think differently.

The data comes from the Intergovernmental Panel on Climate Change, the World Health Organisation, the Council for Scientific and Industrial Research, and myriad universities.