Goals are the real goal 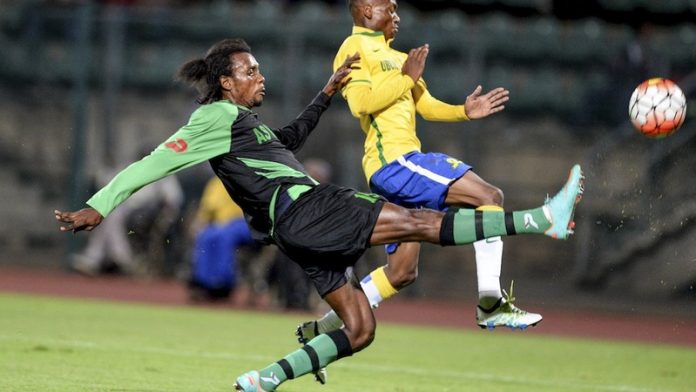 Another night of potential glory snatched away by profligacy in front of goal has become all too routine as South African football continues to fumble about in continental competition.

Next year it will be a quarter of a century since apartheid-induced isolation ended and representative national teams and South African clubs entered pan-African competition for the first time, but a country with enormous advantages over the rest of the continent cannot seem to conquer.

“You have the best league in Africa, the best infrastructure, the television, all the money,” said Congolese coach Florent Ibengé after his AS Vita Club of Kinshasa eliminated Mamelodi Sundowns from the African Champions League in midweek.

He meant no dig but the incredulity about his side being able to come to the altitude of the Highveld, to weather an attacking onslaught, to catch their hosts on a counterattack with a perfectly timed goal and then go on to book their place in the next round was all too clear in his post-match analysis.

Vita Club will now participate in the group phase of the Champions League – where all the marketing and television is disbursed to the eight remaining clubs – leaving Sundowns to rue another failure and drop down now to play in the African Confederation Cup. It is akin to being kicked off the playground by your peers and sent to hang out with toddlers on the jungle gym.

They have only themselves to blame, having patently been the better side but showing little football intelligence when it mattered. There was some woeful decision-making, notably from Khama Billiat, who, for all his pace and ability to turn defenders, remains, despite many seasons of polishing, a hit-and-miss footballer. He alone could have claimed a comfortable hat-trick but there is a limit to your effectiveness if you are playing on instinct alone.

This season he, Leonard Castro and Keagan Dolly have dominated domestically and have earned the popular moniker of “CBD”. On Wednesday night, however, the trio looked like an inner-city slum. Castro’s usually reliable first touch let him down repeatedly and he tired quickly. Dolly was ludicrously scared of the physical challenge posed by the opposition and never went in for any tackles. His priority seems an exercise in self-preservation and, if he ever hopes to play in Europe, he will need to display some element of courage.

It was warriors such as Tebogo Langerman and Thabo Nthethe who tried to drive their club to an elusive third goal on the night, which would have seen them progress instead of going out on the away goals rule. But their best efforts were never going to be enough.

There remains, repeatedly for most South African sides in continental competition, a distinctive inability to put a game away, to convert chances in a ruthless manner that imposes their obvious ability on the opposition.

“Are South Africans too nice?” asked one perplexed reporter of Sundowns coach Pitso Mosimane after the disappointing result at Atteridgeville. He did not have an answer. “What do you think?” he asked the journalist, turning the press conference on its head.

It is much more than a matter of agreeability. The malaise for South Africa is, among many foibles, a culmination of the endless emphasis on entertaining football rather than winning games. There remains a vocal and pushy school of thought that believes in developing a “South African football identity”, using the game to reflect culture and heritage. There are many others who hark back to the days of tricks and the art of bamboozling opponents, when the South African league was more of a circus act than a sport.

This is starkly at odds with the modern game, in which athleticism, power and pace are the overwhelmingly key elements in the recipe.

For as long as South Africans are taught that a clever trick on the ball is better appreciated than the art of scoring, the country will continue to fail to produce players who know their way to the net. The emphasis on a repetitive passing game is narrow-minded and archaic. Instead, coaches need to nurture those who show foresight in the game because a good instinct cannot be taught but it can be developed.

Mosimane was the first to admit South Africa has a long history of playing brilliantly but still losing because of the inability to finish.

It was the curse of his days in charge of Bafana Bafana after the 2010 World Cup. But he could contribute to trying to change this, in a small way, by not pointing out every time he appears on TV how much better his own team played than the opposition, on the rare occasions when they draw or lose.

It doesn’t matter how dominant a team was or how many shots they had on goal in the final analysis. Football’s beauty is its simplicity. Score more than the opponent and you win. This is a simple equation this country seemingly still has to digest.