No sympathy for metals bargaining council amid financial difficulties 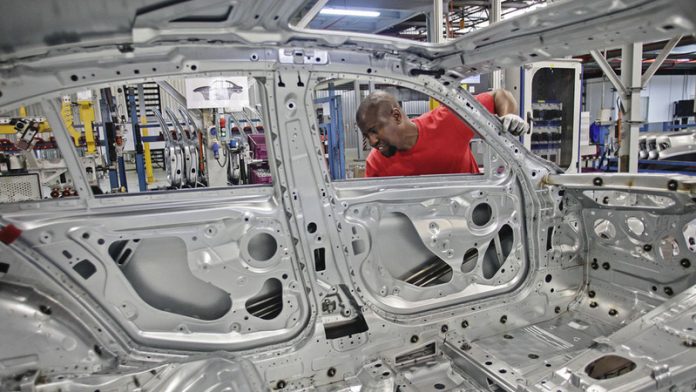 The private sector’s largest bargaining council, the Metals and Engineering Industries Bargaining Council, will only have itself to blame for its demise, according to the National Employers’ Association of South Africa (Neasa).

The council, which represents 300 000 employees and 10 000 employers, has found itself in severe financial difficulty largely because it has not received a levy increase since 2011, and was badly affected when the minister of labour did not extend levy agreements for four months of 2015, resulting in the council using its reserves during this time.

As a result, it has been unable to pay its bills, leading to disruptions in its dispute resolution service.

Unions say resistance from some employers is to blame, although other critics say the council’s dilemma is emblematic of growing dissatisfaction with bargaining councils, which have become inflexible and are being brought down by their own self-interest.

Bargaining councils, according to the department of labour, deal with collective agreements, solve labour disputes, establish schemes and make proposals on labour policies and laws.

The administrative levy, provided for in the Labour Relations Act, is the council’s source of income.

Neasa has 2 200 members that employ 62 000 metal industry workers and represents the smaller employers in the industry. It has often been alone in resisting some of the bargaining council agreements. But now other employer organisations seeking change in the increasingly embattled industry are supporting Neasa in renegotiating the new administrative levy agreement.

Neasa’s legal challenge to the extension of the metal industry wage agreement for 2011 to 2014 resulted in the extension being set aside by the Labour Court. Now the 2014 to 2017 agreement is being challenged and a court date has to be set. The bargaining council agreed on a wage hike of up to 10% following a strike in 2014, although Neasa insisted at the time that many of its members could not afford more than an 8% wage increase, or would face closure.

Papenfus said in a statement the current impasse is of the bargaining council’s own doing. It stems from the trade unions’ refusal to negotiate over Neasa’s demands regarding the current administration levy.

Papenfus told the Mail & Guardian that Neasa has spent R20-million on taking legal action against the bargaining council over the past five years to fight agreements forced on its members. And the bargaining council is using its income from the administrative levy, which Neasa members pay, to fight the legal battle. “We are saying that, if you want an increase, you must spend it correctly. And don’t use our money against us,” Papenfus said.

Financial statements
The impasse is also a result of the bargaining council’s failure to submit audited financial statements to the department of labour, he said. In addition, its own administrative inefficiencies and noncompliance with legislation have resulted in the extension of current levy agreements being delayed.

The general secretary of the bargaining council, Thulani Mthiyane, said, if an agreement on the levy is reached following a meeting with the trade unions on May 10, the council would ask the minister to gazette it and request that it is extended to the industry as a whole, even to those not party to it.

In the statement, Papenfus described the bargaining council as being hostile to the interests of small, medium and micro enterprises (SMMEs), and a platform on which big business, acting through the largest member of the council, the Steel and Engineering Industries Federation of South Africa (Seifsa), can collude with the trade unions, chiefly the National Union of Metalworkers of South Africa, to conclude deals that favour what they believe will constitute stability and labour peace.

Wage agreements reached at the bargaining council, and extended to the industry as a whole, might be agreeable to larger employers but Neasa describes them as unaffordable.

Numsa general secretary Irvin Jim said the union would not give in to the demand of Neasa and other employer organisations that new workers who join the industry be employed at less-favourable terms than existing workers.

“We reject the demand with the contempt it deserves,” said Jim. “We will not sell out workers before they have even joined the industry. Employers would quickly find all the tricks in the book to replace existing workers with new ones under different conditions.”

“The [bargaining council] has set in motion a devastating process of deindustrialisation, a huge contributor to unemployment and consequently economic and social instability,” Papenfus said.

Seifsa, he said, is not as strong in the bargaining council as it once was, with some of its member organisations beginning to break ranks.

Trade unions, through the bargaining council system, have succeeded in raising minimum wages and improving working conditions, although the unions’ need for the council is more for their own financial reasons.