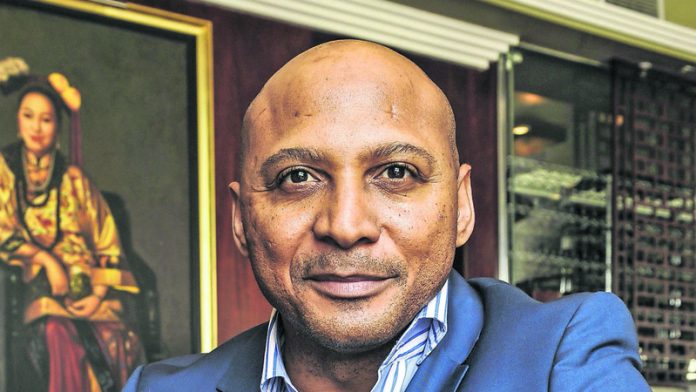 A week after he announced his resignation from the Eskom board, former Vodacom executive Romeo Kumalo has emerged as a key players in a black economic empowerment (BEE) consortium that is tipped to acquire a lucrative stake in Vodacom held by the Public Investment Corporation (PIC).

Three sources with knowledge of the transaction told the Mail & Guardian this week that Kumalo was a key part of the BEE consortium, which was in the process of buying the PIC’s stake in Vodacom.

This comes months after the PIC bought the government’s 13.9% stake in Vodacom for R30-billion. The PIC paid for the Vodacom shares in two tranches – the first one in June 2015 and the second in December 2015.

The government sold the Vodacom stake at a 10% discount to the PIC to finance the R23-billion cash injection it had promised power utility Eskom. The PIC, which invests funds on behalf of public sector entities, is wholly owned by the government.

Responding to M&G questions on Wednesday, PIC chief executive Daniel Matjila did not deny that the investment manager was considering a bid by a consortium led by Kumalo to acquire the PIC’s stake in Vodacom, but would not provide further details.

“The PIC can confirm it has been approached by various BEE consortia to buy a portion of its Vodacom shares. The discussions are ongoing. For this reason, the PIC is unable to disclose further details, considering that Vodacom is a listed company,” said Matjila in a written response.

A close associate of Kumalo’s, who asked to remain anonymous, claimed that Kumalo held a minority stake in the consortium. Kumalo declined to comment on the transaction.

A former chief operating officer for the Vodacom group, Kumalo left at the end of May last year to join his family business. He was appointed to the Eskom board in December 2014. Kumalo announced his resignation from Eskom early this month following an article by the M&G, headlined “The ‘Gupta-owned’ state enterprises”, that linked him to a partner of the controversial Gupta family, Salim Essa.

Although Kumalo acknowledged being a codirector with Essa in a company called Ujiri Mining, until Essa’s resignation in August 2015, he denied any association with the Gupta family.

“While it is a matter of public record that I once tried to venture into mining with Salim Essa, the M&G failed to clarify that the company in question was actually dormant,” said Kumalo in a post-publication letter to the newspaper, after having declined to comment for the original article.

“Secondly, Ujiri Mining has never traded at all nor participated in any lucrative mining deals. The paper also further neglected to clarify that the company has had no direct links whatsoever with the Gupta family.”

In his resignation letter last week, Kumalo said he was leaving the power utility after just over a year “due to time constraints”.

But a source who works in the tele-communications sector says that, following the publication of the M&G article, Kumalo was advised to resign from the power utility and distance himself from anything to do with the Guptas because this could negatively affect the Vodacom share price.

The PIC declined to answer specific questions, including whether it was considering selling all its shares in Vodacom. An industry insider said this was unlikely because it would upset the markets. “They will be selling, but I don’t think they will sell all the shares, because you must remember that both Vodacom and the PIC are among the top 40 companies listed on the JSE.”

The treasury said the PIC had its own governance structures that determine its investment strategy and that it would therefore not be involved in the PIC’s decisions relating to the Vodacom stake.

In July last year, Reuters reported that the PIC intended to sell 25-million Vodacom shares – or 1.7% of the cellular service provider’s shareholding.

Vodacom spokesperson Byron Kennedy said the company would not comment on speculation.

The Companies Act Companies Regulations and JSE listing protocols require certain share transactions to be disclosed. If a person acquires shares amounting to 5%, 10%, 15% or any further whole multiple of 5% of the shares in issue, it must notify the company in question within three business days.

The person would also need to notify the company if they disposed of shares, resulting in them no longer holding a beneficial interest in the securities amounting to a multiple of 5%.

The listed entity in question would then need to issue a Stock Exchange News Service announcement.

In general, company restraints would be concerned with existing and former employees working for the competition and not with the buying of company shares.

Vodacom last month abandoned its bid for telecoms company Neotel, following opposition from MTN and Cell C and what it said were “regulatory complexities”. Vodacom had planned to buy Neotel’s fixed-line assets in a R7-billion deal that would have given it a major footprint in the broadband sector. Earlier this week, Vodacom confirmed that it was now eyeing state-owned internet company Broadband Infraco. – Additional reporting by Lisa Steyn and Jessica Bezuidenhout

The United Democratic Movement leader, Bantu Holomisa, has called for a commission of inquiry to investigate how politically connected business people were granted funding by the Public Investment Corporation (PIC).

In an official complaint, he is calling on the public protector, Thuli Madonsela, to investigate a R40-million payment from the PIC to the ANC during the second week of last month, according to the Business Day newspaper. This allegedly helped the party to pay staff salaries and to pay for its anniversary celebrations held in Rustenburg in January.

Holomisa, according to the newspaper, also said the PIC was about to fund a R1.5-billion transaction to help an overseas-based investment company with interests in the rest of Africa to buy into South African-based assets.

Both the ANC and the PIC have previously denied Holomisa’s claims.

He told the Mail & Guardian the ANC was targeting the PIC to fund the projects of party members’ relatives and friends, which were not ­yielding results.

“They are just misusing the funds on projects that are not getting results,” he said.

A commission of inquiry should look at questionable decisions taken by the PIC management to fund suspect characters.

Holomisa said some of the beneficiaries of the PIC funding were close associates of President Jacob Zuma, such as Sizwe Shezi, whose consortium landed a significant stake in a controversial R1.7-billion deal. Shezi has served as a trustee of two of Zuma’s trusts.