Why the coloured vote has been so elusive for the ANC 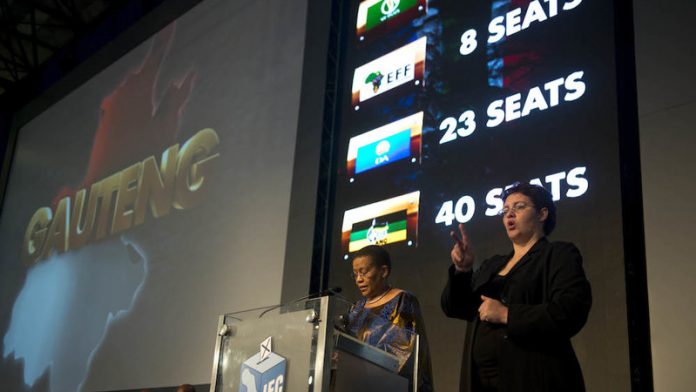 It is unlikely that the decision last year by the ruling ANC to appoint Danny Jordaan as mayor of the Nelson Mandela Bay metro, in the Eastern Cape, will reap rewards in this year’s local government elections, specifically if securing a greater share of the important coloured vote was one of its key objectives. But there is a larger and more important question: why is it that the coloured vote has been so elusive for the ANC throughout the country, including in the Western Cape, where it is still the biggest ethnic group in elections, since 1994?

This question is especially important given two facts. One, the powerful United Democratic Front (UDF) was launched in the biggest coloured township in Cape Town, Mitchells Plain, in 1983. Two, under apartheid the UDF had achieved what no other party had before: substantial unity in action of coloured and African working-class communities around a wide range of common political and socioeconomic demands.

Ever since the mining revolution of the 1850s and the industrialisation of South Africa coloured people have been overwhelmingly working class and poor, largely deprived of a rural base as a means of subsistence, even if meagre, which African workers had and which they could retreat to when they lost jobs and income in the cities. Bear in mind too that coloured people are the only black people in this country who experienced the horrors of classical slavery in the Western Cape: bought and sold as slaves on the market.

So how could the ANC have failed to secure a simple majority of the coloured vote, not only in Cape Town but in most other parts of the country since 1994? This is one of the most interesting and intriguing political questions but one which political scientists and the media have not paid adequate attention to. The black working class consisted overwhelmingly of African and coloured workers. The Indian working class has always been relatively small.

However, today with local government elections a few months away the relevance of this cardinal electoral question is striking, especially since local coalition politics is bound to become prominent in the years ahead, following the significant decline in support for the ANC across the country over the past decade. The coloured vote will be an important factor in such politics and will revolve mainly around whether that vote goes to the ANC or the DA.

The decision to prematurely disband the UDF in 1992, two years before the 1994 election, was the biggest political and strategic mistake the ANC made regarding the coloured vote, seemingly under pressure to do so by the exile-based ANC leadership, which had seen the UDF as a potential opponent or competitor and for many as too militant with its socialistic undertones. The vacuum that resulted from the disbanding of the UDF was assiduously exploited by the Nationalist Party, especially since the ANC was still struggling to re-establish itself in the country after it was banned for decades. The result was that the ANC was roundly defeated in the Western Cape in the first-ever non-racial elections in our history in 1994, from which it has never recovered. That the ANC lost in the birthplace of the UDF – which was overtly pro-ANC – was a massive and tragic irony.

Besides, not many realised that this defeat was historic for the wrong reason: never before did an oppressed and exploited peoples vote for their oppressors and exploiters in their first-ever democratic election, meant to celebrate their liberation from them. Never. It is unheard of in the global history of colonialism and imperialism. This was the most damning paradox in post-apartheid South Africa, the consequences of which still persist to this day. The ANC mistakenly took it for granted that the massive groundswell of support the UDF had, especially in the Western Cape, would automatically translate into ongoing electoral support for the ANC but it was not to be.

Among many other social ills, there is a pervasive sense of disgruntlement within the coloured community of having not benefited adequately from affirmative action, employment equity and black economic empowerment policies, especially in the Western Cape, where they are still a majority.

Today, in a supposedly post-apartheid non-racial constitutional democracy the worst effects of the divide and rule policies of the apartheid period – which was considerably overcome by the UDF – has returned to bedevil relations between coloured and African communities across the country. Just like the biggest beneficiary of this divide in 1994 was the then Nationalist Part, today it is the Democratic Alliance, which has succeeded in capturing most of the coloured vote around the country.

For this the ANC must take primary responsibility, especially since coloured people have always been an organic and inseparable part of the oppressed and exploited peoples of this country. The non-racial fraternity in struggle between African and coloured people of the UDF days is sadly dead. Whereas the coloured and African working-class communities, by virtue of largely similar socioeconomic conditions, should have been natural allies, they seem more apart today than before.

As a reflection of such deep alienation coloured working-class communities, from Manenberg and Elsies River in the Western Cape to Eldorado Park and Westbury in Johannesburg, are riddled with gangsterism, crime, drugs and alcohol abuse. The twin scourges of drugs and alcohol have had a devastating impact on these communities over the years. It is very significant that it is in these communities that the DA has made massive inroads over the past decade, as a direct result of their alienation from the ANC.

So palpably deep is this alienation, especially among coloured youth, that rather than reverse previous electoral trends the elections in a few months is likely to see even further loss of support to the DA. This is unfortunately due to the fact that the ANC has still not imbibed lessons from our history.

Ebrahim Harvey is a political writer, analyst and author.