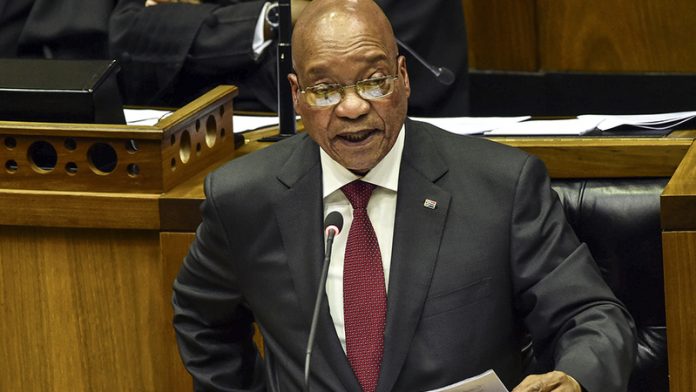 The Seriti commission of inquiry into the 1999 arms deal found no evidence of wrongdoing on the part of the Cabinet of the day or any government official, President Jacob Zuma said on Thursday as he released its report four months after receiving it.

In a live televised address, the president said the commission found no support or corroboration for allegations of corruption in selecting the arms manufacturers contracted by the South African government and encountered not “a single iota of evidence” that any of the “senior politicians in the government of the day” were bribed.

The arms procurement commission, also known as the Seriti commission, was established to investigate the R70-billion South African arms deal which was dogged by allegations of corruption and bribery.

Former banker Terry Crawford-Browne took the South African government to court to force the establishment of a judicial commission of inquiry into the arms deal.

In September 2011, before the Constitutional Court could give judgment on the matter, President Jacob Zuma announced the establishment of the commission to investigate the deal.

The commission’s chair, Judge Willie Seriti, said they had heard 56 witnesses since the inquiry began in November 2011.

Controversy
But it was the subject of controversy, too. Evidence leaders resigned, citing a second agenda at play, and witnesses pulled out of the process, citing concerns about the commission’s true intentions.

As the commission progressed, so-called “critics” of the arms deal began to signal that all was not well.

Dr Richard Young, a fierce critic of the arms deal, told the Mail & Guardian that he believed witnesses at the commission were committing “perjury by omission”.

Fearful that witnesses were not being thoroughly cross-examined, author Paul Holden cross-examined a witness. He, too, believed that a one-sided narrative was emerging: during the commission’s early days, witnesses from the army and the navy were not properly being interrogated.

Holden’s colleagues, authors Andrew Feinstein and Hennie van Vuuren, joined Holden and Young in complaining that they were not given adequate time or access to mountains of documentation necessary for preparing for their evidence.

Holden, Van Vuuren and Feinstein later withdrew their participation in the commission.

Fears abounded that the “critics” were being set up as conspirators, and that the commission was not prepared to engage with evidence: leaked reports and prior official investigations that suggested corruption.

‘Above board’
Former cabinet ministers Alec Erwin, Ronnie Kasrils, Trevor Manuel and Thabo Mbeki told the commission that the entire deal was above board. As did the arms companies, and counsel for the alleged “middle-man”, Fana Hlongwane, Jaap Cilliers.

In January 2016, the Mail & Guardian spoke to whistle-blower Richard Young, whose efforts to get to the bottom of what happened during the arms deal span more than a decade and millions of rands in litigation and research, to get his take on whether there is any hope that the commission’s final report would lay the ghosts of the notorious deal to rest.  Read more: Arms deal report in Zuma’s hands.