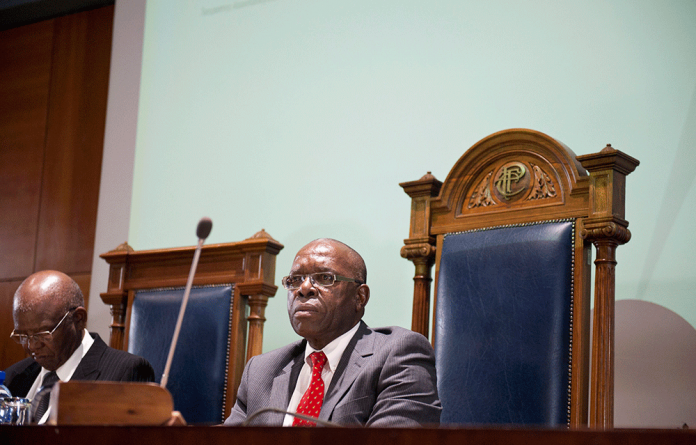 Assuming that President Jacob Zuma’s account is accurate, Judge Willie Seriti’s arms deal commission report is the whitewash many predicted. But few foresaw just how comprehensively it bleaches out the slightest taint of government wrongdoing. That, presumably, is why Zuma has released it before the local elections. Had it been the least bit damaging to the ANC, he would have waited until after August 3.

The report has dashed any hopes that the inquiry would finally cauterise the deepest source of infection in the post-apartheid body politic. Almost five years after it was launched, after hearing dozens of witnesses and costing an estimated R80-million, Seriti appears to have rubber-stamped Zuma’s assertion in Parliament in 2004 that accusations of high-level graft in the deal were “a figment of the imagination”. It found no support for claims of improper influence or graft in the selection of bidders and “not a single iota of evidence” that senior politicians were bribed. Incredibly, it even found that industrial “offsets” promised by bidders have “substantially materialised”.

Warning bells about an unspoken agenda on the commission’s part rang in the first phase of the inquiry, which focused on establishing why the purchase was needed. Under the softest imaginable “cross-examination”, a procession of witnesses, largely from the military, explained the critical importance of the deal in upholding South Africa’s sovereignty and constitutional values.

This set the tone and ideological framework for the rest of the inquiry: critics of the deal subpoenaed to testify in the second phase were treated, as one journalist noted, like “complainants in a criminal matter”, who were expected to discharge the onus of proof.

Witnesses complained of being denied access to documents and of having key documentary evidence blocked by a judge whose highly technical approach ignored the extreme complexity of the deal and the sophistication of those who may have benefited from it improperly.

The inquiry did not seem to have truth-seeking as its goal. One example should suffice: documents shedding light on malfeasance in the deal, including one by German investigators, were ruled out of court because they were not produced by the witnesses who sought to adduce them as evidence.

Evidence leaders resigned, citing concerns about a “second agenda”. Some of the best-informed “witnesses for the prosecution”, such as former ANC MP and arms industry specialist Andrew Feinstein, withdrew.

For the government and the ruling party, Seriti’s feeble report represents the closing of the chapter. They will no doubt be pleased that he says there should be no further official investigations. But an enormous body of evidence has been generated to indicate that politicians, high officials and “consultants” cashed in corruptly – and this remains in the public arena. Journalists and activists will keep digging, and there is a strong possibility of a challenge by civil society to Seriti’s findings. There could yet be major new advances in our understanding of how the largest public procurement in South Africa’s history was contaminated by private greed.

The ANC has welcomed the report. But it may not be the last word.

This was first printed in the Mail & Guardian as an editorial

Zuma petitions SCA in another stab at arms-deal acquittal