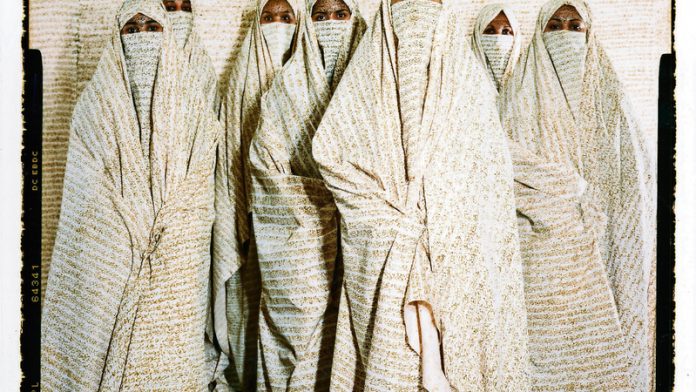 “There’s a real danger, when speaking of African design, in the tendency to have a theme park kind of attitude towards it when it should be the norm, really,” says Cathy O’Clery, curator of Picture Africa, the 100% Textiles pavilion exhibition held as part of this year’s Decorex Cape Town.

The exhibition features 16 installations merging the talents of photographers, textile designers and image-makers and is a precursor to 100% Design South Africa, to be held in Johannesburg in August.

“Younger image makers and designers are using textiles and photography as a form of self-expression; an expression of confidence. Not in a brash way, but rather as a celebration and growing confidence in expressing themselves on the continent – in their own way,” says O’Clery.

Nxgoloko, winner of this year’s Design Indaba Most Beautiful Object, says: “When I design, I have a vision of a new Africa in mind.”

And though his fresh and inventive interpretations of traditional Xhosa print have seen him garnering international recognition, collaboration is, according to him, key to realising this “vision of a new Africa”.

“I’m not a photographer or a stylist,” he says, “so working with photographers and stylists helps me bring my vision to life.”

The designer, who is doing a master’s degree in material futures at London’s St Martin’s, will show a Trevor Stuurman photo of “one of my signature textiles – a wrap from my 2014 Autumn/Winter collection”.

The New York-based Galembo, who has created an extensive body of work looking at ritual-based costuming, says: “My work is all about the textiles; the costume. In fact, I like to exhibit my work as large-scale photographs so that the detail in the clothing can be seen. I’m very interested in creating work people can learn from.”

Putting together work that people can learn from is one of the reasons O’Clery chose to curate this exhibition, she says. “I’d really like people to appreciate the work that goes into textile design. These designers use methods that range from more traditional methods to newer, more experimental methods. Also, I guess I’m always just seeking ‘the new’.

“But,” she smiles, “I know I’m in a place where ‘the new’ is already starting to happen.”

Picture Africa is part of Decorex Cape Town, April 29 to May 2. Visit decorex.co.za