White tears: The most valuable currency 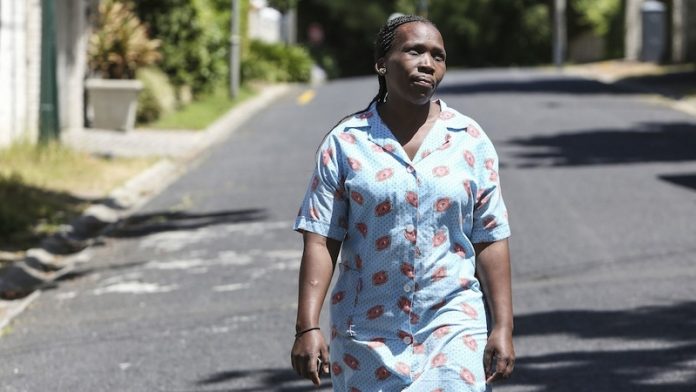 I was a waitress for 10 years. As a student, I waitressed on and off to pay expenses and, as an adult, I waitressed full-time in the United Kingdom for a while to live.

I wasn’t a very good waitress, mainly because I hated having to be fake-nice to horrible people.

For six years I served at a five-star hotel in Cape Town and I would estimate that 80% of the guests I came into contact with were some of the most unpleasant individuals I have ever encountered.

The majority were rich white British people, who had cottoned on to the fact that they could stay at a luxury hotel for two months at a time and pay less than it would cost to drive the Bentley around London over the same period.

Their bills would often amount to several hundred thousand rand, and it was common for them not to tip a cent. One woman used to tip me exclusively in copies of magazines that she’d already read.

Even though our basic salaries were low, I wouldn’t have minded the meagre tips so much if the guests hadn’t been so satanic to us. “Why are you so stupid?” I remember one millionaire spitting in my face, as I tried to explain that the kitchen had run out of saffron lobster or something.

A coloured colleague of mine was informed by another guest that she should find alternative employment as a sex worker.

These kinds of extremely personal and undeserved insults were run-of-the-mill. We all cried a lot, including the male waiters.

I vowed at the time that I would never treat service staff with anything less than respect and empathy. If anything, I now err on the opposite side of things: I will smilingly accept incorrect food orders, for instance, and leave an extravagant tip for an uneaten meal. I should develop some self-respect, but I still have waitering post-traumatic stress disorder.

And so it was that I read about the #RhodesMustFall waitress furore with some ambivalence.

As the story was relayed on Facebook, two black members of the #RhodesMustFall movement wrote in the gratuity section of a bill that their white waitress would receive a tip when she returned their land.

She responded with tears; they expressed glee. Cue a social media campaign that had, at the time of writing, raised R140 000 in compensatory tips for the waitress.

The RMFers’ jibe at the waitress’s expense was silly and mean. It would be one thing if she was an heiress of the Ruperts, or a white family member of Land Reform Minister Gugile Nkwinti.

As it is, 24-year-old Ashleigh Schultz is clearly someone with no influence over national land policy.

She was serving #RhodesMustFall leaders Wandile Dlamini and Ntokozo Qwabe, and in that situation the power is skewed in favour of the patrons rather than the waitress.

Not to tip someone serving you food is – with apologies to our more lexically sensitive readers – a dick move. To accompany not tipping with a political wisecrack is still a dick move.

My waitressing days are still raw enough for me to feel sorry for Schultz, though I would argue that it is more upsetting to have someone detail your stupidity to your face than to have someone write a piece of political commentary on a bill.

But the fact that R100 000 could be collected in a few days to make up for a white waitress being spurned by a black patron is obscene.

Despite what organisers may claim, this can no longer be ­celebrated as an outpouring of kindness. This is a message from white people to black people: we still have the financial muscle to show you who’s boss.

There were no crowdfunding drives to raise money for Cynthia Joni, the middle-aged domestic worker beaten up by a white man in Kenilworth because he believed she was a prostitute.

I didn’t see any for Muhammed Makungwa, the Malawian gardener sjambokked on his way to work in Rondebosch. I must have missed one for taxi driver Michelle Nomgcana, urinated on from the balcony of Tiger Tiger nightclub.

I know what the response to this will be: anyone can start a crowdfunding campaign. That’s not true.

You have to move in a world where online crowdfunding drives are a thing. You have to be able to appeal to people with a disposable income – ideally, a personal network. Most likely, you have to frame your bid in fluent English.

And it helps if you have a platform on which you can advertise your petition – such as the podcast on Cliff Central, which hosted the fundraising for Schultz. (That’s the same podcast, by the way, that claims “feminism is cancer”.)

A minority of the country meets these criteria. And if that minority chooses to exercise its kindness so selectively, what is it saying to the rest? At the least, that some people deserve kindness a lot more than others.