Tu has a new way to give love 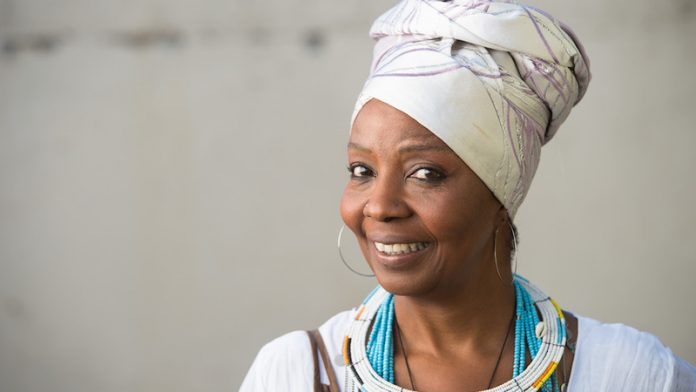 Singer, actress and teacher Tu Nokwe is trying to enter a new word into our lexicon: polymotion. It has to do with how her thinking has evolved about intimate relationships. “It’s based on freedom, but also love; but not a love that binds or changes, but one that is totally free in a responsible way.”

Nokwe says, when she watched a documentary on polyamory some time ago, she realised that how she conducted her relationships fell outside of that ambit and therefore needed a distinct definition.

She says polymotion is about having the freedom to enjoy multiple emotionally intimate relations while having a steady romantic partner; hence the etymology “poly emotion.”

Nokwe says that for as long as she can remember women in the throes of marriage would complain among themselves about their husbands’ indiscretions, which marked a change from the freedom and openness that had characterised their courtship.

“Even before I had a boyfriend I used to question how, when people get married, you can see the forces [change],” she says at our interview in a Jo’burg restaurant. “You can see that the man is still doing what he likes, while the woman becomes more and more submissive.”

As she cultivated her own friendships, she decided that those relationships — be they with males or females — would never be severed or neutered by an intimate partner.

“Whoever is going to be with me at a level of intimacy that is sexual is going to have to be my equal,” she says. “If they are going to be considered my husband — even if I will not be married in a conventional way — they would have to understand that my freedom stays the same. Responsible, but totally free.”

This aspect is key. Although Nokwe says she can only pursue one sexual relationship at a time, she reserves her right to share a bed, have freeranging discussions and make music with the men in her life. “I trust that this person [a man who is not her lover] is not going to turn around and say: ‘Hawu Tu, awenze phela [Hey Tu, can I get some?].’”

For Nokwe, who has a 20-year-old daughter with the late jazz pianist Bheki Mseleku, “sex doesn’t govern one’s life. Sex is something that comes from the creative chakra. So I can release through creativity or many other ways. It comes from a place of procreation. People always freak out because they think polymotion is about sex.”

Nokwe’s first lover was Mseleku, who she says was intensely jealous even though he had multiple lovers himself. “And because he broke my virginity he didn’t want anybody else to look at me,” she remembers. “So he was suffering and he’d make me suffer.”

Mseleku’s initial attempts at paying ilobolo were obstructed by Nokwe’s parents, who thought their daughter was still too young. It didn’t stop the lovers from grabbing a Bible, huddling under a tree and pronouncing themselves “married.”

Their relationship, however, was marked by negotiating Mseleku’s other liaisons as well as long distances between them and long periods apart. “The way I wanted to be free, I even allowed him to be with someone who wanted to be with him.” Mseleku’s professional life was dominated by exile, with time spent in Botswana, Stockholm and (mostly) London.

Nokwe says this heightened the tension and the intensity of their relationship. “There was a time in London after a 12-year gap,” she recalls. “Someone gave him the address of the hotel I was in without my permission. When he called me on the phone, he said: ‘Lovey, usangithanda? [do you still love me?]’ That was beautiful … We were like 16-year-olds.”

Nokwe says she would not see him on that occasion, for it would have spelt a dramatic change in her circumstances. “I felt safe, as well, because I was living my full life, so no one was controlling me,” she says, adding that she was not quite ready to play housewife.

Their only child together was conceived around the time of Mseleku’s mother’s funeral about 20 years ago, when he travelled to South Africa to see to his ailing mother. Nokwe says even though the window of conception was only 48 hours, they parted ways certain that they would receive “a gift”.

Polymotion, as Nokwe describes it, can best be understood as a lifestyle of both restraint and freedom; the freedom to love anyone you choose but the restraint to have only one sexually intimate partner at a time.

I ask her whether it took her a while to speak openly about her relationship choices and, with typical composure, she says: “No, I just didn’t know how to describe it … Women see my openness as a voice for them. Because it is something you think [about] internally but you think people are going to say you are evil or loose.”

With polymotion, she says, the onus would be on the jealous individual to work through their own insecurities. “And it’s not my problem to help you through that, you just have to rise. I believe that I am a soul who has come here to remember who I am on a higher level and the way that I grow is by relating with other people and learning from other people.”

The paradoxes of polyamory

Cheating Mrs Penguin is no different to women who cheat

When three is not a crowd