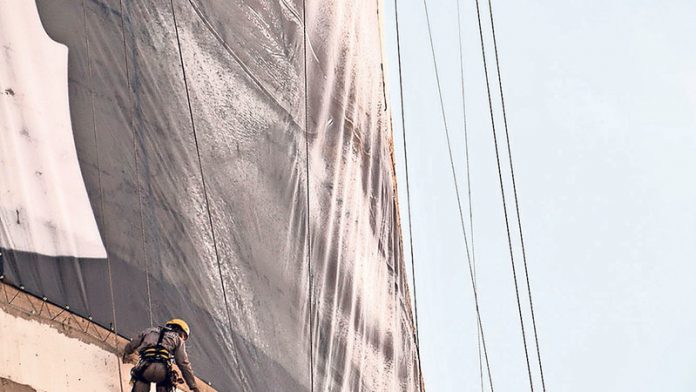 ANC leaders have been quietly working on an exit strategy for President Jacob Zuma, who is expected to vacate office before his second term as head of state comes to an end in 2019.

Several ANC leaders who spoke on condition of anonymity told the Mail & Guardian this week that Zuma has indicated he will be willing to step down early to save the integrity of the ANC.

A team of senior ANC leaders will present a report to the party’s national executive committee (NEC) two weeks from now, with recommendations about Zuma’s political future.

The team – made up of members of the party’s national working committee and NEC – have been crisscrossing the country over the past few weeks to speak to ANC branches about the damning Constitutional Court judgment on Nkandla.

An ANC NEC member who was part of the consultative process said that ordinary ANC members appreciated the fact that the organisation consulted them before taking a decision on the Zuma matter.

“I love President Zuma, but I can’t be part of those who want to destroy the ANC,” the NEC member said. “What will be in the best interest of the ANC is if [he] steps down from his positions, but he need not leave immediately.

“This country requires a unique intervention. We are not at the point where we can dismiss the project of the revolution. It can’t be that the organisation must disintegrate because of one man. South Africa is putting its hope in the ANC.”

Although the ANC top brass have accepted Zuma’s public apology, party leaders are increasingly realising the serious damage done to the image of the 104-year-old liberation movement.

“There are comrades who say Zuma must resign now and those who say we will die with him as a person. Both positions are wrong. Whatever we do, we must ensure we don’t destroy the ANC,” said another NEC member.

But party insiders said the last thing the ANC wants is for Zuma’s exit to divide the party, which is why it is making sure the president is on board. “If you fight for an individual, where is the ANC? We are going to deal with this. We will talk the truth,” said the NEC member.

ANC secretary general Gwede Mantashe said the party was working hard to find a solution that would make everyone happy. He also said the party could not afford to agree with the two extreme positions held by some ANC members: that Zuma must leave office now, and that he must not go at all.

“If you say he [Zuma] must not go at all, you are showing society the middle finger. And if you say he must go now, you are destroying the ANC. We have to find a [middle-ground] solution. Any [decision we take] must not destabilise the ANC or the country,” said Mantashe.

He dismissed suggestions that the ANC was hatching an exit strategy for Zuma. “We are working on ensuring the ANC weathers the storm and restores the confidence of the people,” he said. Asked what middle-ground solution the ANC was hoping to find, he said: “I don’t want to assume the outcome of the NEC.”

Mantashe said ANC leaders had consulted regional structures around the country, with only the Gauteng regions remaining.

Another ANC leader, who is sympathetic to Zuma, said he was aware of discussions to get the president to vacate office after the municipal elections, but did not agree with the move. “I think it will be a big mistake if Zuma thinks this is about him. This is an offensive against the ANC. My view is that he still has a big role to play in the ANC and the country. If he goes, there won’t be unity. I don’t think he himself will have peace.

“If he gave up the baton now, he will intensify the forces that want him to go. The opposition says Zuma is a problem. But the [actual] problem [the economic crisis] won’t go away even if he goes,” said the party leader. He added: “[ANC] veterans are missing the point by saying Zuma must go. They are dancing to the liberal tune of morality.

“But the reality of the matter is that you can’t afford political problems when you are in economic crisis. If you remove Zuma now, there will be serious problems. Some [ANC] leaders are part of the problem.

“If he goes, the ANC will not recover. We are facing a possible downgrade. We can’t afford this. He [Zuma] must only step down as president of the ANC and the country in December 2017,” said the ANC leader.