Why I cherish my inconvenient friendships 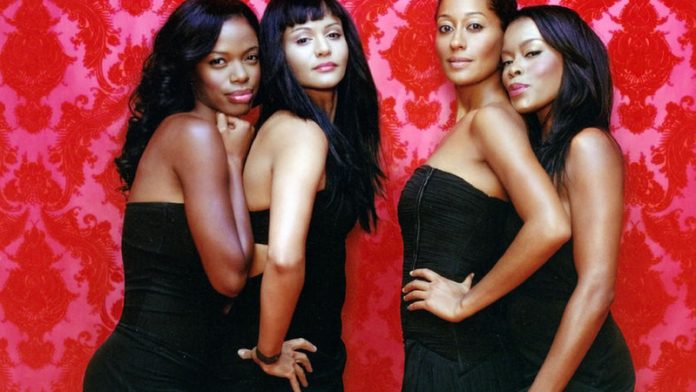 I have a surprise for you when we get home.”

“Oh, really — what is it?” I ask, perplexed as to what she could have bought me.

It’s after sunset and we are driving to some friends for dinner and a chance in front of their fireplace. I’ve been at work all day, while she has been at my flat doing personal admin and resting. After a moment of comfortable silence, unable to contain herself, she unsurprisingly reveals the surprise. “Okay, I moved your furniture around. It wasn’t working the way it was and I think this new way looks better.”

I smile. The joy travels from my face to the rest of my body. It drapes my foot, which jerks the accelerator as we turn into Boxer Street. We laugh.

I haven’t seen her in two years.

And before that I hadn’t seen her in five years. We became women together in the pernickety confines of a girls’ school. We were the dark-skinned ones with a confidence we were never supposed to have, bonded by an ability to see through the filters of small-town school life but too scared of our parents to be real rebels.

She was the isiXhosa teacher’s stepdaughter but did not need the social crumb that the title “teacher’s daughter” usually gave to new kids. She was special. On her visit to my school, during a games evening when we were 12, she came with her stepmother, dressed in a lime-green T-shirt with the words “Too bad, so sad” written on the front. Her mushroom haircut was tinged orange by the sun of 1997 and for someone who was only going to be joining our school the following year, she had a lot of what we called “attitude” then.

She scowled at those of us who had gone to her stepmother’s game stand pretending we were interested in Stake-Your-Claim. “How is this girl going to make friends here with her arrogant glares?” we wondered, laughing at her hairstyle.

When she showed up at the beginning of the following year, it was us who leaped at the opportunity to befriend her on the day that she did eventually crack a smile and reveal that infectious laugh. Everybody liked her, even the ones who didn’t.

By the time we matriculated, she was my very best friend and would say the things I was thinking when I didn’t have the courage to, who fought with as much passion as she loved, who taught me how to sneak out, who stood up for me when I wasn’t there, who stood alone when the school wanted to punish her for refusing to relax her hair, who grew to be a potent and beautifully complex woman.

The next morning, as I’m getting dressed for work, she raises her brows and grins: “I don’t agree with the bottom half of that outfit. But I know why you like it.” I laugh, tell her that I don’t care and leave the room to go and brush my teeth. With the brush in my mouth, I look into the mirror and watch water leave my eyes. “England doesn’t deserve her,” I swallow. In that moment, I remember how much I miss being this known by a friend, which is a different kind of bond to that of a partner, a parent, a sibling or the friends one meets later in life.

This short time with my dear friend has healed parts of me that didn’t even know they needed healing. Friendship in the era of ethical activism, of moral movements, of wokeness, of competing politics of identity, of sisterhoods and brotherhoods birthed by struggle and kept alive by virtual visibility and a common ideological enemy — all of this has taught me the difference between convenient and inconvenient friendships.

There is irreplaceable value in both. At times, the convenient ones have survived on my ability to show off, to excel, to posture, to slay and to practise the critical theories that built these friendships. The inconvenient ones, much less glamorous and submerged in a different part of the memory, are built on eyes exchanging looks over time and space. They usually just require me to show up.

Iimbali, a regular column by Friday editor Milisuthando Bongela, is a space for stories and other narrative-based social analysis.

All the knowledge we do not know yet

"Recovering ancient hidden knowledges, as long as we are responsible with them, is important considering how many ills there are in our society."
Read more
Friday

​Learning to trust curiosity over fear

"What a funny sight it would be to see power dynamics neutralised by something as ordinary as friendship".
Read more
Friday

Is the articulation of anger helping to create more value around women’s safety, our lives and our needs in relation to the men in our society?
Read more
Friday

What does blue-ticking mean for building trust?

How has our digital communication affected our relationship to the concept of seeing each other’s humanity?
Read more
Friday

The bitter pill of being just to a meanie

After an encounter on the plane Milisuthando Bongela concludes that: “When given the choice to be right or to be kind, always choose to be kind.”
Read more
Friday

Some histories to keep our interracial friendship honest

"It’s not that I wanted to be white. But I wanted them to accept and like me and I was all too happy to jump through the hoops."
Read more
Advertising
Continue to the category
Politics