War of words: 3 contradictions between Zuma and the ANC 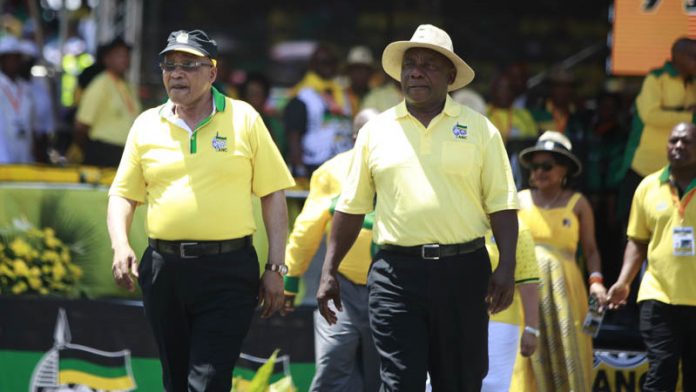 Despite an official ANC investigation into the extent to which its senior leaders are being influenced by business people, President Jacob Zuma still believes the phenomenon is being over stated.

His comment to the Gauteng ANC provincial general council not only contradict remarks made by both the finance minister Pravin Gordhan and his deputy Mcebisi Jonas, it also seeks to downplay a threat which the ANC’s Gwede Mantashe warned could relegate South Africa to a mafia state.

President Jacob Zuma retains the prerogative to appoint cabinet ministers. However, since taking office in 2009, Zuma has established a tradition of having the ANC’s Gwede Mantashe seated next to him, as a way to remind ministers they are being deployed by the ANC and not Zuma himself.

Zuma has positioned himself as a consultative leader. However, the president’s continued insistence that his appointment of Des Van Rooyen was not misplaced, and the gratitude from leaders such as Cyril Ramaphosa that the decision was changed, reveal that the leadership is not singing from the same hymn sheet.
Read more: Zuma reined in by top brass

It’s no secret that Zuma maintains a good relationship with the embattled chairperson of the South African Airways board, Dudu Myeni. In the midst of suggestions that SAA may require a private equity partner to continue trading profitably, and doubts around the government guarantee, it comes as no surprise that Zuma voiced his support for those at the helm of the airline.

On a monitoring visit to SAA this month the president seemed to contradict the finance minister call for better governance at the airline and a shake up of the board. 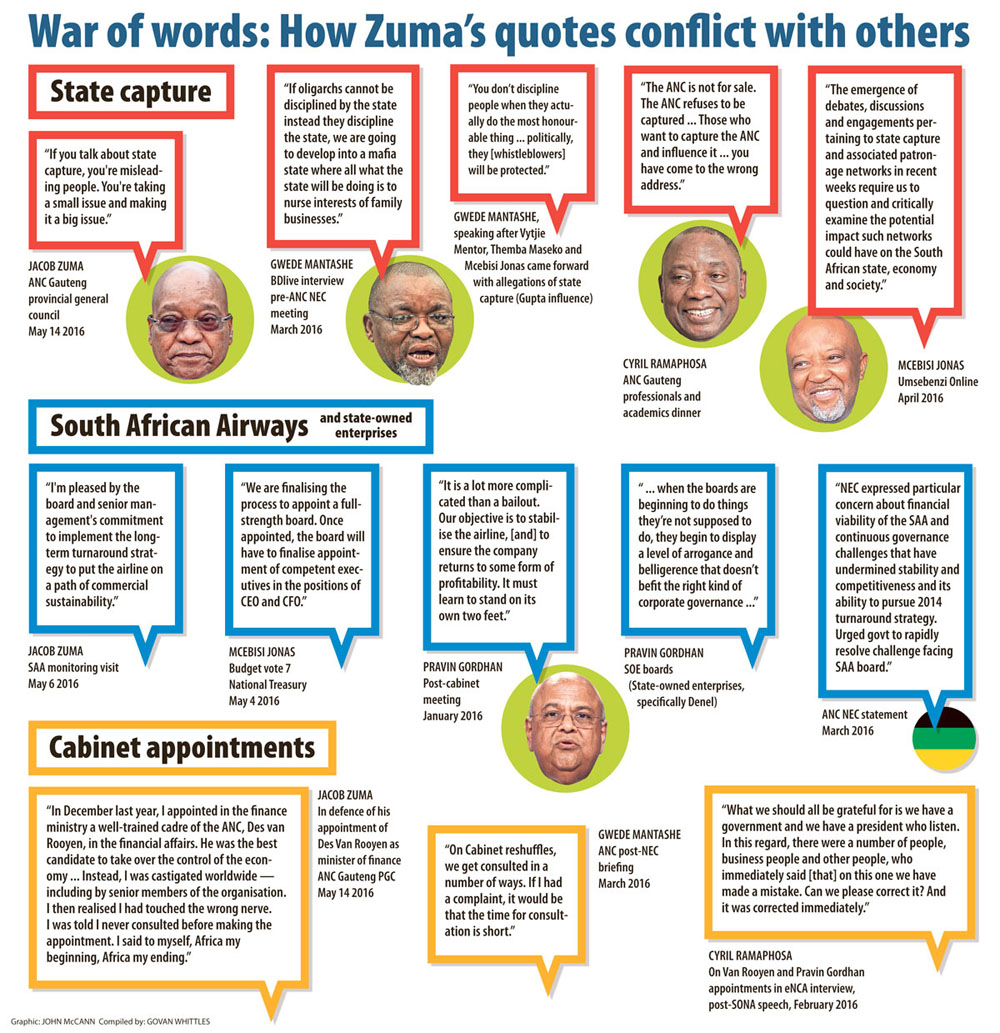