Put Dutch courage on the menu 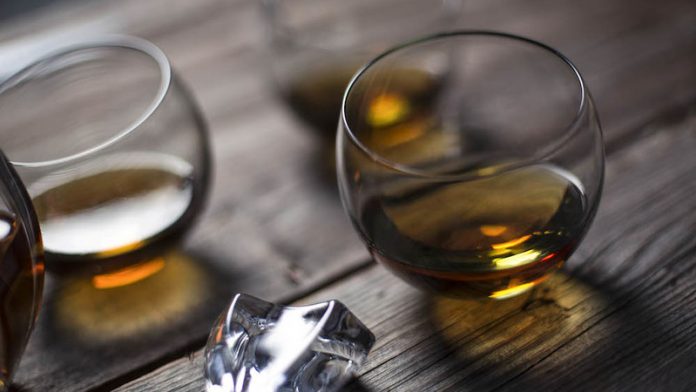 Brandy, a South African cooler box staple, may be one of the least complicated of tipples. Locally it’s known as “brannies” or “Klippies and cola” and for its tendency to lead to bar brawls, but there is more to the amber liquid than Dutch courage.

That phrase originates from the Dutch ships that brought the distilled wine to the shores of Table Bay more than three centuries ago. Since then, brandy has become a firm favourite in South Africa’s bars and homes, but very little is known about its rich history.

The word brandy – also known as brandy wine – comes from the Dutch word brandewijn, which literally translates as “burnt wine” to describe the distillation method the Dutch used to preserve wine when it was carried aboard ships.

Today, South African brandy is officially the best in the world, with Van Ryn having recently won the title of best worldwide brandy at the International Wine and Spirits Competition and Klipdrift Premium being named the world’s best brandy at the World Brandy Awards.

I learn all of this from Danie Pretorius, general manager at the South African Brandy Foundation, as he welcomes guests to the Ginger & Lime cooking studio in Cape Town to launch the [email protected] initiative. We are learning how to incorporate brandy into dishes that can be prepared in our kitchens at home.

Chef Denise Levy – who owns Ginger & Lime and hosts its various cooking courses and events – explains how she built the evening’s menu by experimenting with different types of brandies to discover what was possible.

“It was difficult to stop once we got started,” she says. As she and her team learned more about the wide variety of South African brandies, their creative juices in the kitchen couldn’t be stemmed.

According to Pretorius, the exceptional quality of local brandy is owed to strict legislation and traditions that dictate how it is made.

By the time guests are ready to try their hand at the first course – a beetroot-cured salmon with a pink peppercorn and horseradish crème fraiche dressing – we’ve learned just what goes into the production of a fine brandy.

The highest-quality wine (called a base wine; in South Africa, mainly chenin blanc or colombar is used for this purpose) is distilled in copper potstills to be turned into what is called low wine, and then distilled again and aged in oak casks for at least three years – but up to 30 years, in some instances.

The time spent in the oak casks – called maturation – is when the brandy gets its distinct amber colour.

He and his colleagues at the brandy foundation – started in 1984 to represent the local industry – have been working hard to change the perceptions of brandy in South Africa.

“We launched the Urban Brandy Campaign to reposition brandy as an accessible and versatile high-quality option to enjoy as part of a fresh cocktail, paired with top chefs’ creations or savoured with an artisanal coffee and chocolate after a meal,” says the foundation’s director, Christelle Reade-Jahn.

And with winter settling in, warming up at home with your favourite local varieties of brandy may be the answer to spicing up dinner parties, she adds.

“[email protected] showcases how brandy can be part of entertaining at home – from easy-to-mix brandy cocktails infused with fynbos flavours or enriched with fragrant spices to basic recipes that showcase our crafted brandies to perfection.”

Reade-Jahn is optimistic that changing perceptions hold the key to a new frontier for brandy in South Africa.

“The future of South African brandy is extremely exciting. Our brandy masters have proved to be the best in the world and we are ideally positioned to continue to drive exports and claim our place among the top spirits producers globally,” she says.

Score the fat, taking care not to go through to the flesh. Lay skin side down in coarse salt for 20 minutes with a weight on top. Brush salt off very well. Put the ice on a tray with cling wrap over it.

Put the duck skinside down to chill with a weight on it for 15 minutes. Dry well with a paper towel, and then generously rub Chinese five-spice powder on to the skin side.

Put duck breast-side down on a cold, thick-bottomed stainless-steel pan, and heat up gently. Spoon fat off as it renders and keep this aside. When the skin has released all the fat, turn the breast over. Cook the other side for about five minutes. Then pop it into a cool oven (140°C) in another stainless-steel pan for 10 to 20 minutes. It should still be pink inside. Let it rest for about 10 minutes before slicing diagonally.

To deglaze the pan (while duck is in the oven):

Put two tablespoons of butter in the pan, then add two chopped shallots (or red onions) and let these caramelise well. Add a can of drained, chopped litchis. Cook well. Add an extra teaspoon of Chinese five-spice powder, three tablespoons of Hoisin sauce and black pepper. Add the brandy and chicken stock, and reduce this by half. Pour the glaze over the breasts and garnish with julienned spring onions and coriander.

Toast the spices gently in a heavy-bottomed pan to release the aromas. Remove from the pan and grind half of the mix in a blender, and put this through a sieve to take out the hard pieces. Keep the other half of the spices whole.

Melt the butter in the same pan, and add the brown sugar. Stir well so that the sugar melts and add all the spices, whole and ground. Simmer and then add in the plums. Let them cook slowly, stirring all the time. Add in the brandy, cranberries and vanilla paste and stir well.

Let this simmer for about five to 10 minutes, then remove from the heat. Allow this to steep for a few hours, to infuse the flavours. Then put the plums into an oven dish, and crumble a tub of ricotta over the top. Place under the grill for 10 minutes or until melted.

Sprinkle pistachio nuts, pomegranate rubies and mint leaves on the top for decoration.

It’s not a case of jobs or lives. Jobs are lives

This entails putting them at the centre of national strategies, but doing it without high CO2 releases
Read more
Africa

We should learn from history that prohibitions tend not to work, even if the intention is good
Read more
Advertising
Continue to the category
National