Quest for truth in doccie on MK cadre 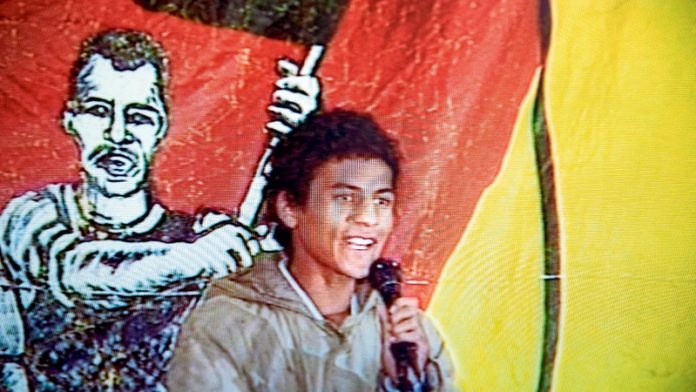 Ashley Kriel was known as the Che Guevara of the Cape Flats: a 20-year-old Umkhonto weSizwe cadre who called for militant action against the apartheid government.

He died at the hands of police in 1987 and his death has been cloaked by misinformation for 29 years. Now Cape Town filmmaker Nadine Cloete has put Kriel’s story in the spotlight again.

University of Cape Town graduate Cloete (29) was working as an intern at Rainbow Circle Films when she saw archive footage of Kriel for the first time.

“It moved me deeply. He got stuck in my head and didn’t let go. I didn’t plan for the film to be released now; it just worked out that way,” says Cloete of Action Kommandant, her film about Kriel’s life that’s screening at the 2016 Encounters documentary film festival, showing in Cape Town and Johannesburg until June 12.

“I have worked on the film for about six years and for it to be released in the year we are commemorating the 40th anniversary of June 16 1976 is a blessing.”

Action Kommandant is her first independent feature-length documentary. It premiered at the Seattle International Film Festival on May 27.

In his testimony at the Truth and Reconciliation Commission, police officer Jeffrey Benzien said Kriel was shot accidentally during a scuffle at his home in Athlone. But Kriel’s family is adamant that his death was no accident and that he was murdered by the security police.

Action Kommandant has allowed them to tell their story and also led to the reopening of Kriel’s case earlier this year.

“I never dreamed that the Hawks would be reopening the case,” says Cloete. “I hope the release of the film accelerates these investigations.”

According to the findings of forensic scientist David Klatzow, hired by Kriel’s family to investigate his death, Kriel was shot “from a distance” and not accidentally at close range. This, plus Cloete’s film, has proved a vindication for the Kriel family.

“It was not easy for them to see some of the material,” says Cloete. “But they feel it is important that the public be exposed to the truth.”

Cloete recalls that working on the documentary was traumatic at times, particularly the photographs she uncovered as part of her research. “The most traumatising event was seeing the pictures of Ashley taken after he had been killed. Seeing him handcuffed in those images was crazy.”

But getting access to archives was not always easy and she relied on the personal records of those who knew Kriel and his story.

“Images in the film come from Benny Gool, Jimi Matthews and Craig Matthew. There is also the famous image of Ashley taken by Rashid Lombard.”

Cloete also sourced footage of Kriel’s funeral from Associated Press. “It was stressful. AP was supportive but I paid for the material to be digitised.”

Funding, she says, was a difficulty she faced throughout the making of the film. “The initial funder was the National Film and Video Foundation, which got the ball rolling by approving research and development funds in 2011.”

By last year Cloete needed R75?000 to complete her project, which she received from Independent Media.

Funding is only one of the difficulties she has had to overcome in her career. “There are moments where I am the only female of -colour in the room. Then I feel like I have to represent my entire race and gender, which is a lot of pressure to not mess up,” she says.

But, she adds, her experience as a woman of colour does enhance her work. “I’m very aware of not representing tired stereotypes and strive to tell stories from the inside out.”

This is how she has told Kriel’s story – paying homage to him and his community. “I’ve come to see Ashley as more than the icon. He is a real person to me now, and I hope that comes across in the film.”

A usefully awkward encounter with Verwoerd