Ban on black boerboel exports at the heart of breeders’ row 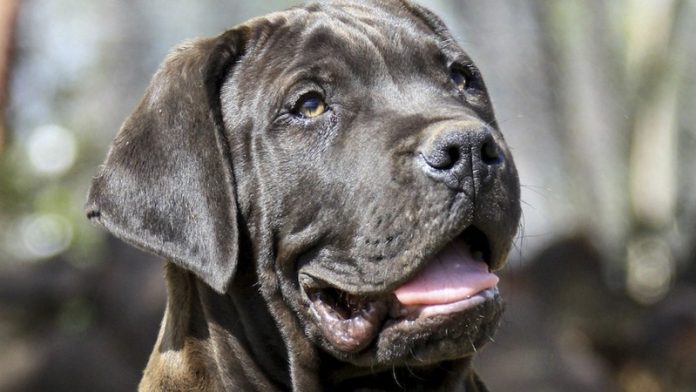 A group of South African black boerboel breeders is preparing to take the government to court over a ban on exports of the dog breed.

The group claims the ban is unfair – and that the state had reneged on its promise to start a commission of inquiry into the breed’s legitimacy.

The boerboel, known for its brown coat, originates from South Africa, where it was initially bred to guard farmhouses. The breed has been classified as a protected species by the department of agriculture forestry and fisheries (DAFF).

The government now wants proof that the black boerboel was not genetically bred to drive up prices. To drive the message home, it placed a moratorium on the advertising and sale of the dog in February, promising a commission of inquiry into the matter.

The exact origin of the dog remains a mystery, with some breeders speculating that it was created through a mix of native breeds and mastiffs brought to the country by Dutch settlers.

Jan van Riebeeck famously brought a bullenbijter with him when he settled on the shores of Cape Town in 1652 – his dog is believed to be one of the first boerboels to breed in the country.

Then in the 1920s, diamond mining giant De Beers imported European mastiffs to guard its operations in the country.

The government’s decision to ban black boerboel trade has outraged breeders. A dog fetches anywhere from R5 000 locally to R10 000 on the international market, mostly buyers from the United States.

The commission of inquiry, which was also to investigate allegations of the illegal trade of boerboels, has yet to materialise. The government argues that trade must be stopped until the breed’s purebred status is established.

“In the interest of the boerboel breed, and in order to ensure its sustainable conservation in the Republic of South Africa, the so-called black boerboel is not recognised as a breed in terms of Animal Improvement Act. The department is still awaiting a scientific report on the black boerboel from South African Boerboel Breeders Society (SABBS), after which it may be lawfully regarded as a breed,” DAFF spokesperson Steven Galane said in a statement.

The ban has divided the SABBS, the breed’s official representative body in South Africa, with some breeders insisting that government should be challenged as soon as possible, while others have agreed to wait for the results of a lineage test.

In the meantime, a group of black boerboel breeders has lodged an appeal with DAFF over the conduct of the registrar of animal improvement, Joel Mamabolo, who they claim is behind a conspiracy to stop them from trading.

SABBS was due to hold its annual general meeting at the end of this month, but it has been postponed in the face of uncertainty about the outcome of the appeal and the tests.

“If we hold this meeting, we’d have to make decisions and vote on issues that may change pending outcome of the appeal at the end of July. The SABBS committee felt we should deal with [everything] after the tests are done,” SABBS board member Koos van der Westhuizen told the Mail & Guardian this week.

Not all the breeders support the decision. This month fellow board member and black boerboel breeder Johan Kruger wrote a scathing open letter, published on social media, in which he attacked Mamabolo.

The special general meeting “is a reflection on the steering committee’s inability and/or unwillingness to address the registrar’s irregular decisions and actions … while the registrar is currently only objecting to the colour black, there is no telling what he may decide to do next … He might insist that dogs that don’t have a perfect bite are disqualified. It may sound ridiculous, but it is no less devastating than banning black boerboels trade …” Kruger wrote.

Van der Westhuizen distanced his organisation from Kruger’s statements, but agreed that the Animal Improvement Act did not prohibit the breeding of black boerboels. “We would want as many breeders as possible at the special general meeting in September, and we would want to invite Mr Mamabolo to the meeting to give his side of the story,” he said.

He added: “As long as the SABBS does not violate the Animal Improvement Act we are okay and the law does not say anything about not being able to breed black boerboels. The person who enforces the law has a responsibility to apply it correctly.”

​Black boerboel wins round one in thoroughbred dogfight

A sensible climate policy must balance the imperative of decarbonisation, socioeconomic policy and security of supply considerations
Africa