Bicycles can mean freedom, but here’s how SA dealers fixed the price of your ride 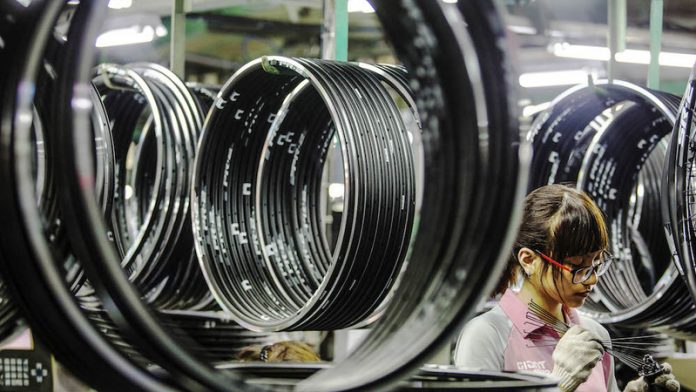 It’s one thing to find out that you have been paying more than you should for your bicycle and parts because of a cartel, but it’s another thing entirely to be told by a cartel member to “get on your bike” when you voice your outrage.

It was Coolheat Cycle Agencies’ managing director, Stephen Meltzer, who responded in this way to angry cycling enthusiasts on the website TheHubSA when the minutes from a meeting of colluding bicycle wholesalers and retailers were first exposed in 2008.

Meltzer has been described as the “doyen of the cycling industry”, of which he has been part since 1979 when he founded Coolheat. He came in for heavy criticism from the Competition Tribunal last week when it threw the book at two cycling wholesalers, handing down judgment in the long-running bicycle cartel case.

In total, 11 bicycle retailers and six wholesalers had already admitted colluding, but two were adamant that they had done nothing wrong and so went before a tribunal hearing in May last year.

But the tribunal decided otherwise and found both Omnico and Coolheat Cycle Agencies guilty of price-fixing, fining them R4.6-million and R4.2-million respectively. They have 120 days in which to pay the fines.

Omnico was given a 50% discount on its fine because it had only implemented the collusive agreement in a limited way, but the tribunal fined Coolheat the full possible amount because of Meltzer’s behaviour.

In its judgment, the tribunal pointed out that Meltzer was in attendance throughout the hearing but chose not to testify. It also criticised his dismissive and condescending attitude on TheHubSA, where the minutes from the meeting on colluding were first published in September 2008, sparking the Competition Commission’s investigation.

In response to an irate public comment on the website, Meltzer wrote that “the minutes on TheHubSA are not entirely the same as what was actually mentioned in this meeting. There are a lot of issues, which have been relayed, which have been incorrectly minuted. Do yourselves a favour, get on your bike and go enjoy yourselves.”

The tribunal’s judgment reads: “One would have expected him in such circumstances to be enthusiastic to provide the tribunal with an explanation of his posts rather than leaving readers thereof with the impression that he ridiculed those who expressed outrage at the alleged collusion.”

A fellow colluder, Fritz Pienaar of Fritz Pienaar Cycles, said he was “disappointed” that some industry players who had supported the proposal to increase margins distanced themselves from the decision when they saw how angry consumers were on TheHubSA.

The brazenness with which the cycling industry organised itself into a cartel is startling. During the hearing last year, the tribunal heard testimony about meetings that were organised in 2008 to set the recommended retail selling price for all bicycles and parts.

The agenda for a meeting held on September 10 2008 at the Midrand Conference Centre, which more than 200 people from the industry attended, states explicitly that the subject is “margins in the bicycle retail industry”.

Revealingly, the last item on the agenda is “price-fixing concerns”.

Pienaar confirmed at the tribunal that, as minuted, he said at the meeting: “Many of you are concerned that this may be some form of price-fixing; it isn’t and this is not illegal.”

Pienaar was also implicated in allegations of threats and coercion against another bicycle wholesaler, Probike, which initially refused to be part of the meeting because of concerns about collusion.

Probike did not attend the first two meetings, held in May and June 2008.

Probike’s Brandon Els expressed his concerns about collusion to Pienaar in late August 2008 after being invited to the third meeting.

Pienaar is alleged by Els to have responded with the threat of a group boycott against the wholesaler.

“Mr Pienaar made it clear in my boardroom that retailers who attend the meeting would be encouraged to cancel their accounts with Probike if it did not support the initiative to raise the mark-ups,” Els told the tribunal. “I felt that he was threatening Probike to ensure we attended the meeting.”

The tribunal’s judgment records: “According to Els, it was this threat that made him decide to send [Probike employee Dave] Wyatt to the September meeting.” But Pienaar denied threatening Probike.

Following the publication of the minutes of the meeting on TheHubSA, Els said he distanced Probike from the proposed margin increases.

He told the tribunal that after that there were “just short of 10 retailers” who cancelled their accounts with Probike.

“I believe these were closed as a result of Probike refusing to increase its recommended retail pricing to the retailers, and due to the views I expressed on the Hub about the proposal to increase the prices of cycling product,” Els told the tribunal. “Those accounts were retailers that I know to be affiliated to Mr Pienaar.”

The tribunal’s judgment brings to an end the commission’s investigation into the bicycle retail and wholesale sectors.

Trump says Mueller investigation report should be made public

Austerity is an assault on the poor

Cycling is still an uphill battle