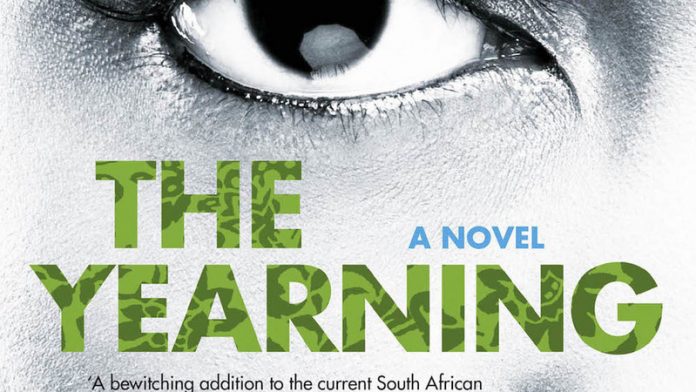 In The Yearning, protagonist Marubini’s blissful, urbane life is upended by an insistent inconvenience. In the boardrooms of a wine farm in the Western Cape, and in her bedroom as she caresses her green-eyed French-Moroccan lover, Marubini’s peace is slowly coming undone.

Could it be “the calling?” Could it be an unresolved childhood issue, or could it be, as the doctors speculate, epilepsy?

Mohale Mashigo’s debut novel seeks to unravel these questions in a narrative that is concerned with the present, but only in so far as it is beholden to the past.

The story darts back and forth to resolve this entanglement.

Marubini has inherited a long-standing family tradition, something she has yet to reckon with as she tastes success in the corporate world. It is a world in which she is the capable black person, helping the company market its products to the once ignored but now lucrative black market.

Living in contemporary, post-apartheid South Africa (perhaps before 2005, as Polokwane is called Pietersburg), Marubini is the picture of contentment: a sea-facing flat and a small but dedicated support structure of friends, colleagues and a lover.

But Marubini’s seemingly perfect life is, unbeknown to her, a mask papering over a traumatic childhood and a family secret that involves the whereabouts of a missing father. The book is about how her past literally draws into herself, so that she may discover these truths and therefore become complete.

This “yearning”, which comes in the form of dreams and apparitions of singing schoolchildren, overcomes her physiologically, forcing her to move back home temporarily. She spends a large part of the story resisting these disturbances, until she can no longer maintain a public life.

Veering from the past to the present to elucidate these complexities, the story moves between Cape Town, Johannesburg and Pietersburg.

It kicks off at a friend’s birthday dinner in Cape Town where Marubini meets and quickly dates a French-speaking restaurateur. Pierre moves from fixing the service at his restaurant to waking up in Marubini’s bed.  The quick introduction of this relationship also sets the tone for the briskly formulated characters and the uneven pacing.

It typifies how many of the subplots unfold and how more than a few of the characters are developed in the book.  As Pierre is often the first to witness the physical ramifications of Marubini’s “seizures”, one empathises with him as one does with the protagonist, but only in so far as they both do not know what they have coming.  Mashigo’s characters are brief, hazy sketches, constructed with a thriftiness that renders them skeletons. But this does not hurt the authenticity of the book.

For all the self-serving liberties she takes with them, they seem to speak to a proximity that is heartfelt, as if Mashigo is pulling them out of real life experiences, and forgetting to embellish them for the benefit of the reader.

There is a relatable and riveting ease with which Marubini’s life unravels. The simplicity of Mashigo’s prose suggests the confidence she has in her storyline.

But her timing is sometimes idiosyncratic, which finds her pulling back and, at times, unleashing honesty at unexpected moments.

Early on in the book, one gets the sense that Marubini’s partner is only interested in kissing her temples, until a nifty love scene is depicted soon after.

The characters we understand with fuller depth are her family members.

Mashigo’s personal investment in this story is contagious, even as she is circumspect with the risks she takes. Pierre’s virtual whiteness, in the backdrop of Cape Town, for example, begs for more exploration. And what of Genevieve, the coworker who pronounces names with exactness and seems to have an in on Marubini’s condition? One gets the sense that she is going somewhere with this subplot until the thread dissipates, never to resurface. Genevieve seems like an attempt to offer commentary on coloured identity that was later dropped.

Towards the end of the book, as “the yearning” to connect to an “estranged” family member becomes visceral, Mashigo’s prowess with conveying atmosphere comes to the fore. It’s a bewildering sequence, with the author conveying the instability of Marubini’s life with requisite determination.

The shout on the front cover of The Yearning has author, playwright and academic Zakes Mda waxing lyrical about Mashigo’s writing talent. All his descriptors are true.

Mashigo’s voice, however, is yet to come out into its fullness. The Yearning gives a compelling sense of her grasp of many worlds and her inherent honesty in relaying them. But there is a nagging sense that there are topics she is tiptoeing around.

Project to give away 100 000 books to encourage childhood literacy