June 16: There’s no such thing as a lost generation, it’s time to invest in our youth now 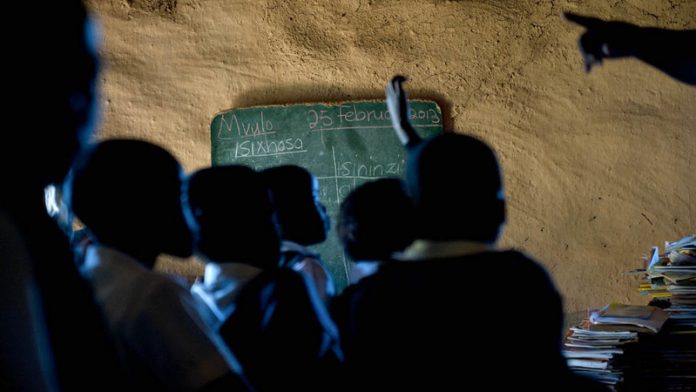 In scrutinising the turning point of the youth commemorations, we should be alarmed by statistical predictions that by 2020 young people will constitute about 70% of the total population in Africa.

With the current 60% of our country’s citizenry being young people, it becomes even more crucial for the government and private sector to invest in this sector of our society for they are our future.

During this 40th year anniversary of youth struggle for equal opportunity, we call on “young people to move South Africa forward”. We remember the likes of Tsietsi Mashinini, Seth Mazibuko, Khotso Seatlholo, Mbuyisa Makhubo, Tokologo Legodi, Antoinette Sithole, Hector Pieterson and many other young fearless combatants who paid the ultimate price of death for the heroic and revolutionary role they played in objecting to the discriminatory apartheid education system.

We also acknowledge the progress achieved in transforming our education system in particular and society in general.

It’s important to encourage the youth of today to know the horrible experiences of the past, such as the events of June 16 1976 and beyond.

This enriches our history and reminds us that our democracy was not attained on a silver platter. It was achieved through a fearless and at times bloody struggle across our country and around the world as the international community condemned apartheid as a crime against humanity and lent its support to liberation movements.

Furthermore, art centres such as Freedom Park and the Hector Pieterson Museum, erected to preserve this horrible history should be opened even more widely, for young people to learn more of our struggle for freedom. We dare not forget the brutality and inhumane character of the apartheid regime at the time. Many of our young people were killed and thousands of unarmed and innocent school children were injured.

The dawn of democracy in 1994 saw the shutting down of death factories and the opening of the doors of education of all, providing young people opportunities to realise their full potential. But, we still need to pay attention to the remaining challenges facing young people today, such as unemployment, lack of adequate skills, HIV and Aids, teenage pregnancy, drugs and alcohol abuse among others. All of these challenges require no ordinary solution but a new sense of urgency. The establishment of the Ministry for Youth in the Presidency, the Ministry of Small Business Development and the reconfiguration of the National Youth Development Agency among others, continue to indicate government’s commitment to respond to these aforementioned challenges.

Young people fall into the period of life from the beginning of puberty to the attainment of adulthood. This period is usually attended by many problems as they “struggle” to fit themselves into society. The word “problem” doesn’t necessarily imply that youth is assumed to be a period in which storm and stress predominate, it can be a period marked by good health and high achievement.

The most fundamental problem facing young people today is unemployment. Consequently, the challenge of unemployment means more financial worries, frustration and discouragement. Unfortunately many may not be sufficiently mature to cope with such problems, as a result they go in the undesirable direction of delinquency, drugs, vandalism, criminality and so on.

As a result of this reality they would then compensate for their feelings by taking part in public protests and at some point destroying the very same infrastructure developed to improve their living conditions. These problems are invariably compounded by peer pressure whereby young people are forced either consciously or unconsciously to become involved in those antisocial activities.

The demographic trends, such as an increase in youth populations that do not coincide with commensurate employment or other opportunities for growth and personal development, will ultimately exacerbate the multidimensional risk factors such as increased poverty and inequality, unemployment, inadequate services and health provisions.

Addressing the challenge of youth unemployment
The National Development Plan envisages that in 2030, the economy should be close to full employment, equip people with the skills they need, ensure that ownership of production is more diverse and able to grow rapidly, and provide the resources to pay for investment in human and physical capital.

Government continues to create an enabling environment for investment in our economy through the adoption of progressive policies, working together with the private sector through various structures such as the National Economic Development and Labour Council, the labour and business working groups to mention a few.

In this regard, the government has established the employment tax incentive to further create an enabling environment for youth employment creation. Furthermore, government has set aside an amount of R1.7 billion to provide support for small and medium enterprises owned by young people.

While acknowledging these important initiatives from government to combat the curse of unemployment, such as the internships and contracts jobs, other methods that can be adopted include measures aimed at creating conditions that reduce unemployment. These would include programmes for retraining in order to provide young people with new skills that are in demand. Secondly, subsidies and other incentives to encourage workers to move out of areas of labour surplus into areas in which labour is in short supply could be explored.

One other method that can be adopted to curb the problems that arise out of unemployment among young people, involves providing relief or protection from the financial hardships of unemployment. For instance, a compulsory unemployment insurance system could be adopted in which workers and their employers contribute to a fund out of which payments are made to those young people who are eligible for work but cannot find work instead of the low-key youth wage subsidy that would perpetuate values of oppression and exploitation.

Increasing access to education
Government has further built 795 schools, about 78 new libraries in addition to 304 that have been upgraded. Moreover, about 80% of our public schools are now no-fee schools and 9 million children are exempted from paying school fees. Currently, about 9 million children receive free meals at school as hunger must not prevent children from poor households from performing at their optimal level in school.

This encourages young people to strive for high education in order to qualify for the very skilled labour force required by industry such as in construction, engineering, science and technology. Our country should also assist young people in the development of entrepreneurial skills.

An area of huge concern, and which poses a problem for young people and their parents is sex and dating, which brings about problems of teenage pregnancy and sexually transmitted infections. Some parents today are prepared to give their children some latitude as far as dating and sex are concerned. In contrast, some parents are very overprotective, restricting their children from going out with the opposite sex, thus, many young people are prevented from learning the valuable experience of adjusting to other persons.

Another serious matter affecting our youth is the abuse of drugs and alcohol. Indications are that between 7.5% and 31% of South Africans have an alcohol problem or are at risk.

In this regard, parents, schools and the church are urged to play a meaningful role in deepening the adopted charter of good values and promoting wholesome relationships.

In conclusion, there is no such thing as a lost generation, it is a generation that must find its way more comfortably and productively in a rapidly changing country and world. By investing in a focused and strategic way in this generation, we are guaranteeing a great future for our country. Oliver Tambo once said: “The children of any nation are its future. A country, a movement, a person that does not value its youth and children does not deserve its future.”

South Africa stands to benefit immeasurably across all elements of the social fabric when we invest in the development of our young people.

Sam Matome Bopape is a former youth activist and currently working in the Presidency. He writes in his personal capacity.

Belinda Beresford
Belinda Beresford is an award-winning journalist and the former health and deputy news editor of the Mail & Guardian. She now lives in the United States.
Facebook
Twitter
WhatsApp
Linkedin

Heed the youth on climate change