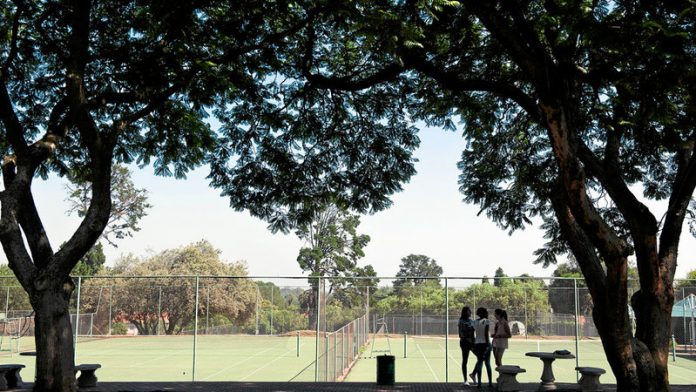 South Africa’s super-rich and middleclass families are so desperate to secure places for their children at local “Ivy League” private schools that they are enrolling them before they are born.

The country’s second most expensive private school, Michaelhouse, confirmed this week that more than 30 families, including two who were expecting the “imminent” birth of their sons, had applied for enrolment in grade eight at the school for 2030.

This comes in the wake of latest statistics from the department of basic education which, according to the Mail & Guardian’s calculations, shows that pupil enrolment at private schools increased by 58 463 between 2011 and 2014, from 479 958 to 538 421.

This week, private schools confirmed that black pupil enrolment was increasing because many parents perceived the bulk of the state schools to be dysfunctional. Curro Holdings, which owns 110 private schools, said at least 66% of its 41 864 pupils were black.

A new player in the private school sector, Sizwe Nxasana, who is also the chairperson of the National Student Financial Aid Scheme (NSFAS), and his wife, Judy Dlamini, are planning to build a string of affordable, independent schools in the country and the rest of Africa.

The director of marketing at Michaelhouse, Murray Witherspoon, said the increase in enrolment could be attributed to the curriculum and the public’s fear that state options “don’t open as many doors”, especially internationally, as the Cambridge or Independent Examinations Board curricula do.

“Registrations have been increasing for the past three or four years. Certainly, demand has been on the up.”

Witherspoon confirmed that black pupil enrolment has been increasing, adding, “mostly because of improved communication and support on our part that our brand is desirable and attainable”. The annual tuition and boarding fees for this year at Michaelhouse amount to R221 950.

Rob Long, the second master at St John’s College in Houghton, Johannesburg, said the increase in the number of black pupils at their institution was encouraged because it was “consistent with our values and ethos”.

Commenting on the trend of parents trying to secure a place at the school as soon as their child was born, he said parents felt they stood a better chance of getting their children into their school of choice by doing so. “We don’t allow parents to register their unborn children. They can only register them after birth.”

Colin Northmore, the head of Sacred Heart College, said there would be only eight places available in grade eight for new enrolments in two year’s time. “There are 12 places available for next year.” He said black middle-class families had always sent their children to his school and would continue to do so.

“But wealthy black families, I think, are starting to seek out the prestige they perceive to be attached to some of the monastic schools. They will seek out a perceived Ivy League school because they want to have bragging rights. I think it’s misguided but it’s the truth.”

Northmore said, despite there being very high-performing public schools, he believed that the public education system has failed the country.

“I am deeply critical of the current curriculum that is on offer to children in South African schools. The Caps [curriculum and assessment policy statements] is, I think, the absolute wrong direction to take our education. It’s a very content-heavy curriculum, a very scripted, minimalist curriculum. We are not teaching children to become critical thinkers but to become rote learners.

“The longer this curriculum persists, the more difficult it is going to be for children to compete internationally,” he said. “If I was doing that [the Caps curriculum], it would close the school. Our teachers are incredibly innovative. We are doing project-based learning. We have our own critical thinking skills programme at school. For example, we teach children to develop apps for the iPad.”

Andries Greyling, the chief operating officer of Curro Holdings, said the global trend indicated that private schools were moving towards making up 20% of the total number of schools.

He added that a lower teacher-pupil ratio in state schools would enhance curriculum standards. Greyling said Curro Holdings would have built another 49 schools by 2019.

Lebogang Montjane, executive director of the Independent Schools Association of Southern Africa (Isasa), which has 709 member schools in South Africa, said 39.6% of learners attending its member schools were black African and 47.7% white.

Nxasana and his wife, who are the founders and sole shareholders of Future Nation Schools, want their schools to achieve a 100% bachelor studies pass in every matric class.

Nxasana is the former chief executive of FirstRand and Dlamini, a medical doctor who moved into business, is chairperson of pharmaceutical company Aspen and the Mbekani Group, which has operations and investments in health, facilities management, tourism, fashion retail and retail property.

Nxasana said the intention of Future Nation Schools is to produce African leaders who are passionate, confident, excel in what they do and are ready for the 21st century.

Said Nxasana: “I’m involved with NSFAS but I believe it’s important to come up with new ways of learning and teaching using innovation and focusing on things like entrepreneurship, leadership, African languages and African studies. It is also important to promote the culture of critical thinking and of problem-solving among our students at the foundational level, from preschool right up to when they get to higher education.”

Nxasana is also the chairperson and a trustee of the National Education Collaboration Trust (Nect), a partnership between the government and civil society to achieve better educational outcomes for the country.

“We put together Nect to mobilise the private sector, civil society and unions to work with government and the department of basic education to improve the quality of education. We are already operating in 4362 schools in eight education districts in five provinces.”

He was appointed to head a ministerial task team that would advise the government on alternative financing and operating models for funding poor and “missing-middle” students.