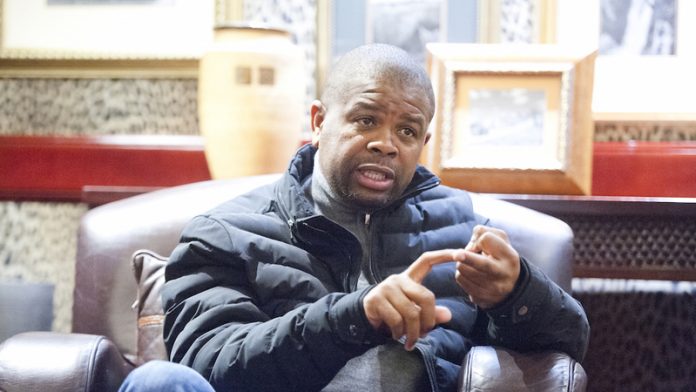 In legal arguments that will form part of his high court application to have Madonsela’s provisional and final reports on Prasa reviewed and set aside, Montana labels her findings against him as biased, irrational and unsubstantiated.

He lashes out at Madonsela for having investigated matters that were still before the courts – something he maintains she doesn’t have the authority to do.

Montana also accuses Madonsela of having had clandestine meetings with Prasa chairperson Popo Molefe days before she released her report, to plot his downfall.

Madonsela’s final report, titled Derailed, was released in August last year and found that, under Montana’s leadership, tenders worth millions of rands were allocated to friends, Prasa employees and board members.

Madonsela recommended that disciplinary action be taken against Montana and his colleagues. She also asked the treasury to conduct a forensic investigation into all Prasa tenders and contracts worth more than R10‑million and awarded since 2010.

Montana now accuses Madonsela of failing to conduct proper investigations before she made her findings. “The public protector clearly allowed herself to be used as a tool to further the agenda of Popo Molefe in removing me from Prasa,” said Montana in court papers.

He accuses Madonsela of ignoring crucial documents provided by him and other parties, claiming that her agenda was to create an impression that he was corrupt.

“The use of [the word] maladministration [in Madonsela’s reports] is unfair and suggests that my conduct was criminal, which is strenuously denied. The use of that word is unwarranted, baseless and driven by an agenda other than meting out justice and the truth,” argues Montana.

He says Madonsela violated the Public Protector Act by failing to explain why the findings of her final and provisional reports differ so vastly. “I can only surmise that the deviation in both respects is, in fact, driven by ulterior motives which bear the result of casting aspersions over my conduct as the group [chief executive] and me as an individual.”

He said the “glaring discrepancies” between the findings of the two reports include the fact that the provisional report found against Prasa, whereas the final report made findings against Montana. “There is no explanation for these discrepancies,” argues Montana.

He further accuses Madonsela of ignoring a Deloitte report, which cleared him of any wrongdoing, despite the report having been provided to her office. Montana also dismisses Madonsela’s assertion that she doubted the authenticity of many documents submitted by Prasa as evidence.

In her responding affidavit submitted to the Pretoria high court last month, Madonsela rubbished Montana’s claims that her investigation was biased and accused him of using delaying tactics to stall the implementation of her proposed remedial action.

The Mail & Guardian reported two weeks ago that Prasa wanted Swifambo Rail Leasing to pay back an amount of R2.6‑billion for a tender awarded in 2013 to supply 70 locomotives to replace the rail parastatal’s ageing fleet.

The first consignment of locomotives that arrived were the incorrect height for Prasa’s rail infrastructure.

Montana described as “curious” Prasa’s decision to oppose his application to have the final report reviewed.

Prasa board chairperson Molefe denied allegations that he secretly met with the public protector in a plot to oust Montana. He described Montana’s accusations as a public campaign to discredit the office of the public protector and the current Prasa board. “The facts are simple, Mr Montana resigned voluntarily. It was his wish to leave the company and the Board simply relieved him of the need to serve his notice period,” said Molefe.