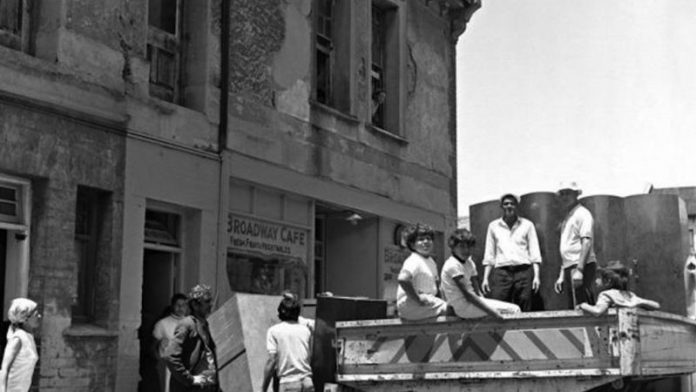 Religious leaders have added their voices to calls to stop the sale of the Tafelberg school site in Sea Point, Cape Town, because they believe the site holds the potential for being a symbol of healing, unity and desegregation in the city.

In letters sent at the beginning of June, as part of the public consultation process, they pleaded with Western Cape Premier Helen Zille to rather consider the site for centrally located affordable housing.

The sale of the site to the Phyllis Jowell Jewish Day School was put on hold after workers and the Reclaim the City campaign went to court to question the use of the land.

The provincial government -reopened the public consultation process in May as part of a settlement made an order of court.

At the close of consultation on June 9, Zille’s spokesperson Michael Mpofu said the provincial government would carefully consider the submissions within 30 working days, as required by the court order.

The Anglican Archbishop of Cape Town, Thabo Makgoba, said the church strongly supported efforts to provide mixed-income housing as it would help to undo the city’s apartheid spatial planning.

“Our parishes across the city were devastated by the introduction of the Group Areas Act and we are still experiencing the damage that was done to social cohesion by people being torn out of their neighbourhoods and dumped on the Flats in forced removals,” Makgoba said.

Bishop Augustine Joemath of the Moravian Church said it was heartbreaking enough to have been part of the District Six community that was torn apart by apartheid.

Although past memories could never be wiped out, he believed brave steps could be taken to build a new future.

The imam of the Claremont Main Road Mosque, Dr Rashied Omar, said very little had been done to correct past injustices and expressed concern that selling the land would entrench not only “the racial -segregation of apartheid but also financial segregation and thus class segregation”.

The Reverend Alan Storey of the Cape Town Central Methodist Church said transforming the site into affordable housing was a chance for all to reclaim humanity because it presented an opportunity “for our hearts of stone to take on flesh again as we fix a tiny fragment of our -broken past”.

Concerned Quakers in the Western Cape supported the call for the state-owned land to be used for affordable family housing. They said the site could be used to narrow the “enormous gulf” in living conditions between families living near the city and those far out on the Cape Flats.

Gerhard de Vries-Bock, dean of the Western Cape circuit of the Evangelical Lutheran Church in Southern Africa, appealed to the Western Cape provincial government to stop the sale to give working-class citizens the chance to live and work closer to the city’s economic hub. – News 24 Wire