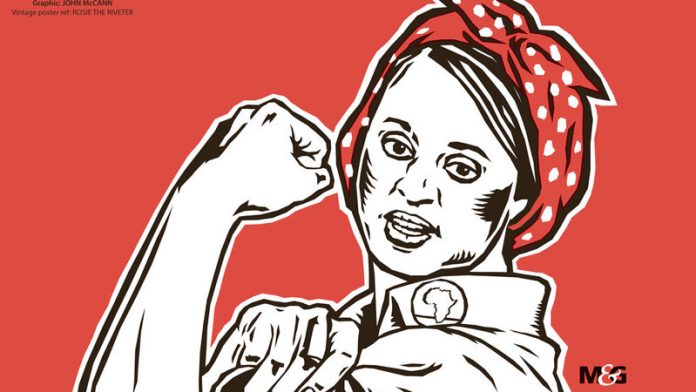 When I was thinking about doing this address to the top 200 young South Africans selected by the Mail & Guardian, I had to think really deeply about what this platform and this opportunity actually mean.

Besides being an obvious, nice addition to the honours and awards section of your LinkedIn profile, I think there is potentially a great social good to be derived from this. When we are acknowledged for the things we do by a reputable paper such as the M&G, there is a level of street credibility that is attached to that and, essentially, you can leverage it to further your endeavours and extend your networks.

Beyond that, though, and given our history, South Africans tend to place sacred value on media publications with a healthy track record of honourable journalism and thought leadership.

So when the M&G puts out its annual list of 200 Young South Africans, the rest of South Africa actually listens.

Such moments and such events, for me, are extremely valuable in showcasing some of the talent we have in this country. But it goes beyond that.

My belief is that, at this time, when the nation-building project is being contested every day, it is imperative that we use every opportunity and every platform afforded to us to take this country – and, ultimately, our continent – closer to where we want to be.

In practice, that means that we recognise important things about this moment.

First, we must acknowledge the privilege we have to gather on a week night at a nice conference venue with good food and wine while we are surrounded by a sea of poverty.

We must acknowledge that our being here speaks to our power as a collective of individuals to curate our moments of success in such a way that they can be removed from the places and people to whom we perhaps owe these successes.

While we are here, several students have been suspended from their university campuses for calling for a free, decolonised education (which was promised in 1994, by the way) and these students have few options available to them.

While we are here, there are still three bodies trapped underground at the Lily Mine in Barberton, while the mine’s management goes about -trying to find money to continue operations again.

While we are here, Tshwane continues to burn and our own state media casually and confidently report that nothing is burning.

Economically we are in very difficult times and socially we need to undo the “reconciliation is an event” paradigm and acknowledge that reconciliation is a process. In political governance we lack courageous -leaders who share a commitment to truth and integrity.

As a nation, we are not on the same page about the kind of South Africa we want and, ultimately, the kind of Africa we are interested in. Over the past year, our social consciousness has been shaken and we are slowly starting to look at ourselves more closely in the mirror.

The place of catharsis that was conveniently bypassed when we entered the democratic dispensation is now forcing its way into our most intimate spaces. South Africans young and old are now being forced to deal with the ghosts of our very present past and we are having to do this publicly in rather unpalatable and unpretty ways.

As a young person, I have been subject to this process as well. I have a mixed background. Being born Nigerian, raised in South Africa as a black woman, adopting isiXhosa and Afrikaans as languages I love and speak with pride, and having gone to an ex-model C school and from there into my university days, I have learned the ways of assimilating into white spaces and navigating male-dominated spaces in order to access the things I wanted.

There is hard work that goes into this process of learning and -unlearning the things you were taught as a matter of survival.

I have found myself on a journey to reread and reinterpret the one-sided -histories that had been shoved down my throat throughout my academic career.

As I alluded to a few weeks ago at a different event, the challenge of being young in South Africa, perhaps, is having a past that you can never know enough about and -having a future that was prescribed for you by those who themselves weren’t sure of what that future would look like.

We are, however, embarking on that journey to learn more, to find out more and make our own conclusions about the kind of institutions and society we want to build.

Each and every one of you deserve to relish this moment and you deserve to be flourishing and living your best life. In discussions with many of my friends, the phrases “living my best life” and “flourishing” are thrown around often.

So, as random as it sounds, I started to think about this statement: “living my best life”. What makes this phrase so pertinent, so relatable and so true for my friends and me? What if living our best lives is so centrally important to us that it receives airtime in our conversations?

I concluded that this was a phrase of self-affirmation and self-validation that we had adopted. Especially as young black women, our successes are always categorised as exceptional, out of the ordinary, as being sponsored by a tender or a blesser, but never expected to be the default.

Our successes also tend to come at such a personal and psychological cost that they cancel each other out.

And so for me, to live my best life has come to mean to live a life that is unapologetic inasmuch as it pertains to the way in which I see myself and the things I have achieved or still want to achieve.

Allow me to channel my attention to those who identify as women.

This year, as in every other year, we have heard horror stories of victimisation and abuse against women, across the country. With the naked protests at campuses, women’s bodies (and the bodies of nonbinary and queer individuals) are still being policed in 2016.

So it is important to emphasise that even if we were to walk down the streets naked in all our glory, with our breasts dancing in the noonday sun and our bottoms demanding to be honoured as they led the way to our freedom as women, we would still be the only owners of these sacred carriers of life.

That a woman’s lived experiences and access to humanity is to be censored by a world dominated by male privilege and the toxic expressions of masculinity attached to it is unjust. We cannot live our lives in fear of rapists, nor should we live our lives in the kind of reductionism that forces us to make ourselves smaller, whether physically, intellectually or spatially.

To make ourselves smaller would be to relegate ourselves to the -footnotes of history books and forego our place as the authors and the custodians of history as it starts, -continues and ends.

As women, we owe it to ourselves to rise and break down every barrier and every limitation that is placed on us by the spaces that we occupy simply because we carry a womb.

We are human and we have a right to be, to live and to flourish.

Lovelyn Nwadeyi is a consultant for an asset management company and an independent researcher. This is an edited version of her keynote address at the launch of the 2016 M&G 200 Young South Africans. Read the full speech at mg.co.za/ysaspeech