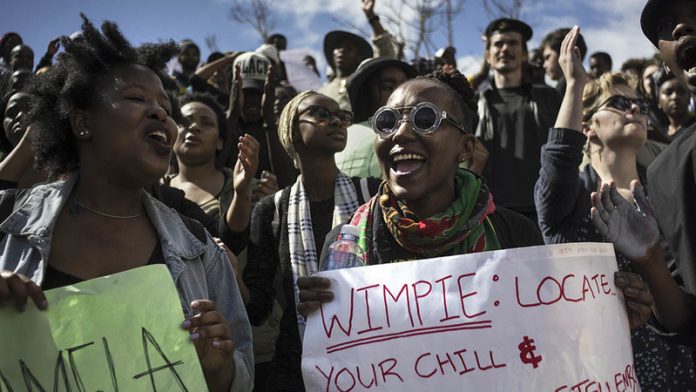 Nearly 30 years ago, Njabulo Ndebele delivered a rather farsighted paper titled Good Morning South Africa: Whose Universities, Whose Standards? In it he interrogated the self-proclaimed position of English-speaking universities as custodians of the liberal tradition, protectors of internationally accepted standards, reproducers of some reified metropolitan academic purity and the ultimate underwriters of the country’s intellectual future.

More importantly, Ndebele questioned the readiness of universities for the “children of the masses destined to invade” them sooner rather than later. He probed the veracity of the claim of these universities to be representative of the full talent of the land and shed doubt over the validity of their aspirations in this regard.

Ndebele’s prediction of the great invasion of universities by the children of the masses did not occur dramatically and suddenly but, over the past 22 years, we have witnessed nothing short of a radical makeover of the university student body. An explosion in the numbers of students – from nearly half a million in 1994 to slightly over a million by 2014 – has occurred.

A literal and metaphorical stampede has been unfolding in slow motion, but sometimes in furious and disastrous fast-forward mode, at the gates of our universities. Our poorly developed, diminished college system, comprising colleges of unequal quality, has not been able to come to the rescue of either the students or the universities.

In more senses than one, university residences have not only ceased to cope with the influx, they also risk becoming a marginal and conservative influence in student life. Higher education funding, private and public, has not kept up with the increase in student numbers.

The challenge would not be so difficult to meet if it was only numerical. For the first time black students and female students constitute the majority of the student body. This change has huge implications, which universities are struggling to make sense of. The South African higher education system has never been this black and this female.

Although envisaged nearly 30 years ago, the invasion of the children of the masses has caught universities with their proverbial pants down.

Here then is the profile of the South African student: she is black, with parents who just about managed to pay the registration fees but have no clue how they are going to fund her education further. She is a first-generation student who did not study Afrikaans.

She prefers to be taught in English, not because she is expert in the language but because she studied it in high school. She prefers English even though she may have an Afrikaans background. She recognises that English provides the best possibilities for access to higher education, also enabling her to communicate across national, racial and ethnic divisions. She chooses English as a medium of instruction even though she is aware not only of the colonial baggage it carries, but also of the scorn she endures every time fellow students ask her where she “learnt to speak so well”.

From the day she arrives on campus, the black student soon realises, like Thando Njovane, Malaika wa Azania and Khaya Dlanga did at Rhodes, Stellenbosch and the AAA School of Advertising respectively, that these institutions, their campuses, curriculums, structures, languages and cultures may not have been designed with someone like her in mind.

Seen against this backdrop, we should not be surprised by the Fallist student movement, inclusive of the antirape culture protests, in 2015 and 2016. We may have reached a situation where universities have to cope with a new student majority, for which they were not designed and for which they have not been prepared.

When the universities of Pretoria, Free State and Stellenbosch recently proposed changes to their language policies, which will lead to the phasing in of English as the primary language of instruction, they are, in part, responding to the changing student demographic. They are also seeking ways in which to promote social cohesion and inclusivity where it matters most – in the classroom.

They are reorientating themselves to a new and changed student reality. It is not good enough for universities to separate students who are following the same degree programmes linguistically or to use technological apparatuses to separate students pedagogically, on account of language and, invariably, race. This robs the students of the opportunity to interact with one another in the context of their learning.

The pressure on the higher education public purse is likely to become worse rather than better. Universities are required to use their resources more prudently and more strategically than ever before. The 22-year-old multilingualism pretence carried out to the monotonous but ineffectual soundtrack in lip service to our 11 official languages must come to an end. We all know that, in effect, in all matters of significance, the country has had two official languages. Until now, multilingualism has meant the hegemony of either Afrikaans or English or both. Much lip service has been paid to notions of the development of other indigenous languages. In reality we have seen, over the past 22 years, much government-sanctioned devaluing of African languages.

Predictably and perhaps understandably, the reaction of some Afrikaans language speakers to the proposed language policy reviews at the universities of Pretoria, Free State and Stellenbosch has been emotional and loud, including legal litigation or its threat The objections have included the suggestion that the phased replacement of Afrikaans with English as a medium of instruction is an assault on the people who speak Afrikaans and a form of reneging on either the letter or the spirit of the Constitution or both.

One passionate objector has suggested that the proposed changes have placed Afrikaans in an “intensive care unit within a public hospital” so that its speakers have now to decide whether it is time to take their language to a “private hospital”. A few people and organisations have suggested that the time may have come for a new struggle in defence of Afrikaans, including the establishment of private Afrikaans universities. Last week, one Afrikaans newspaper editorial called for the Afrikaans private sector to disinvest from the universities of Stellenbosch, Pretoria and Free State, on account of their proposed language policy changes.

These reactions are, in my view, unwarranted and largely over the top. In fairness, they should also be directed at the thousands of Afrikaans-speaking students and lecturers, whose numbers are growing each year, who, over the past 20 years, have been voting with their feet, increasingly choosing to be taught in English rather than Afrikaans. As a country with 11 official languages, we cannot uphold the pretentious and untenable situation in which only two languages are available to their speakers for mother-tongue education. Whatever else this is, we should stop pretending it is multilingualism.

This moment gives us a second chance, in 22 years, to truly give effect to the letter and spirit of our Constitution.

The time has come for government, the Pan South African Language Board – which has spent much of the past 22 years fast asleep – and universities to ensure than each of the indigenous languages is allocated to a university, adequately resourced and deliberately developed for science and scholarship.

The uberfication of the university

In filed court documents, the VBS liquidators are blaming auditing firm KPMG’s negligence for the alleged looting of the bank
Advertising