A new generation writes what it likes, but we still need careful stewardship 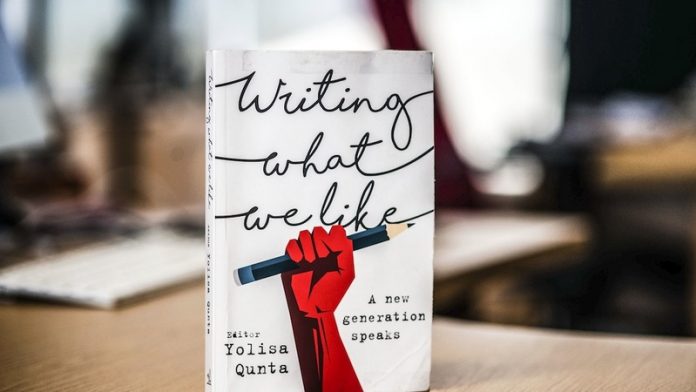 When writer and HIV activist Fezisa ka Mdibi died, no obituary was written in her honour. Yet her voice has been important in highlighting the agency people have over their own lives, even as they confront illnesses that turn their bodies into ideological battlefields.

Her philosophy was that life had to be lived to the fullest; neither as a death sentence nor as a void consumed by pill popping. In South Africa, any deviation from the antiretroviral script is enough to have one labelled an Aids denialist – as if people did not die for the right to their own destiny or, at the very least, free speech.

If Only They Could Stop Fucking, an essay in which Ka Mdibi looks at the pathologising of black bodies and the various practices surrounding their sexuality, is an example of how she used her voice to tell important stories that are censured by the mainstream media.

She elaborates on ideas such as ukusoma (non-penetrative sex practised by pubescent teenagers in KwaZulu-Natal) and umphahlo (teenage gatherings that offered a release of sexual tension; it’s practised in parts of the Eastern Cape).

She then draws on the scholarship of Stassa Edwards’ From Maisma to Ebola to make further points about how disease is reported on in Africa, as opposed to other parts of the world. That she appears in Writing What We Like: A New Generation Speaks says something about the sweep of voices contained in this collection of vignettes, edited by Yolisa Qunta.

Twenty-four writers (including Qunta) lend their voices to this collection, with their contributions divided into six chapters. Each chapter explores a broad theme such as race and identity in a shifting South Africa, “romance in the time of freedom”, the lived reality of post-apartheid South Africa and “comic relief”, which includes an interview with David Kau and the writing of Loyiso Gola.

That Qunta assembles such a wide range of voices suggests her to be a visionary. But, given the variable quality of writing, she could have trimmed the number of contributors by more than half and given the salvageable pieces room to flourish. Many of the pieces are aimless and forgettable.

Some, sourced from the public record, are not credited as such. When working through the perfectly channelled rage of Ilham Rawoot’s Cape Town’s Pretend Partnership (in which the writer attends a crass PR “debate” linked to the World Design Capital campaign), one wonders why The Con was not given its due as the initial source of the work, but at least Haji Mohamed Dawjee’s amusing Maid in South Africa was credited as having first featured on the Mail & Guardian’s website.

If Qunta is employing some selective system of credit, it seems biased towards more established media entities. Broadly speaking, the articles that work are from writers who have given some thought to the art of storytelling rather than wearing the reader down with plodding arguments. Seitiso Ntlothebe’s The Eternal Intern is a harrowing story of what it means to be young and black in South Africa’s sketchy job market. Ntlothebe relays her story with finesse and charisma, down to the last line.

Lwandile Fikeni’s Times Are Changing speaks of a youth who found their consciousness as they heard Black Star, Guru and A Tribe Called Quest. Fikeni is cerebral without being grave in highlighting the alternating exhilaration and alienation of student life. As he concludes his essay, Fikeni argues that: “Our former heroes have become potential adversaries, our former enemies likely allies.” I underlined the sentence, not in agreement, but in the hopes that it may reveal its truth to me.

Nomsa Mazwai’s Chasing White Elephants, in which she recounts the bureaucratic capture of an Eastern Cape-based project she initiated is devastating. Never mind the egotistical bungling that has become commonplace in projects where rural people are the focus, the sheer inhumanity of this one is enough to tear pieces off your heart. Sharing it so frankly is nothing short of cathartic, both for the reader and the writer.

Why I Am Not Doing Mandela Day This Year is urgent and gut-wrenchingly honest. Qunta doesn’t top this astuteness elsewhere in the book. Life lessons learnt from taking the taxi are brutal in the way they reduce what is a legitimate form of transport for the underclass to “comic relief” written as a Taxi’s 101 guide for a faceless outsider who might never have been “inside” one.

Regarding comment on the personal hygiene of some of the passengers who have infringed on the writer’s comfort – perhaps taxis are sweaty because a fair number of their passengers are manual labourers, or they have no aircons.

There are other ways to write about the banal experiences of black life without novel voyeurism. Moreover, in 2016, who are we explaining taxis to, if not for the titillation of myopic whites or tourists?

The blame is not all Qunta’s. Where was her editor (Annie Olivier) when Qunta was turning in hazy photos of bumper stickers as “primitive native art”? Where was the same editor when it was time to ask: What is Sivuyile Ngesi talking about?

With the literary scene becoming an even larger focal point for the commodification of black expression, it would augur well for the industry if it ensured that first-time book editors like Qunta are not being led to the slaughter by offering thoughtful and and compassionate development. Anything else is, in the long run, not an act of enabling but a silencing tactic.

While data is still trickling in on how much the pandemic affects health systems, there are far-reaching consequences for people living with HIV and tuberculosis.
Read more
Africa

Fewer people are getting tested for HIV than last year. People are also battling to access chronic medication. These are some of the lasting effects of the lockdown and the coronavirus pandemic
Read more
Coronavirus

Xenophobia stalks us in this moment of crisis; our hope lies in humanity’s capacity to rebuild
Read more
Coronavirus