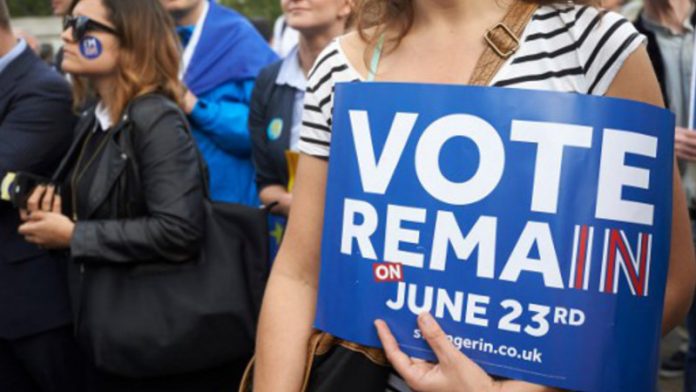 The British government has rejected an online petition signed by 4.1 million people calling for a new referendum on whether to leave the European Union.

Britons voted by 52 to 48% (or 17.4 million votes to 16.1 million) to leave the EU in a June 23 referendum, a result which most politicians have said should be respected but which some who voted “remain” are struggling to accept.

The petition called for the government to enact a rule that there should be another referendum if the vote for “remain” or “leave” was less than 60% based on a turnout of less than 75%.

The foreign office, the ministry that had steered through parliament the EU Referendum Act setting out the rules, responded that the legislation did not set a threshold for the result or for minimum turnout.

“We must now prepare for the process to exit the EU and the government is committed to ensuring the best possible outcome for the British people in the negotiations.”

Both candidates to replace David Cameron as leader of the ruling Conservative Party and prime minister have said the result of the referendum should not be questioned and Brexit should be delivered.

“Brexit means Brexit,” frontrunner Theresa May, the interior minister, said in a speech announcing her bid. May had advocated staying in the bloc, but was not a leading figure in the “remain” campaign.

Her rival, junior energy minister Andrea Leadsom, was one of the most passionate advocates of Brexit ahead of the referendum and has said that Britain would flourish outside the EU.

Despite such assurances, some who voted “remain” have continued to hope that there could be a way for Britain to stay in the EU despite the referendum result and there has been international speculation that Brexit may not materialise. – Reuters