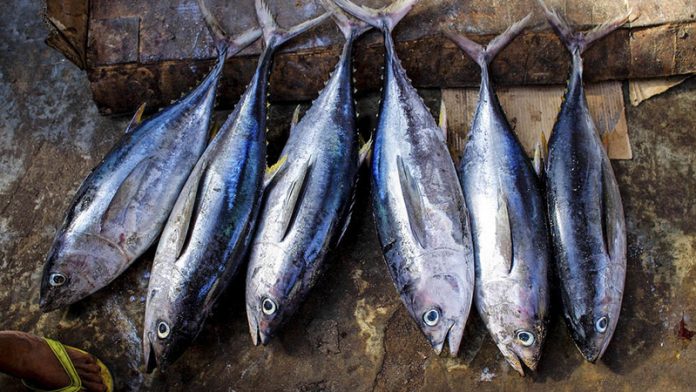 It is the greatest war on poaching in East and Southern Africa.

Rangers from Tanzania, Mozambique, South Africa, the Comoros, France and Madagascar patrol an area 50 times the size of Kruger National Park. There are no elephants or rhinos here, yet the annual loss of wildlife dwarfs the sale of ivory.

Illegal netting in the Mozambique Channel has reached crisis levels with trawlers, mostly from Asia, scooping up thousands of tonnes of fish, dolphins, turtles and prawns.

In 2013, a study showed that only one of the 130 boats working the sea between Maputo and Pemba belonged to Mozambique. The government says it loses more than $65-million a year to illegal fishing. But not all the catch goes to China or Vietnam; a European Union report suggests some of it is smuggled overland to South Africa. Deep-sea fish such as tuna and mackerel traverse long distances, so poaching off Mozambique can affect stocks as far away as Kenya.

“The crisis in our oceans is real,” said John Duncan, who heads the World Wide Fund for Nature (WWF-SA) marine programme in Cape Town.

“The haul from illegal fishing is estimated to be over $23-billion annually, which dwarfs the ivory and rhino horn trade, and the real danger is that we don’t see it.

“Images of dehorned rhinos and a drop in elephant numbers are things that people notice and react to. But what happens under the ocean’s surface is hard to see, so thousands of tons of marine life can be removed and most of us wouldn’t know.”

Earlier this year, South Africa’s navy intercepted nine Chinese vessels south of Durban. In May, just three trawlers held at East London are estimated to have poached R70-million worth of squid, but it couldn’t be proved where the catch came from.

But the real battleground is further north. On one side of a 400km-wide channel lies Madagascar, on the other, Mozambique, both with a population dependent on fish. In between is the Comoros, a former French colony and home to nearly 800 000 people for whom fish is a staple.

Close by is the EU. No, that’s not a misprint. At independence in 1975, the Comorian island of Mayotte opted to stay with France and the territory is now a “department”, a piece of the EU well away from Europe but using the euro and with a “domestic” flight to Paris.

Here the French navy is in home port, working with the South Africans who have had a naval presence here since 2011, when Somali pirates attacked a ship southwest of the Comoros.

But France has been part of a larger game on shore. The Mozambique government commissioned 27 patrol boats and fishing vessels three years ago, built at the French port of Cherbourg, and have now deployed some of them.

The International Monetary Fund and the World Bank have criticised finance for the deal, with allegations that Maputo engaged in secret funding. High levels of debt, a falling gas price and low-scale civil war in the north of the country have seen the once promising economy slip from its status as a darling of the donors.

But the boats have proved sound and Fisheries Minister Agostinho Mondlane said that while the vessels originally had “a minor problem” with their lifting gear, they were now compliant with EU standards.

The new fleet couldn’t have come at a better time. Mozambique, France, South Africa and 26 other countries signed a deal last month to ban poachers from their ports.

Under the Port State Measures Agreement, trawlers entering a harbour in any of the member states must submit to a search-and-show for their catch. Vessels in breach will be impounded or denied entry.

Duncan told the Mail & Guardian it came down to capacity and political will.

“Illegal fishing from foreign vessels is a major issue in African waters, and fish don’t stop at a border so we need the whole region working to the same script. And there must be naval or patrol vessels to enforce the rules.”

Fresh vs frozen
In more developed countries such as Kenya and South Africa, consumers think of seafood as frozen, often in a box or bag and ready for the table. But millions of coastal and hinterland communities rely on fresh or dried fish.

For more than a decade, locals who use the sea as a larder have complained about a falling catch. And this is from a naturally low base, according to Sean Fennessy, a scientist at the Oceanographic Research Institute in Durban.

“The region is relatively poor in terms of productivity,” he said. Unlike the south Atlantic, the water doesn’t contain enough nutrients “to support large stocks of fish”.

In Fennessy’s view, it’s not just the fleets that are a problem. Coastal communities, he said, are also taking too many fish from waters close to shore.

“Although the effects of this are known and acknowledged to be damaging, to deal with it would be political suicide. In the absence of alternative livelihoods to fishing and alternative sources of protein, coastal resources will continue to be overexploited,” he said.

Duncan said WWF-SA and other nongovernmental organisations are monitoring the sustainability of marine life and raising the alarm when numbers fall too low.

“There’s a role for the public in this,” he said. “Unlike rhino and ivory, species like rock lobster are often sold locally and, although they may not know it, consumers may be supporting the illegal trade when they order a meal at their local restaurant. It’s important for people to ask questions and know what’s happening at sea and how they can help. In the end, it’s only a national and regional effort that will save our oceans.”

Between France, South Africa and now Mozambique, with its new boats, trawlers who enter our waters illegally can expect a harder time of things. But, as with the fight on land, the conservation war at sea looks far from over.