AfriForum: Dropping Afrikaans as a language of instruction at UFS is unconstitutional 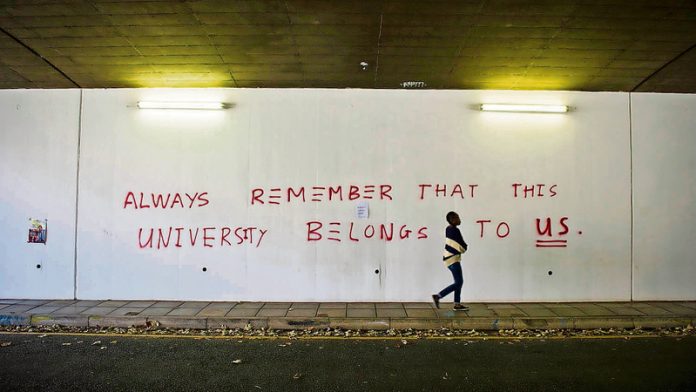 The removal of Afrikaans as a medium of instruction at the University of Free State (UFS) was a violation of the Constitution, the Bloemfontein High Court heard on Monday.

“Afrikaans has a right to survive. This matter is about the supremacy of the Constitution,” Johan du Toit SC, representing AfriForum, told a full bench of judges.

In March, the university reached a unanimous decision to make English the primary medium of instruction from 2017.

The university’s council said English would be the primary medium of instruction at undergraduate and postgraduate level on the three campuses situated in Bloemfontein and QwaQwa.

The council also said that multilingualism would be supported by an expanded tutorial system especially designed for first-year students.

The council said that in professional programmes – such as teacher education and the training of theology students who wished to enter the ministry in traditional Afrikaans-speaking churches, where there was a clear market need the parallel-medium teaching in English-Afrikaans and Sesotho and Zulu would continue.

It also added that the primary formal language of the university administration would be English, but with sufficient flexibility of multilingualism across the university.

However, soon after the decision was taken, AfriForum approached the High Court for an interdict against the university.

“There is a Constitutional issue at stake,” she said.

“We should consider Law students who might want to offer their services in Afrikaans… and most of the students studying Theology preferred Afrikaans.

“They [university] wish to shackle Afrikaans in its historical notion of oppression.”

However, Jeremy Gauntlett SC, representing the university, said language had become a surrogate for colour segregation in classes.

Gauntlett also argued that there was a high demand for English and that, through the implementation of the policy, there would be no job losses at the university.

Judgment was reserved in the matter. – News24