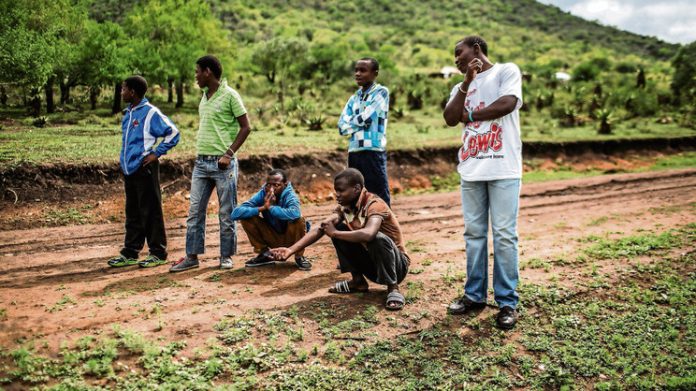 Medical male circumcisions performed between 2008 and 2015 in South Africa will save more than $790-million in treatment costs by 2030, scientists predict.

A new mathematical model, just described in the open access journal Plos One, projects that these voluntary, safe circumcisions performed on males in South Africa will avert 218 000 HIV infections by 2030.

These forecasts would have astonished the thousands of delegates who descended on Durban for the International Aids Conference 16 years ago. Many consider the 2000 conference, held for the first time in Africa, to have been a watershed event.

Scientists then debated what to do about a puzzling but potentially important finding about Aids: that circumcised men are much less likely to become infected than those who are uncircumcised. Twenty years of data had suggested a strong link between circumcision status and HIV sero-status in men, but voluntary medical male circumcision (VMMC) was not yet part of the HIV prevention toolkit.

Then three randomised controlled trials conducted from 2005 to 2007 in South Africa, Kenya and Uganda found a compelling 60% protective effect against HIV for men who became circumcised. The evidence was irrefutable. In March 2007, UNAids and the World Health Organisation (WHO) moved rapidly to recommend scaling up VMMC in settings with high HIV infection and low male circumcision levels in East and Southern Africa.

As the world reconvenes in Durban for the International Aids Conference 2016, more than 12-million males in 14 priority countries in East and Southern Africa have come forward for safe, voluntary male circumcision, according to the WHO.

The new mathematical model, called DMPPT 2.1, projects that the circumcisions performed up to the end of 2015 in these countries will avert more than 450 000 new HIV infections by 2030. South Africa is set to avert the greatest number of infections among all the countries.

Few people could have imagined just eight years ago that a surgical procedure could be designed, funded, implemented and scaled up to this magnitude and effect in such a short period of time. This would not have been possible without the strong leadership of national governments with support from Pepfar (the United States President’s Emergency Plan for Aids Relief), the Bill and Melinda Gates Foundation, Unicef, the WHO and UNAids and their partners.

Today, in the new era of treatment for all, male circumcision remains critical for epidemic control and is an important part of the UNAids prevention strategy.

VMMC programmes have increased HIV testing uptake among men who otherwise would not have been tested. It has also linked those found HIV positive to care and treatment. The offer of circumcision has opened new HIV treatment and prevention doors to men. Men are far less likely than women to know their HIV status and more likely to start treatment late at a more advanced stage. These linkages are critical for men and much can be learned from Lesotho’s focus on making them strong through a successful model of integrated services and effective hospital communications.

Rolling out male circumcision for HIV prevention has faced challenges. A shortage of trained staff hinders service delivery. The rapid scaling up of any programme requires close attention to quality and safety of services, perhaps even more so when surgery is involved. Country programmes continue to prioritise and invest in improving the quality of service delivery to thousands of men. The decision to circumcise involves deep-seated values and beliefs that vary with cultural identity. The ministry of health in Lesotho and the department of health in South Africa are working closely with traditional leaders to encourage men to access safe medical male circumcision services and respect traditional values.

Although younger adolescents have comprised the majority of men seeking services, it has proven more difficult than anticipated to attract men above the age of 19. Swaziland has recently found that by working with private practitioners, engaging men in the workplace and reaching out to high schools and tertiary institutions, the circumcision programme is able to increase the uptake of services among the older age group, which is at higher risk for HIV and therefore stands to benefit immediately from circumcision.

Today we are celebrating the great progress that has been made, but we must also plan to maintain high levels of male circumcision coverage well into the future after initial targets are reached. Progress has been uneven across countries and even in some countries, with certain districts reaching high male circumcision coverage before others. Areas that are closer to reaching coverage targets need to start planning now for sustainability or they risk losing the gains they have made. Early planning is critical because the transition of male circumcision programme activities to sustained programming requires local stakeholder design, management and funding. Lesotho showed forethought in starting to consider sustainability from the inception of its circumcision programme.

As the Aids financing landscape changes, countries have to commit to moving forward from donor funding to domestic funding. South Africa’s department of health has already made a strong financial commitment to its medical male circumcision programme as a key component of its HIV prevention effort, and other countries in the region must step up and do the same. We must ensure that the high male circumcision coverage we have all worked so hard to achieve continues to yield health benefits long into the future.