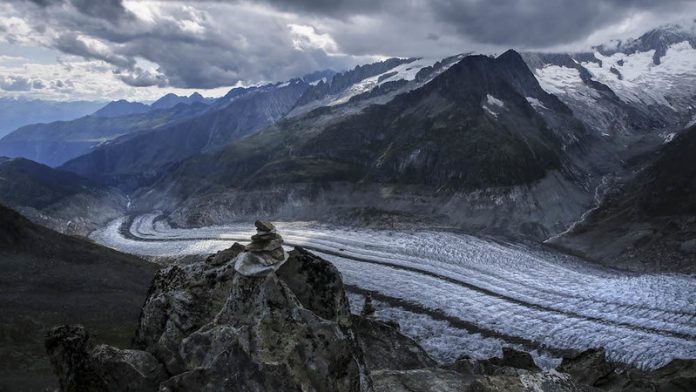 The world will be between 2.6°C and 3.1°C hotter than it should be by the end of this century. That will wipe out ecosystems and throw the world’s balance out of kilter. This is even if countries do all the work that they pledged to do at the Paris climate change conference last year.

A lack of action – and consequently accelerated global warming – meant that June was the 14th consecutive month to break the record for the hottest month on record. This is according to data from NASA and the National Oceanic and Atmospheric Administration, which showed that June was the hottest June ever recorded.

The same was true for May, June July, August, September, October, November and December of 2015, as well as January, February, March, April and May of 2016. These records date back to 1880. The Vietnam war was at its peak the last time a June was colder than average, and World War One was still warming up the last time any month set a cold record.

The June warmth has created another dubious record, for the longest period of record-setting in recorded history.

Much of this spike has been attributed to El Niño. This phenomenon warms up the Pacific Ocean and – because oceans store the majority of the world’s heat and cover most of earth’s surface – disrupts global weather systems. It generally leads to flooding in the northern hemisphere and drought in the southern hemisphere.

But El Niño is fading, according to the oceanic and atmospheric administration, and temperatures are still high. This is because the world is warming, thanks to humans driving global warming with emissions of greenhouse gases. These trap heat and warm the planet through the greenhouse effect. NASA data shows that June was 0.9°C hotter than it would have been without global warming.

This puts the pressure on world governments, along with companies and other non-state actors, to reduce greenhouse gas emissions before temperatures increase to a level that is dangerous to species’ survival. That level, according to the United Nation’s Intergovernmental Panel on Climate Change, is anything beyond 2°C.

This is when the organisation says change will be “severe, pervasive and irreversible”. In southern Africa, droughts will intensify as rainfall dries up and comes in shorter and more violent spells. For South Africa – already the world’s 31st driest country – this will mean an acute water crisis with few solutions in sight.

To tackle this, over 190 governments created the Paris Agreement at COP21 in that city last year. Each country arrived with its plan on how it would reduce emissions – its Intended Nationally Determined Contribution. Together, these give an idea of how the world will lower emissions and tackle climate change. The Agreement then said that countries would do everything they could to keep any temperature increase “well below” 2°C above average. Developing countries, island states and the African bloc unsuccessfully pushed for this to be a 1.5°C limit. In Africa, that increase is doubled in the interior of the continent.

The sum total of countries’ intended contributions was not tallied up at the time. But new research – from a range of institutions including the Energy Research Centre at the University of Cape Town – has done that work. Published in the peer-reviewed journal Nature, this research said the contributions would still see the world getting hotter by between 2.6°C and 3.1°C by 2100.

Put together, the research found that the intended contributions were often so vague – or conditional on funding from other countries – that an extra six billion tonnes of carbon dioxide equivalent could be emitted into the atmosphere, or might not be emitted. That is the equivalent of all the emissions of the United States, or 12 times South Africa’s emissions.

At this rate, the world will have released all the carbon dioxide that it can safely release this century by 2030. Anything released after that date will be pushing the planet into dangerous warming, according to the research.

But there are reasons to be hopeful, despite the rapid warming and record setting. The researchers said that the Paris Agreement had taken the first big step of putting countries on the same page, and got most of them to come up with a plan to reduce emissions. Other groups had also come to the fore: “The unprecedented engagement by non-state actors such as business, citizens and religious organisations illustrates a profuse awareness and an increased momentum for climate action.”

This mean more can be done, according to the researches. But to avoid dangerous levels of global warming, the world will have to reduce its greenhouse gas emissions by 4% every single year from 2030.

The target is feasible – if politicians see its importance.