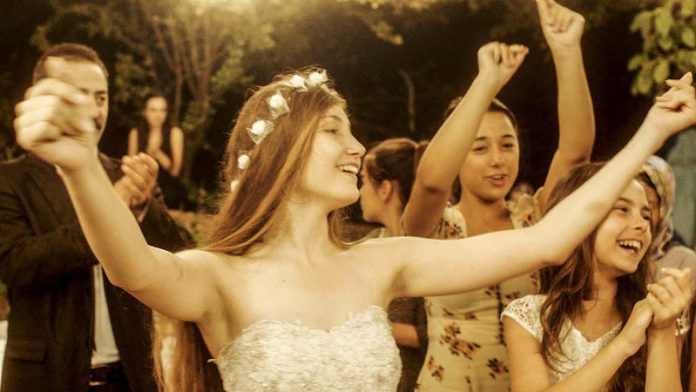 BODY LANGUAGE
In the Grimm brothers’ fairy tale of the 12 dancing princesses, a worried king sets the princes of his kingdom a challenge: to solve the mystery of his 12 daughters, who sleep all day and whose shoes are found worn through next to their beds every morning.

The successful prince will claim the hand of the princess of his choice and the king’s crown when he dies. If a prince fails, he will die.

After a succession of princes are foiled by the princesses and lose their heads, a returned soldier, guided by the help of an older woman he meets in the woods, solves the mystery. He discovers the 12 daughters entering an underground kingdom where they spend their nights dancing with 12 magical princes until their shoes are worn through. The soldier chooses the oldest daughter to marry. The dancing ends. Everyone lives happily every after.

This has always seemed to me a mysterious tale. It has no obvious moral. Don’t dance all night in underground kingdoms, unless you want to end up married to a returned older soldier? If you’re an adventure-seeking young prince, don’t take on mysterious challenges without the help of an old woman in a forest?

Yet its power persists. It’s one of my daughters’ favourite fairy stories. Perhaps it is the power of the magic itself.

JRR Tolkien described this as “faerie”: the realm of magic and otherness that defines every great fairy tale. This magic cannot be caught in a net of words, for one of its quali- ties is to be indescribable (but not imperceptible).

Recently, on a plane trip, I watched the Turkish film Mustang (2015), directed by Deniz Gamze Ergüven, and the story of the dancing princesses began to make sense.

I was struck by the film’s similarity to The Virgin Suicides. In both, five beautiful sisters on the threshold of womanhood are imprisoned by their families. I then saw the similarity of both films to the Grimms’ tale: the surplus of teen sisters on the threshold of womanhood; the overly long hair; the overly long, entwined limbs; the trancelike desire for freedom and the perceived mortal and moral danger of this desire to the world around them.

At the heart of all three stories is the captivating, bewitching power of liminal female sexuality — and the containment of this power.

The Virgin Suicides, Sofia Coppola’s 1999 adaptation of a Jeffrey Eugenides novel, is about the five doomed Lisbon sisters living in suburban America, and is a beautiful evocation of sisterhood, teenage sexuality and the tragedy of suicide.

The link of female sexuality to death is an enduring one. In one of the oldest Greco-Roman myths, the beautiful Persephone, daughter of Demeter, goddess of fertility and the harvest, is abducted by Hades, god of the underworld. Demeter is heart-broken and bewildered, searching for her daughter.

It is Hecate, goddess of magic and the moon, who tells Demeter what has happened to Persephone. Demeter curses the Earth to wither and die. To avoid desolation, Zeus and Demeter strike a deal and Hades agrees to release Persephone for half the year. Hence the seasons, according to the myth.

Mustang has death in it, but is about life. There is little sense of mystery. Under a hot Turkish sun, five long-haired, languid sisters are imprisoned by their uncle for carousing with boys. Their punishment is early marriage.

But the youngest sister, unlike the unhappy Cecilia of The Virgin Suicides, whose suicide triggers her sisters’ deaths, is a survivor, an escapee. And what does she long for? What is the key to her transition from wild girl to woman? It is knowledge. She seeks and finds refuge in the house of a former schoolteacher.

On the plane, I thought of my daughters, their overlong hair and the buried message of the 12 dancing princesses.

Psychologist Bruno Bettelheim held that fairy tales prepare our children for the hurdles of life — from the danger of the wolf-filled forest to the unreliability of poor, hungry parents.

Was the Grimms’ princesses story instilling my daughters with worrying subliminal psychic messages about their sexuality? Or was the element that transfixed them simply the idea of 12 princess-sisters dancing in a magical kingdom night after night?

In Morphology of the Folktale, Vladimir Propp identifies the recurring narrative patterns, born of ancient ritual and deep-seated human needs, that shape who we are. He also wrote about how new ways of life have shaped and reshaped these stories — because the soil that created the old stories is different from the soil that creates these new ones.

Mustang, The Virgin Suicides and the story of the 12 dancing princesses were grown from very different soil. Although all three celebrate the wild abandon of a young woman’s nascent sexuality, Mustang angrily reminds us that the destination for a young woman with overly long hair doesn’t have to be death or marriage, but a good education. — The Conversation

Nell Greenwood is a senior lecturer in screenwriting at the Australian Film, Television and Radio School. Read the full version at theconversation.com

‘We must also show normal women who do great things’