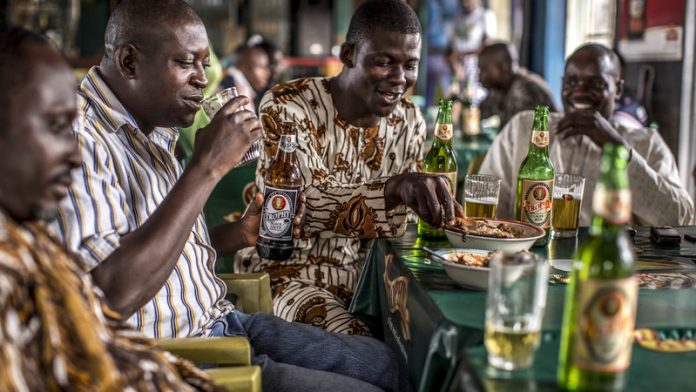 SABMiller Plc has suspended work on integrating the brewer’s operations with that of suitor Anheuser-Busch InBev NV, according to a person familiar with the matter, potentially throwing the industry’s biggest deal ever into disarray.

SABMiller management sent the order to employees, said the person, who asked not to be identified because the matter is private. Representatives for AB InBev and SABMiller declined to comment.

The revelation came a day after AB InBev nudged its cash bid for the British brewer up to £79-billion ($103.6-billion) to account for the pound’s plunge in the wake of the United Kingdom’s vote last month to leave the European Union. That followed pressure from investors who said the deal was unacceptable because stockholders weren’t being treated equally. The acquisition is in the home stretch, receiving regulatory clearance from South Africa and the United States in recent weeks, and now risks becoming an unintended casualty of Brexit.

SABMiller’s board is still reviewing AB InBev’s improved offer and has not decided to walk away from the deal, different people familiar with the matter said. Advisers to the two brewing companies are still working on the transaction, the people said.

The development sent shares of Molson Coors Brewing Co. down as much as 8.9%. The U.S. brewer is set to acquire SABMiller’s stake in the MillerCoors brewing venture as part of the deal, which is still awaiting approval from Chinese regulators. SABMiller’s American depositary receipts fell 4.6%. The news came after European markets closed.

Under the new terms, SABMiller shareholders would receive £45 a share in cash, £1 more than the prior offer. The bidder also increased the amount of cash in a cash-and-stock alternative that it crafted for the two largest investors, Altria Group Inc. and Bevco Ltd. Another SABMiller holder, Aberdeen Asset Management, said the revised proposal undervalues the company and is unacceptable because stockholders are receiving different treatment. The value of the cash-and-stock option has soared from £39 when the deal was announced last year to about £50.

SABMiller said on Tuesday that its board would consult shareholders about AB InBev’s new offer and make an announcement thereafter. Altria and Molson Coors declined to comment.

The deal to merge SABMiller and AB InBev, called “Megabrew” by analysts, will create a behemoth controlling about half of the industry’s profits. The combined company will have the No. 1 or No. 2 positions in almost all of the world’s biggest beer markets, and provide AB InBev with its first toehold in Africa, where about 65-million people are due to reach the legal drinking age by 2023. – Bloomberg