Five of the most dramatic moments from this election season 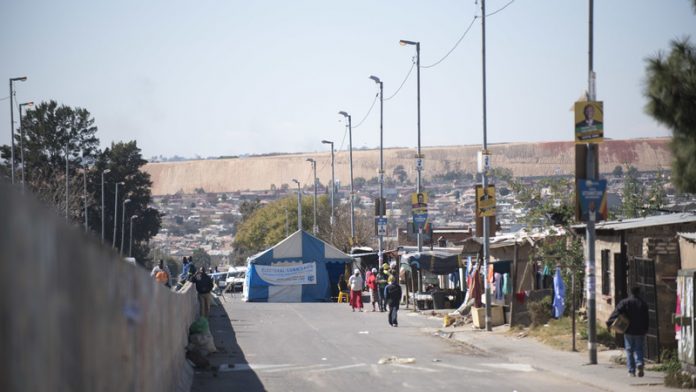 The run-up to the 2016 local government elections has had its ups and downs,ut it’s mostly been pretty down.

From political killings in Kwa-Zulu Natal to allegations that candidate lists have been manipulated in Tshwane and elsewhere, this was a rocky campaign season of violence, factionalism and bickering.

We round up these five moments that shook South Africans.

When the ANC announced Thoko Didiza as its mayoral candidate for the City of Tshwane, nobody anticipated the reaction that followed.

Protesters shut down the metro, burning buses, buildings and cars. Entries and exits to the various parts of Tshwane were blocked as ANC members and supporters shared their outrage at Didiza’s nomination.

Their anger came from months of allegations that local councillor lists had been tampered with, and Didiza’s candidacy was the match that lit the flame for many.

It was one of the most visible moments where factionalism and in-fighting in the ANC emerged from inside the party and spilt out for citizens to notice.

They will still appear on the ballots tomorrow because they were killed after the IEC processes were concluded.

The latest political killing happened a week ago when an ANC councillor, Nceba Dywili, was gunned down in Nelson Mandela Bay.

Officially, Police Minister Nathi Nhleko said in a press briefing this week that 17 people had been killed, but the minister’s report excluded the deaths of two EFF members, Tsietsi Mothibe and Kenny Monjomani, who were killed after campaigning at the Sethokga hostel in Tembisa.

Two IFP members were also shot dead just over a week ago in Escourt.

Nhleko said that the majority of the killings had taken place in Kwa-Zulu Natal, but he could not determine exactly how many people had died.

3. Marius Fransman, the former ANC Western Cape leader (or former leader) charged with sexual assault
In his speech at the Siyanqoba rally on Sunday, President Jacob Zuma made a point of campaigning for the Western Cape, saying the DA is doing a shoddy job of prioritising the needs of poor black Capetonians.

It’s no secret that the ANC has its eye on the Western Cape, but when its former leader in the province, Marius Fransman, was accused of sexual harassment, the party took a knock.

In June, a series of Whatsapp texts Fransman sent to the complainant, Lousia Wynand, were forwarded to the National Prosecuting Authority by the Daily Maverick, and the case was re-opened in Kimberley, where Wynand says she was sexually assaulted by the former ANC leader.

The ANC is reviewing Fransman’s case but, for now, he is no longer provincial leader of the party.

The sound of the former president’s voice in the ad drew almost immediate outrage, and now the ANC and the DA are tussling over South Africa’s most famous icon.

Over the weekend, President Zuma lashed out at the party, using a quote from Mandela to lambast the DA’s use of his legacy.

“Madiba also warned our people and our country about the DA, which runs Cape Town: ‘You must not be misled by a party that only cares for blacks on the eve of the elections. No white party can run this country … no matter how they cover up by getting a few black stooges, they [the whites] remain the bosses … they remain a white party,’” said Zuma, quoting a speech Mandela made to trade union federation Cosatu in 2000.

The DA, however, has stood firm in its stance that Mandela would have supported the party, saying that they are the only party that can make the South Africa Mandela fought for a reality.

The Mandela family released a statement to say Mandela would never have supported the DA, and called on the party to withdraw the advert, claiming it violated the electoral code. They also requested that the IEC take action against the DA.

It was a move designed to draw more media attention two days before elections, and to provoke the ANC to anger. Members of the EFF leadership showed up outside Thabo Mbeki’s home, and Mbeki ushered them in with hugs and handshakes. It was the election photo op nobody saw coming.

Malema remained coy about what the two had discussed, and Mbeki refused to say which party would get his vote. The following day, the ANC’s metro mayoral candidates in Gauteng stopped at Mbeki’s for a visit, too.

Election season: when a man pushed out of the presidency now receives queues of political leaders for his blessing.

But alas, campaign season may only be the start. The aftermath of the IEC results may bring a whole new can of worms.

Elections aftermath: Join the M&G for a critical thinking forum at GIBS

It may be beneficial for consumers when supermarkets push to get the lowest price from suppliers, but it can harm the farmers
Advertising