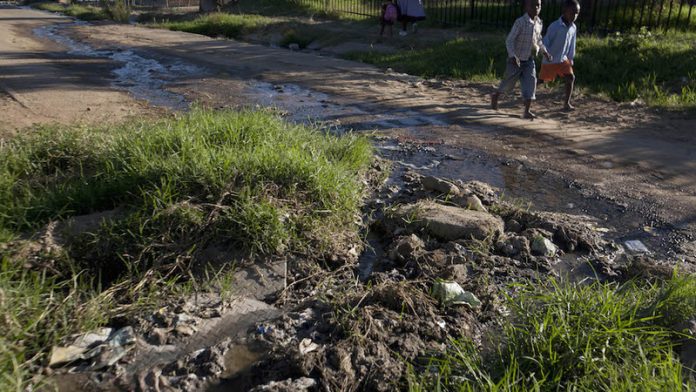 Human waste is a big problem globally. Huge networks of pipes are needed to pipe it around. Wastewater treatment plants suck in electricity and cash, creating more waste that then fills up landfills.

In South Africa, the network of wastewater treatment plants is in such a dire state that waste flows into the environment. This makes people sick and kills natural ecosystems.

According to the latest Green Drop report – which looks at these plants – most of the country’s plants are not working properly. Of the 821 run by municipalities, over 300 were found to be in a “critical state”.

These plants also need around 2% of the national grid’s capacity, and a great amount of capital investment to build and maintain. The municipalities that run them often do not have the budget for operations and maintenance, according to the Green Drop report.

But there is a solution to this in the pipeline.

Cambrian Innovation, a company based in the United States, has started field tests on a microbial fuel cell. The technology, called BioVolt, turns 2 250 litres of sewage into enough clean water for 15 people. Its by-product is enough electricity to power the process, with some left over for personal use (think more lighting and cellphone charging, less factory machinery).

The microbes break down sewage as they eat their way through it. When they exhale, they release electricity. That means no waste leaves a treatment plant, and the plant is able to power itself. It also means the only other thing coming out of the plant is clean, drinking grade, water.

That process is a change from how plants currently work – mostly by bumping and jolting sewage until it separates, then using chemicals to ensure only clean water leaves the plant. The waste is then either given to industry, or sent to landfill.

Cambrian say this process can work on any sort of scale. That means homes – or neighbourhoods – can start processing their own sewage. That saves on hundreds of kilometres of waste piping, and could see homes producing their own electricity and water.

The company has several streams of research going on, each trying to find different ways to break down waste. One of these has found a strain of the same bacteria which can take medical waste out of water – so people don’t get sick from water contaminated by someone flushing headache tablets down the sink.

Commercial rollout is still some five years away, but the technology could solve a massive headache for communities and whole countries.

There is shit in the Hennops River: ‘No way you can call this water’