​Too palatable for comfort: Am I complacently waiting for the winelands to change? 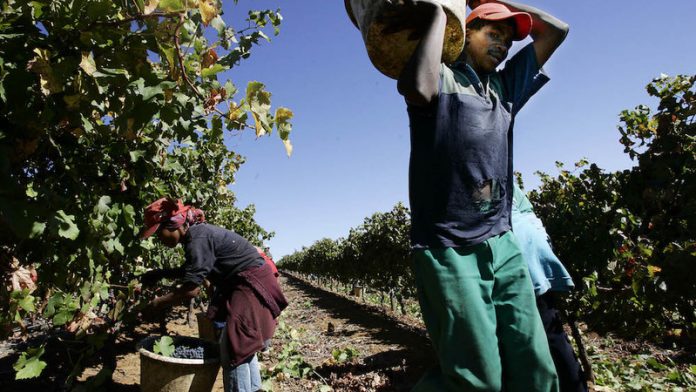 Initially I couldn’t put my finger on what was unsettling me deeply when I watched the new Roots miniseries a few months ago. It was more than the depiction of slavery and its effects hundreds of years later. More than the families torn apart, the rape and the torture. There was something that shook me even more: the scenery.

The beautiful expanses of plantations worked by the hands of slaves. The enormous main houses – pure white giants standing at the heart of the land owned by the families living in them. I was so deeply troubled by it because the show was shot on location, last year – these plantations are still standing and are still not owned by the brutalised hands that built them.

After a few recent trips to the Cape Winelands, the same realisation dawned on me. The same discomfort and nagging ache settled in my stomach. Sitting down for lunch, where I was one of three guests of colour, one of whom said: “When I drove in here, all I could think was that my ancestors were slaves here.” I lost my appetite, the air was too heavy to breathe.

The legacy of slavery in South Africa is often skimmed over in history lessons, with our primary focus being on more recent oppression. But they are so intricately laced and not to speak of it risks future generations not realising that, when we speak of slavery, it was not limited to North America. Much like the expansive plantations that still stand frozen in history in Louisiana in the United States and the wine farms we frequent for lazy afternoons in the sun are living relics of an ugly past.

And just like those plantations, the winelands’ scenery can be a soothing balm that helps you forget what happened. The vast mountains of Franschoek and rolling hills of Constantia are breathtaking and, paired with the finest food and wine, easily make the experience of being there palatable. For fear of the uncomfortable answers we forget to ask the difficult questions about matters such as the dop (tot) system.

The practice of paying workers with wine was introduced by Dutch colonisers, linking liquor to slavery, and it persisted for generations; it was outlawed in 1960 but only enforced by the new Liquor Act of 2003, although alcohol is allegedly still given to workers on some farms, according to persistent reports about a small number of farms. The practice increased alcohol dependence leading to current health and social problems such as domestic violence and foetal alcohol syndrome (the Western Cape has the highest prevalence rate of FAS in the world).

Another uncomfortable matter are seasonal farm workers. For the rest of the year, what happens to them and how do they live?

Land ownership is a pressing issue in political and economic discourse, with black South Africans calling for reparations and redistribution. Throughout the world, the sociopolitical meaning of land is largely determined by who owns it. To live in a time when a minority of the population still holds ownership of a key asset, and where I still drive on to these farms with the overwhelming feeling that I do not belong there, is almost unthinkable.

All this leaves me with the difficult task of introspection about my complacency and complicity in allowing these legacies to live on. I still do not know whether my sitting at these tables is transforming them from inside or whether I should be ashamed of not taking a firmer stand and declining invitations to spend afternoons pretending not to see. To reject the invitations isn’t a big sacrifice to make, but I’m not sure how much it will change things when there’s always going to be someone to fill that seat. But perhaps it is about going, seeing and opening my mouth to start saying something.

This article was amended on September 13 2016. In a previous version of the article we noted that alcohol is still given to workers on some farms. We should have clarified that this is an allegation according to persistent reports on the matter, and relates to a small number of farms. We should have also noted that the article was a comment piece. The editor regrets these omissions.