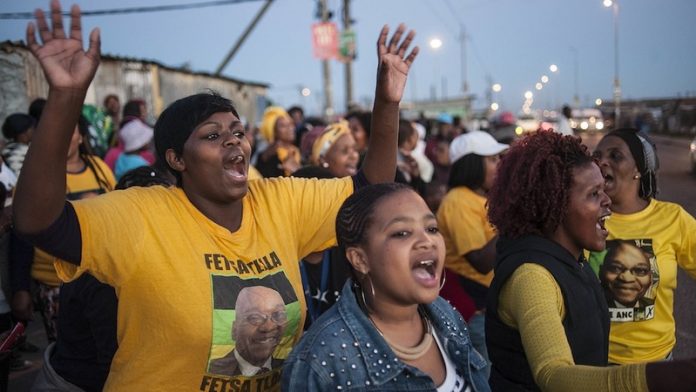 I enjoyed the article by Prega Govender (Karoo lamb now in a class of its own) in which the research of Sarah Erasmus and Professor Louw Hoffman of Stellenbosch University was reported on. The article correctly reports the wonderful results that confirm the unique taste of Karoo lamb and its undoubtable link to unique Karoo grazing and the specific plants of that natural habitat.

The “origin claim” of food and wine products is a critical component of the reputation of such origin-based food products – what is commonly referred to as “geographical indications”. Thus, when you seek official recognition and protection for such products, you need to prove that the regional characteristics or “terroir” shape the unique tastes and attributes of the final product, and that it therefore can officially be protected as the “intellectual property” (a brand) of a specific region.

Initial studies similar to the study done by Erasmus have made it possible for the department of agriculture to recognise a certification process for Karoo lamb. These results, together with a strict production protocol, as well as a third-party certification process, have made it possible for South Africa to be granted protection for Karoo lamb in the European Union.

This arrangement was part of the recently signed free trade agreement between the EU and Southern African Customs Union countries, a pact known as the Economic Partnership Agreement.

These facts are provided to correct the statement, in the article, that Erasmus’s “findings could pave the way for South African farmers to register Karoo lamb as a uniquely South African brand”. This recognition has already happened – it took place earlier this year. Karoo lamb is now registered in the EU.

What Erasmus has done, however, is to refine the research process and to use much more sophisticated methods than hitherto. In the process, her study reinforces the original hypothesis that the taste of Karoo lamb is uniquely linked to the Karoo shrubs.

These new findings will also assist in preventing the many fraudulent trading activities in which abattoirs, traders and restaurants falsely claim that they sell real Karoo lamb. This methodology will now make it possible to establish, fairly easily, the truth or falsity of such claims. – Professor Johann Kirsten, chairperson, Meat of Origin Karoo

ANC too deluded to introspect

South Africans have voted and demonstrated that they are more powerful than any political leaders or party.

They were willing to engage with the ruling party. They raised their concerns and frustrations about the manner in which the country is being run. They were not listened to. In fact, the ANC leadership gave them a middle finger – President Jacob Zuma called them “clever blacks”.

The ANC now has less than one million affiliated members. Is it because of the ANC leadership, which has got to a point where it does not listen to anyone but itself?

The ANC was given the opportunity to govern and lead the struggles of the African masses because people had confidence in it. But the leadership failed, or rather was unwilling to listen to the very people who put it in power. These leaders took advantage of the social contract and abused it.

The masses said no to Nkandla and no to e-tolls, but the ANC leadership was unwilling to listen, and instead sent this message to the people: “We are all-powerful and we are going ahead regardless.”

We hope not all is lost, though, given the fact that only 58.9 % of voters went out to cast their votes in this local government election. It is very clear that 41.1% of the electorate felt that none of the political parties represented their aspirations.

The ANC now has the opportunity to do some introspection and listen to the concerns and frustrations of the masses. Scrap e-tolls and you would have 25% more of those who declined to vote in this poll. Recall Zuma and you would have 100% of the votes that make up that 41%. – Lesetja Maraba

Nationally the ANC dropped about 8% and the 50% mark looks scarily close.

In Nelson Mandela Bay, it lost a whopping 11% compared with 2011. Cape Town seems a galaxy away, but even in Khayelitsha it went down 15%. In Johannesburg, it fell below 50%, losing more than 15% in the nation’s biggest metropole. And, symbolically, it even lost Nkandla.

But will there be a real introspection? Water Affairs Minister Nomvula Mokanyane has blamed the weather for poor coastal results. So far, the ANC hasn’t had the guts or the soul to acknowledge the elephant in the room: the destructive nature of Zuma’s presidency. The ANC is too arrogant and too obsessed with blind power to honestly look within.

By the way, after 23 years of freedom in Zimbabwe, Zanu-PF lost all the major towns. Just sayin’. – Theo Martinez

■ Now that the municipal elections are over, it’s time for progressive organisations to find each other in a quest to bring communities to the centre of development. This means that working together in the best interests of the people must be a cornerstone of co-operation.

Hopefully coalitions and tradeoffs won’t be premised on feelings of resentment, otherwise the devils of grudges and petty ideological differences will come between those voted into office to deliver services to our communities.

We pray for political maturity and Solomon’s wisdom to prevail. – Morgan Phaahla, Ekurhuleni