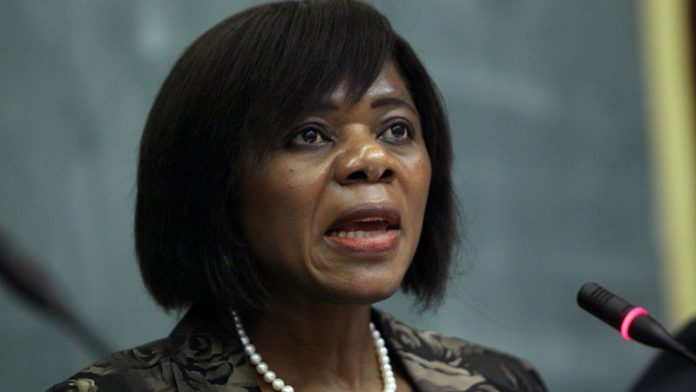 South Africa is choosing a new public protector to take over from Advocate Thuli Madonsela. Her non-renewable seven-year term is coming to an end. Madonsela is credited with raising the office’s profile and making it one of the country’s trusted public governance institutions. She showed enormous courage by tackling government corruption, including President Jacob Zuma’s misuse of public money. Whoever takes over will find themselves judged against the high bar she set for the office. The Conversation Africa’s Politics and Society editor, Thabo Leshilo, asked Law Professor Penelope Andrews to explain what the job entails.

What does the South African public protector do?

The public protector’s office is one of the bodies established to strengthen South Africa’s constitutional democracy.

These are collectively known as Chapter 9 institutions in reference to the chapter of the constitution that provides for their establishment.

The public protector has the power to investigate “improper” conduct in the public administration or in any sphere of government that may result in “any impropriety or prejudice”.

The office also has the power to investigate unlawful enrichment and corruption. The most recent high-profile exercise of such power has been the investigation into and report about President Zuma using public funds for his private residence at Nkandla.

The public protector has the power to report on such conduct and to take appropriate action to remedy the situation.

Why is the office so important?
There are several reasons. Firstly, any constitutional democracy must have a national constitutional body to hold public officials accountable. Secondly, it is important that the exercise of public power be monitored and checked. Thirdly, the public protector provides an important space in South Africa’s constitutional democracy for citizens to lodge complaints about the failure of government entities to deliver on their obligations.

Lastly, there must be a constitutional body to educate citizens about their constitutional rights. NGOs can also perform these functions. But a constitutionally protected office like the public protector is a far more credible and sustainable option for citizens.

In the Constitutional Court judgment on Nkandla Chief Justice Mogoeng Mogoeng noted that: “The public protector is [thus] one of the most invaluable constitutional gifts to our nation in the fight against corruption, unlawful enrichment, prejudice and impropriety in State affairs and for the betterment of good governance.”

What qualities does the public protector need to have?
The incumbent, Madonsela, has set a very high bar in the exercise of her duties. No person who held the office before her so defined the qualities necessary to succeed in this position. She has left a morally coherent and impeccable professional template for her successor to adopt.

Following in her footsteps the next public protector should be a person of integrity and have an unimpeachable record with not even the hint of an ethical stain.

He or she must be scrupulous, courageous, empathetic, a good communicator, diligent, transparent and humble.

The candidate must also have shown their dedication to the eradication of colonialism, apartheid and all forms of discrimination, and a commitment to the values of the constitution.

How important is the job?
In many ways the office of the public protector has been the barometer of the state of South Africa’s constitutional democracy. During Madonsela’s tenure that barometer was elevated. She solidified the importance of the office and its capacity to undertake its constitutional duties and commitments.

To say that she exceeded her mandate is not an overstatement. She received numerous accolades for excelling in her role. For example she was named one of Time Magazine’s 100 most influential people in 2014.

In the Constitutional Court’s Nkandla judgment Mogoeng said: “She is the embodiment of a biblical David, that the public is, who fights the most powerful and very well-resourced Goliath, that impropriety and corruption by government officials are. The public protector is one of the true crusaders and champions of anti˗corruption and clean governance.”