What we’ve learned: Four things Premier League devotees can expect from this season 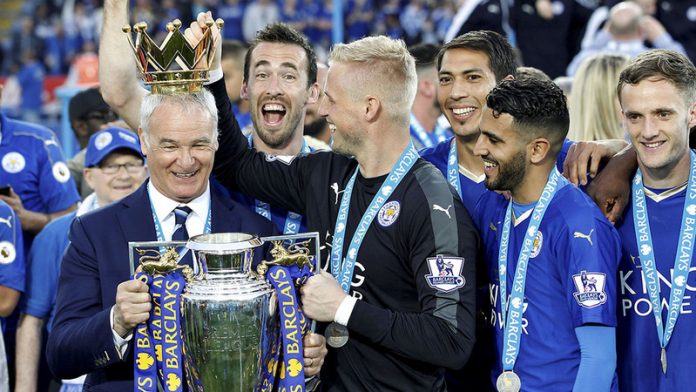 Three months. Three long, arduous and painful months. This is the amount of time devotees have had to endure life without their weekend sanctuary – the English Premier League. But alas, it has returned! Now that the curtain has dropped on a compelling opening weekend, we can begin to look forward to what we might expect from the forthcoming season.

The 2015/16 campaign brought with it possibly the greatest underdog tale of not just football, but humanity’s sporting history. There really are no words to describe how inconceivable a Leicester title win was a year ago. Even in retrospect, anybody would struggle to explain how a team that narrowly escaped relegation would go on to adorn the EPL trophy with their ribbons the following season. It just doesn’t happen in the modern game – a sentiment duly reflected by the bookmakers placing them at 400/1 odds. But Leicester happily obliged in proving that odds don’t win titles, earning them fans and respect to go alongside the silverware.

This time around, however, Foxes fans would be wise to brace themselves for what could be a tumultuous season, at least compared to the high standards they have become accustomed to. Judging by their first game, a defeat to newly-promoted Hull City, Riyad Mahrez and the other Foxes will find it hard to recapture the desire and pure will that pulled them over the line previously. And who can blame them? After successfully punching so far above their weight it’s only human nature that their drive slows down.

Add to this the fact that they lost the human manifestation of kinetic energy that is N’Golo Kante and the perception that the other big teams and Liverpool have all gotten significantly stronger and the possibility of back-to-back titles starts to look a bit thin.

It’s a battle royale for the ages

Speaking of the big teams, we have quite the war on our hands. While Tottenham, who usually stay further away from silverware than a paranoid vampire, narrowly missed out on top spot and Arsenal bagged a first second spot in 10 years, the previous season was an undisputed failure for the other traditional big guns.

And that is precisely why we can expect Chelsea and the Manchester clubs to come out guns blazing. Scorned with the pain of failure, all three put in impressive displays in their opening games. They have not been shy in splashing the cash either, welcoming expensive young talent into the Premier League. Manchester United in particular splashed a cool £100-million on the exceptional Paul Pogba.

Add to the mixture a bolstered Liverpool side and an intriguing battle for top spot sits on the horizon. This is certainly not going to be a cake walk for any one team, no matter the funds dished out.

Arsenal fans suck all the joy out of banter. They’re so self-critical of themselves and cynical about their team’s chances that you can scratch your head for hours in search of something new and hurtful but still come up with nothing. It’s so intense we could forgive an ignorant visitor to an Arsenal game for thinking “Why is Theo Walcott so shit?” is the club’s motto.

Their cynicism can be traced to one source – Arsene Wenger. Even the most die-hard of Gooners will happily admit that their manager, just like Bruce Willis, is past his time. And their frustrations aren’t hard to understand either. Season after season, the North London club blows glorious chance after glorious chance to add to their trophy cabinet. Two FA Cups in 10 years is a paltry return for such a prestigious outfit.

To compound matters, in what seems like an annual event, Wenger has proved that there’s such a thing as being too pragmatic in the transfer market. The Frenchman has barely strengthened his squad, leaving critics to stand pretty on their high horses and fans fuming with anger.

Most Gooners have simply had it now. Expect boos aplenty when the team underperforms at the Emirates and hashtags to fly faster than Walcott himself.

Gone are the days of permanent managers. The beleaguered Wenger can at least lay claim to the accolade that he’s the only one who sticks around each season. This year, however, the line-up of new dug-out bosses is particularly interesting. In Pep Guardiola, Jose Mourinho, Jurgen Klopp (for his first full season) and Antonio Conte, the Premier League boasts some of the most respected and successful young managers in the game.

Going on the first game alone, we can already tell that each critic will make it his or her personal mission over the next couple months to analyse how each one is cementing their footprint on their respective team.

Manchester City, for instance, is already being simultaneously scrutinised and marveled at for the formation they set up – an unseen concoction consisting of full backs Sagna and Clichy playing almost as pseudo-defensive midfielders.

Speaking of typical, we all know the second Man U gets a shade defensive, “Jose is parking the bus again!” will ring through commentator’s microphones across the planet.

Stereotypes aside, every football fan on the planet should be relishing the battle of tactical minds that’s about to unfold on the pitch.