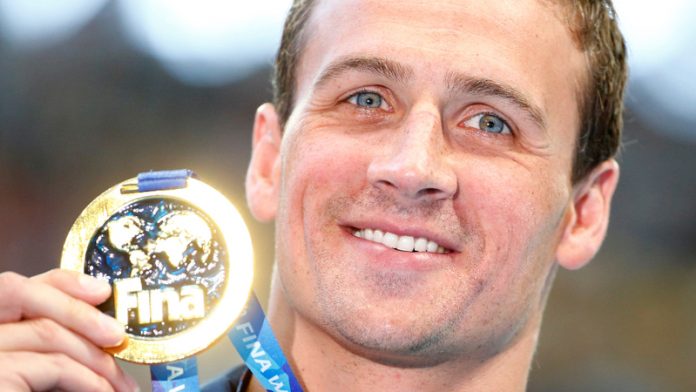 Brazil TV aired a video on Thursday that showed four United States Olympic swimmers did not tell the whole truth when they said they were robbed at gunpoint in an incident that has marred the image of South America’s first Olympic Games.

The security camera images broadcast on Globo TV appeared to show the swimmers, including Olympic gold medallists Ryan Lochte and Jimmy Feigen, in a dispute with staff at a Rio de Janeiro petrol station, a fact they did not mention to police in their accounts.

“The athletes lied to us about their story,” a top Rio police official said on Thursday, declining to be identified because the matter was still under investigation.

A police source and staff at the station have said the swimmers caused minor damage there, though there is still no consistent account. The source said they damaged a bathroom door and staff said they tore down a poster and also urinated on the wall of the station’s convenience store.

The video does not show them damaging anything, but only being hustled out of the bathroom by uniformed employees. Security guards then prevent the swimmers from leaving in a taxi and the Americans appear to offer them money from their wallets.

Three of the swimmers are made to sit on the ground with their hands in the air. At one point, Lochte stands and appears to argue with the guards but is made to sit down again.

On Sunday, Lochte had told NBC that the taxi he was travelling in with his three team mates was flagged down by robbers posing as police and they held a gun to his head during a robbery. He made no mention of stopping at a petrol station.

NBC host Matt Lauer said late on Wednesday that Lochte repeated a slightly modified version to NBC in an interview not yet aired, saying the swimmers had stopped at a gas station and that a gun was pointed in his direction during the robbery.

The Shell service station is close to the Olympic Park where sporting action has been overshadowed over the past two weeks by a string of muggings and robberies, including the hold-up of two visiting government ministers.

Staff at the station said the swimmers ripped an advertising plaque off the wall while they were urinating. Security was called and an argument ensued, said one employee who declined to give his name because he was instructed not to talk by police.

A sign on one of the bathrooms read: “Please Do Not Enter”.

A spokesperson for the US Olympic Committee (USOC) declined to comment on the video footage.

The USOC said earlier on Thursday that three of the swimmers who remain in Brazil would be helping police with their investigation, after authorities had stopped two of them leaving the country the previous day and seized their passports. Lochte returned to the US on Monday.

Gunnar Bentz and Jack Conger, the swimmers who were taken off their flight, arrived at a police station in downtown Rio on Thursday to speak with investigators.

A USOC source said they were working to have the swimmers’ passports returned and to make travel plans to get them out of the country as quickly as possible.

Rio Games organisers on Thursday defended the four swimmers whose accounts of an armed robbery at the weekend are under question by Brazilian police, saying they were just kids who were having fun and made a mistake.

“These kids tried to have fun, they tried to represent their country to the best of their abilities,” Rio 2016 spokesperson Mario Andrada said, without elaborating.

“They competed under gigantic pressure. Let’s give these kids a break. Sometimes you take actions that you later regret. They had fun, they made a mistake, life goes on.”