Editorial: Juju may have played into stereotypes before but he has the last laugh now 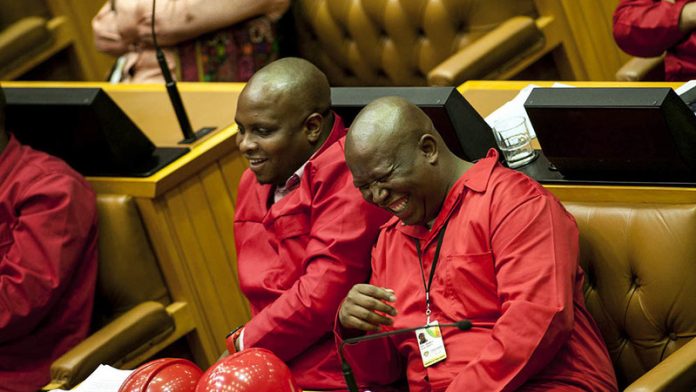 The ANC has mocked the Economic Freedom Fighters from the day the party emerged, as immature, opportunistic, loud and brash. This characterisation was juxtaposed with a picture of the ANC as representing the weight of senior tradition, a century’s worth of political management and so on.

The EFF played into this stereotype, causing disruptions in Parliament and generally putting its flamboyant political theatre to effective use.

It’s ironic to see, in the aftermath of the local government elections, the EFF looking decidedly mature and considered as it manages the possibilities of coalitions in key areas, whereas the ANC looks like the sulky kid threatening to throw a tantrum because it can’t get what it wants.

The Democratic Alliance has also gained new political heft. It’s been around for a while, but it was finally able to overcome the view of the party as “too white” for enough voters to vault it into power in key metros. Part of the reason it was able to do so is that it is marching in lockstep with the plan for its growth that was set up as far back as 2006, as we report on Page 3.

The DA is hitting all its targets, one by one — so much so that it’s possible to take seriously its claim that it could achieve national dominance in 2024. It has shown in the Western Cape how it could move from a coalition partner in provincial government to the dominant partner and onwards to the overwhelming victor — and it is now in a position to follow that game plan in several other key metros in South Africa.

The ANC should be very worried. And there are signs that it is; a limited amount of self-castigation was allowed at its recent top-level meeting. But by the biggest problem faced by the party, if it truly wants to catch up with its rivals, remains unresolved — the presidency of Jacob Zuma.

If the ANC can’t acknowledge that, or make it somehow official that Zuma’s leadership should be under serious internal challenge, then it will be unable to find any direction in plotting a future course. Which is precisely what we’re seeing now, as the coalition talks wrap up — an ANC that doesn’t quite know what has happened to it, or how to recover (see Page 2).

It’s as though the party had no proper plan for what might happen if it ever lost an election, let alone if it found itself in the opposition. Even being in the opposition at municipal level seems to be something the party is finding hard to get its head around. It seems not to have thought beyond improvisation when coalitions have to be engineered to manage local government.

Is this simply complacency? Denial? Has the party learned nothing from losing the Western Cape to the DA?

What it has done is neglect the project to turn itself from a liberation movement into a modern political party in a robust democracy. In the long run that is likely to be the death of it.