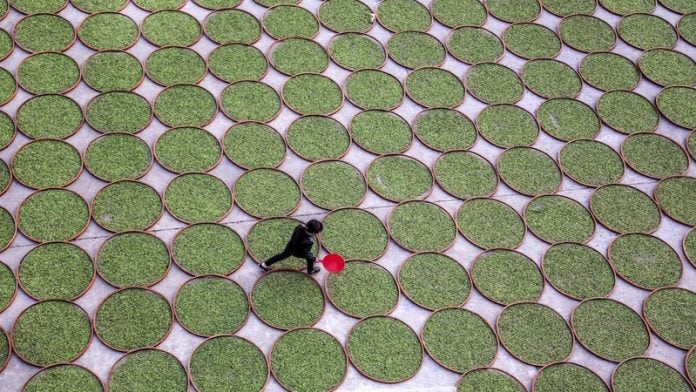 “People are often surprised that I work in a tea shop, but this is not an ordinary tea shop.

When I told my mom I would be selling tea she was quite worried — she thought I’d be a waitress. But, she was okay with my job when I told her that it wasn’t like that and now she also likes to pop in at the shop.

I had finished matric and needed to find a job to save up for my studies. I’m studying human resources and hope to have my own business one day.

It wasn’t easy in the beginning. We had a book to study, to get to know our teas. It was a little overwhelming back then but now it’s almost second nature. There was a lot I had to learn, like in the beginning my teas could be a bit bitter, but now I understand how much tea I need for a pot and I know about steeping times.

I was also worried about the job because I thought tea was only for old people, or for boring people. But we are seeing younger customers because they like flavoured teas.

We prepare a few special brews each day: fruity, black teas, green teas or white teas. Each day we decide which ones we want to put up for tasting.

White tea is very sought after at the moment. Anji white tea is a very special one. It’s grown in China, where the government controls the price. We are told that’s because there are so few trees left, it’s so rare to come by. This tea is a great antioxidant, it’s not fermented and it has very low levels of caffeine.

My colleague, Noele has taught me a lot. She has her favourite, a black tea called Ship Ahoy. Mine is an Earl Grey infused with beetroot, which gives it the strong colour.

So when I tell you about our teas, it’s because I have come to know them. It’s nice when you get a coffee lover walk in to buy for a friend and to have them later return for one for themselves.

I love doing this because it never quite feels like I am getting up for work in the morning. It’s more like I’m going for a tea.”

CHRO & and Business 4.0 in the digital era