My journey of reading women, writing as a woman and growing a wide heart 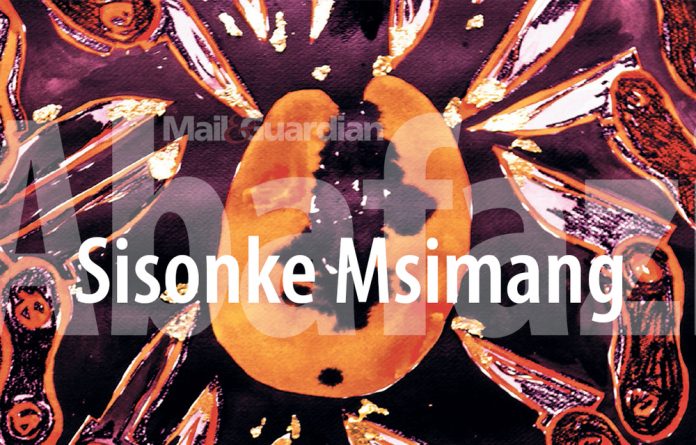 There have been a few discussions lately about women’s writing. There are some who believe that women’s words are less important than men’s words. There are some people who think that women writers simply do not exist. There are others who say it doesn’t really matter — that words are words. I think it does matter. For me it matters because I am a writer, and so reading women is central to my practice of being a writing woman.

I don’t remember a time I didn’t know how to read. When I was still very small — maybe four or five — I would crawl into my father’s lap and read along silently, not understanding the meaning of the words but knowing how to put them together. I would stand in the kitchen next to my mother and run my finger across the ingredients in the Joy of Cooking as she prepared a recipe. “What else should I get out of the fridge?” she would call out to me, and in my squeaky voice I would tell her: “Eggs and baking soda.”

By the time I was 10, there was a strict Sunday rule. If there were no visitors, then we would do our chores and play, and then by 3pm, we would be in our bedroom, reading. My sisters would sometimes giggle and try to talk, and sometimes, as they were younger than me, they would fall asleep. I never did. I curled up and read, even if my eyes were droopy and I wanted to sleep. The words were too important, the stories too engrossing.

Homework was very important in our house. It was a non-negotiable. After school and a snack, we would open our books and do our sums and our spelling. Mummy would check our progress, and my father would go over my essays with me, as I got older. “Are you sure this is how you want to construct this sentence?” He would scribble in the margins in a red ballpoint pen. Sometimes he would suggest I use a word I hadn’t heard of: “Instead of ‘height,’ you might want to try saying ‘zenith,’ here.”

While they were tough with us on homework, they found a way to make us understand that books were not a punishment. Reading was not simply the key to a better future; it was the key to life. There were many people in their generation who could not read. People for whom reading for pleasure was not an option — people for whom understanding a cookbook would have been a dream.

My parents seemed to relish reading precisely because it was more than a path to advancement; it was a right others had been denied. They taught us how to read so that we could expand our imaginations and when we put our growing vocabularies to use they marvelled. They used books to grow us, to deepen us. The books we read made them proud.

I read all the books in the house. I read Louisa May Alcott’s Little Women and Roald Dahl’s The BFG. As I got a bit older, I read Wally Serote’s To Every Birth Its Blood, and then I read A Dry White Season by André Brink. I did not understand these two books, but I read them as I had heard people talking about them and I thought it was the intelligent thing to do. Perhaps there were paragraphs that made sense, but thinking about them now I only remember them properly because I have re-read them so many times.

I read a lot of terrible authors and I did not know they were terrible: Jeffrey Archer and Danielle Steele. It didn’t matter. I learned later as I became more discerning, but those books captivated me, even if the worlds the authors created weren’t populated by people who looked like me. What mattered was that I was reading.

Because there was not a strong library culture in the Africa I grew up in, I saved my money and bought books. As a teenager living in Kenya I used to go to the city centre and buy second-hand books. One day I came across a book by Alice Walker, called In Search of our Mothers’ Gardens. This was the first book I read in which I understood that words were not just interesting — they were magical.

The content of the book was too sophisticated. A woman in America writing womanist prose when I did not even know what that was and was still not even sure what a feminist was. There was too much knowing in that book for a young girl who had not really seen the world, although she thought she had, and knew nothing of love — only of crushes and stolen kisses outside Nairobi’s Sarit Centre shopping mall.

Still, her words cast a spell and I wanted more of them. I wanted to write like that, to say things like, “Part of what existence means to me is knowing the difference between what I am now and what I was then. It is being capable of looking after myself intellectually as well as financially. It is being able to tell when I am being wronged and by whom. It means being awake to protect myself, and the ones I love. It means being a part of the world community, and being alert to which part it is that I have joined, and knowing how to change to another part if that part does not suit me. To know is to exist: to exist is to be involved, to move about, and to see the world with my own eyes. This, at least, the Movement has given me.”

It was so direct and it was not a story: it was her opinions, and it was a book full of them. She was an expanse of knowing and the confidence of her words gave me a sort of confidence too. If the world sometimes felt like a rushing river, threatening to wash me away, Walker’s books were a bridge, planks planted firmly on either bank.

By the time I got to university I understood that words could be political. And so I began to read women consciously. I stopped stumbling across fiction by women and began to seek it out. I read as voraciously as ever; I taught myself to read not only for pleasure, but to read with purpose. I read in order to better understand the difference between women’s stories and the stories men tell. I discovered that women told stories about the worlds in their homes, they wrote about longing and lack and absence, and with a wistfulness I understood intuitively. I discovered men wrote about fighting wars and going on adventures, and that sometimes there was emptiness in their motivations that made me want to ask a few more questions.

These are sweeping generalisations of course, but I was only beginning my journey of reading women and so my initial thoughts were crude, based upon what I had read until then. Still, they imprinted themselves on my brain.

I have read the literature of women from Europe and America of course — Jane Austen and George Eliot (Mary Ann Evans) and Virginia Woolf. I admire these writers but it is the work of African and Asian women and, increasingly these days, women from the Caribbean that makes my heart soar. When I read Edwidge Danticat for the first time I wanted to sail to Haiti, and just the other day I picked up A Small Place by Jamaica Kincaid again after so many years and I wanted to weep in anguish at how she describes Antigua. I promised myself that I would write a similarly titled book about South Africa.

I have returned recently to our own canon, because now I read with the purpose of writing. I have been drawn again to Zimbabwe, in part because she is in a precarious state once again, and whenever politics are rough I return to fiction to help me find some answers.

And so in doing so, with an eye on politics and another on finally finishing my own first book, I recently read Tsitsi Dangeremba, who recently reminded me of the power of economy with her devastating line: “I was not sorry when my brother died.” I also read Noviolet Bulawayo’s ruminations on home in We Need New Names where she writes of hunger to underscore the insatiability of missing home.

“There are times, though, that no matter how much food I eat, I find the food does nothing for me, like I am hungry for my country and nothing is going to fix that.”

Then I read Panashe Chigumadzi, and was taken by the lyricism of our idiom made modern. “You want it to be that we are like coal, only to be loved in the dark and tossed like ashes come morning.”

I read women because I write and because stopping is not an option.

A chance to help children on World Read Aloud Day