​Catch-22: The pressure of being children of musical greats like Kuti and Simone 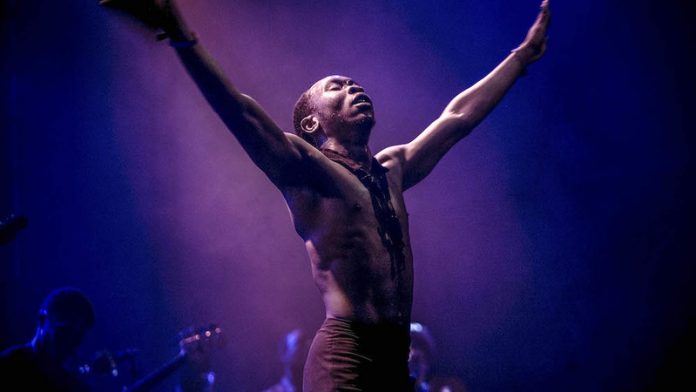 In an article headlined “Great dynasties of the world”, Guardian columnist Ian Sansom wrote that in the case of family business dynasties, capitalism usually triumphs over hearth and home. In the case of the Kutis, the Marleys and Simone, this applies in varying degrees. For Oluseun “Seun” Kuti, who is performing at Arts Alive’s Jazz on the Lake in Johannesburg on September 4, just “don’t call it inheritance”, and don’t say he “took over” anything.

Picking up the Afrobeat mantle came down to two choices for Seun Kuti — “either the band continues or it stops playing. We decided to keep playing.”

Egypt 80, “the band”, was formed in the latter stages of Fela Kuti’s career, after the departure of Afrika 70 director, the inimitable Tony Allen. Seun’s resemblance to his father – physically and vocally – and Egypt 80’s choice to stick to the sonic Fela script doubtlessly influenced my decisions to buy his first three releases: Many Things, the Brian Eno-produced From Africa With Fury and Long Way To The Beginning (with production from Robert Glasper).

The purchases were driven by neither the need to be surprised by new music nor adventure, but by a subconscious desire to continue to experience an approximation of Fela. There was a certain pedigree implied by Seun’s proximity to Fela, in ways that were not manifest in Femi.

But, of course, Femi and Seun were cut from the same cloth. Born 20 years apart, Femi broke from the ranks of Egypt 80 during Fela’s political arrest by then-president Muhammadu Buhari in 1986. In a lengthy interview with Channels Television in Nigeria, Femi said: “In the three years he was in prison, I developed so fast that I knew I had to develop my own ideas. I knew I could not live as Fela’s son forever … Although I was travelling with the band, I was making my own name.”

It was at Fela’s behest that Femi got into music and he went on to establish his own band, Positive Force. From 1995’s eponymous Femi Kuti to, perhaps more distinctly, on Fight To Win, Femi always sought to put his own spin on his father’s template.

In most cases, the fate of the second-generation musician is an intractable catch-22. Femi, for instance, caught fire for his crossover endeavours whereas Seun was endearingly referred to as a carbon copy.

Fela, the uncompromising alchemist, has no equal. He set out to turn the music industry on its head, whereas his progeny merely exist within it. To their credit, Fela’s rhetoric and some of his altruism lives in the public personas of his sons. Femi has four adopted children – his son Made’s best friends, whom he educates. Seun routinely exposes the hypocrisy of Nigeria’s politicians, including the very same Buhari, Nigeria’s president once again, who imprisoned his father.

Femi’s firstborn son, Made, has already had a taste of the touring Afrobeat musician’s life, stepping up to the bass guitar in 2015 when his father’s bass player absconded after a tour.

Chimurenga founding editor Ntone Edjabe, a Fela Kuti scholar, says Femi and Seun are too close to depart radically from Fela’s methods, but are also unable to reproduce them, owing to the difference in time. “Seun has charisma and courage to break away from elite family connections, but he knows too much so his intuitions are weakened,” Edjabe says. “He ends up working with Egypt 80 on [the] Lagos side and abroad with the white men who loved his father’s music (even though this was hardly reciprocal). [These are] people like Brian Eno, Martin Messonnier and others.”

Edjabe points to pianist Funsho Ogundipe and his Ayetoro project as pushing the spiritual and intellectual boundaries of the form: “Reopening on one end the yoruba cosmological aspect that is so present in Fela’s late phase and, on the other, bringing in wider literary and cultural references.”

In the Marley camp, it was Stephen who most closely channelled his father Bob Marley’s voice through the Melody Makers’ 10-disc discography, while nurturing the talents of his younger sibling, Damian. Damian’s old-school dancehall style and versatility, exemplified by songs such as Welcome To Jamrock and Set Up Shop was, quite frankly, an improvement on his father’s grand design, which latter generation Marley singers such as Jo Mersa (Stephen’s son) and Skip Marley (Bob’s grandson, born to his first-born, Cedella) have yet to exhibit.

Set Up Shop, signature Damian in its appropriation of dancehall as message music, is intriguing, not so much for its aesthetic but for what it’s lyrics reveal by way of a family manifesto.

Set Up Shop is an exhortation to entrepreneurship and self-reliance, perhaps not out of place with Garveyism. But do the Marley’s array of enterprises ranging from sound equipment, resort hotels to record labels fit the same mould?

The most recent among them is the establishment of a legal-marijuana sales company, Marley Natural, through a 30-year licensing partnership with Privateer Holdings. Pay Pal co-founder Peter Thiel has put $75-million dollars into the project. The “natural” in this northern California-grown pot, refers to the fact that no pesticides are used.

“My father has his own record plant, his own record shop, his own pressing plant. He was a very wise businessman,” Stephen told Rolling Stone during a Marley Natural marketing event earlier this year. Bob’s words (“Herb is a plant. Herb so good for everything”) have been attached to the project from day one, with promotional videos by family members proclaiming: “As Bob would say, ‘make way for the positive day’.”

The product’s pricing marks it as high-end, Silicon Valley-funded weed that is trying to stake its claim among a growing celebrity-weed bandwagon, as an increasing number of states in the United States open their doors to medical marijuana. So far the usual celebrity suspects, people such as Willie Nelson, Method Man, Redman, Wiz Khalifa and Snoop Dogg, have established marijuana-related companies.

Marley Natural retails at $50 for 3.5 grams, and 500mg of cannabis oil for vaporisers sells for $40. According to ArcView Market Research, the sales of legal marijuana in the US are currently estimated at $5.4-billion a year, a figure expected to quadruple by 2020.

Writing in The Verge, Amar Toor says critics have pointed to Privateer’s buccaneer-sounding name, it’s pirate-ship logo and the high-end nature of the product to speculate how a deceased icon might feel about it, or what he would do. As Forbes puts it, “the reggae legend is becoming quite the businessman in death,” with the $21-million his estate grossed last year attributed to the “relaxation drink”, Marley’s Mellow Mood, House of Marley audio products and of course, 75-million albums sold.

For Nina Simone’’s daughter, Lisa Celeste Stroud, who goes by the stage name Simone, trying to get access to the telling of her mother’s story (in the form of the movie Nina), ended in conference calls where she was the only person on the line and Zoe Saldanha, playing Nina, was in black face and prosthetic nose.

Stroud had contacted director Cynthia Mort, who had apparently been advised not to speak to her, about many aspects of the movie, including the decision to base the film on a fictional love story. On the issue of Saldanha, Stroud was more diplomatic, initially pointing out people such as Kimberley Elise and Viola Davis, who she felt could take on the role of Nina instead.

“We offered to get involved with all the stuff that we have, from the music, to the pictures, to her writings, to connecting them with the stories of many people who were close to my mother, and we were ignored,” Stroud told Ebony magazine.

While the legal guardians of Jimi Hendrix’s estate refuse to allow his music to be used along- side scenes depicting the performer’s drug taking, Stroud has been lax in participating in projects where her mother has been portrayed in a negative light.

A case in point — and indicative of the troubled relationship between mother and daughter — is the documentary What Happened Miss Simone?, where Stroud’s father and Nina’s former husband, Andrew Stroud, speaks disparagingly about his former wife for far too long.

In one scene, Stroud, who violently beat Nina, portrayed her as oversexed, saying: “Sex dominated her. There were times when there was a sex attack, where she goes into a maniacal rage and had to be sexed.”

As Max S Gordon writes in Be Glad That You Are Free, “Stroud humiliates Nina with his sex-talk, and his admission of violence without any remorse early in the film is devastating.”

Although Simone’s daughter got involved with What Happened Miss Simone? as a producer, partly in protest against the film Nina, her father’s unchallenged comments illustrate the complicated ways in which the internal dynamics of family dynasties function. As her lover and former manager, Stroud cannot help but be close to Nina Simone’s story and money.

And for Lisa Stroud, it’s a case of not being able to choose her family.

Robbie Shakespeare: A manipulator of space and sound

Robbie Shakespeare: A silence louder than a bomb