Hair, white assimilation, and the girls who are rejecting it 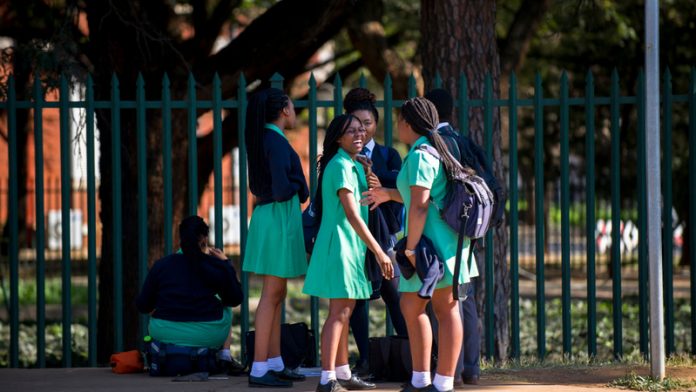 There’s been an outpouring of support for the black girls at Pretoria Girls High School, but there’s also been bafflement and more discrimination. It’s just a school policy to straighten their hair, some have argued, but it’s more than that: it is the protection of white standards at the expense of black identity.

School rules and codes of conduct exist to instil discipline, so that youngsters aren’t as boisterous as they’d hope to be. There’s the sound of the bell, the uniforms, and lines of students snaking their way to assembly. It’s all very structured, but what happens when those rules suppress a student’s identity?

Enter Pretoria Girls High School, where many South Africans have directed their outrage. Teachers at the school have insisted black girls straighten their hair, and they have humiliated and shamed students who have had the audacity to attend classes in afros, dreadlocks, or any other form of their natural hair.

But there’s nothing new in it, and the defence that the school is simply trying to maintain discipline through its code of conduct is a defence of something more sinister entirely.

A few weeks ago, the Great Hall at Wits University was packed, and all eyes were glued to Nolwazi Tusini as she delivered her speech at the Ruth First Lecture. Her research in the run-up to the annual commemoration of the anti-apartheid activist was based on interviews with black people who had been among the first students to enter white schools as apartheid reformed some of its laws in the 1990s.

“I just remember wishing I had silky hair and blue eyes like my Barbie. Can you imagine that? Learning subliminally at a young age that you are not good enough, and not being aware of how damaging that is?,” Keitumetsi Maake, 28, an attorney, told Tusini.

The scene then would have been much as it is today at Pretoria Girls High School: a group of black students standing together is too much of a gevaar, black South African languages banished, and black students are welcome if their skin is palatably dark, not too dark – how’s that for fair treatment?

Tusini argued that the students of the 1990s conformed by speaking English and straightening their hair as a means of survival. Their elders would have been brutally subjected to the so-called pencil test where a pencil was placed inside their hair and if it remained, they were classified as black and marginalised from society. The test was a form of eugenics; using hair to determine a person’s racial identity.

Yet, the black girls’ protest at the Pretoria high school has been undermined as an issue of school rules rather than how white people had always looked at African hair: an undesirable marker of blackness.

John Robbie, a radio presenter at 702, brought up school rules and the necessity of them in conversation with former Pretoria Girls’ High School student Mishka Wazar. Wazar, a journalist, schooled Robbie on the significance of the rules for black identity.

For the girls protesting at the school, this isn’t about seizing the opportunity for some youthful rebellion. They have spoken about how very deeply the school’s treatment of black hair is connected to who they are and how hurt they are.

“She instructed me to fix myself as if I was broken,” a student at the school said of her dreadlocks. “My hair is natural and connected to my roots. They are not braids, they are roots.”

Now, the protests have spread to Lawson Brown High School in the Eastern Cape. As students fight for what’s theirs, they are rejecting white assimilation, refusing to conform to a way of being that would force them to speak with the “right” accent or burn their scalps using chemical treatments so their hair is more “tidy” in its straightness.

“Black lives matter. Let us have or braids, let us have our afros,” a student says.#stopracismpretoriagirlshigh pic.twitter.com/X15xJ3zzIh

There is a place for school rules. But when they are racist and attempt to protect the white status quo over a black child’s well-being, then they are no longer just rules. They are violations.