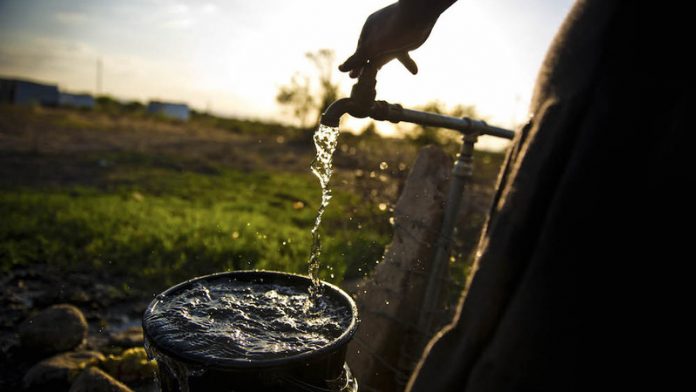 The nuclear deal comes with a much higher price tag than a minister’s head and junk status. Political manoeuvring to pave its way has all but stalled South Africa’s key climate change policies and planning. Rather than plotting a way to survive this century, they end in 2020. These are policies that should seek to avoid future climate change, which will be “significant and potentially catastrophic”.

That phrase comes from the government’s 2011 National Climate Change Response white paper. It warns that if little action is taken on climate change — if action is delayed by, say, political machinations — the interior of South Africa will be 3°C hotter by 2050, and double that by 2100. It concludes: “Life as we know it will change completely.”

The Council for Scientific and Industrial Research has a scenario for that future. It involves increased evaporation and less water, more floods and droughts, more frequent and intense veld and forest fires, extreme weather events, rising sea levels and mass extinctions of endemic plant and animal species. Think of the devastation caused by the current drought and multiply it.

Ensuring that this prediction of a dystopian future does not become reality is the job of the environment department and the interministerial committee on climate change. They are backed by legislation and the National Development Plan.

South Africa has also made international climate commitments. At the 2009 Copenhagen climate conference, President Jacob Zuma committed South Africa to lower carbon emissions by 42% by 2025. The Paris Agreement signed last year, which will probably come into force in September, binds countries to doing all they can to ensure the world does not warm by more than 2°C this century. As of July, the hottest month ever recorded, the planet was already 1.3°C hotter than it was in the late 19th century.

These plans and commitments need deliverable goals, which is where the desired emission reduction outcomes come in. The goals, demanded by the white paper, were supposed to have been met by 2013. They would have given a plan to every sector of the economy, and every government department, to lower carbon emissions and to help people adapt to the changing climate up to 2050.

But in July, the national climate change committee said this process had been put on hold, pending the “finalisation of the IRP [Integrated Resource Plan]”.

And this is where the cost of politicking comes in.

The IRP is the energy department’s plan for the country’s energy mix. The 2010 iteration shifted the country away from its dependence on coal and opened the way for renewable energy and a 9 600MW nuclear build.

Following the IRP’s publication, the influential Gupta family bought a massive uranium mine in North West province. Another uranium mine went into the exploration phase near Beaufort West in the Western Cape. Eskom went ahead with the process of getting permission to build nuclear facilities at Thyspunt in the Eastern Cape and Koeberg outside Cape Town.

But the IRP was updated in 2013, saying a decision on the nuclear build need not be made until the 2020s or 2030s. Instead, it said: “Flexibility in decisions should be the priority in favour of decisions of least regret. This would suggest that commitment to long-term, large-scale investment decisions should be avoided.”

That update made it all the way to Cabinet, and then quietly fell off the table.

This means the country’s current energy plan is six years old, which is why the environment department has had to pause its work.

Another update is mooted for late 2016. The only thing standing in the way of a nuclear build is Finance Minister Pravin Gordhan.

Proponents need the treasury to sign off on it, and he is refusing to do so. If he goes and a pliant IRP is drafted, South Africa’s entire climate policy will be subservient to the actions of politicians and government departments whose primary mandate is not to protect the environment.

Given this, and the damage caused by delaying climate change planning, civil society groups have called on the environment department to take the lead it is mandated to take.

In a complaint filed with the public protector in late August, several groups charged Environment Minister Edna Molewa with “maladministration” for not implementing legislation. They want Molewa to ensure that energy planning follows the needs of the country to lower carbon emissions, instead of those needs having to fit in with an energy plan drawn up to suit another agenda.

Time is of the essence, and the consequences of picking a path for the wrong reasons will be catastrophic.