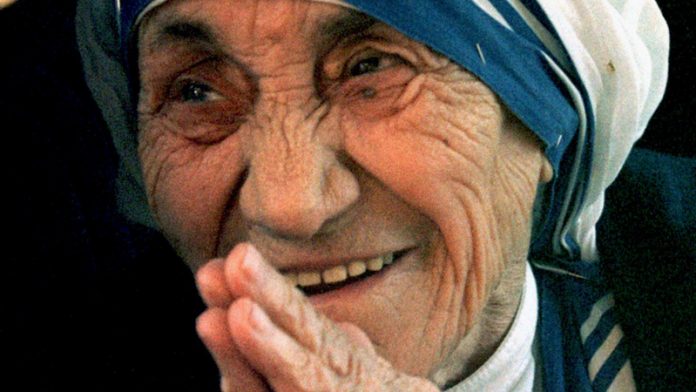 Affectionately called the “saint of the gutters” during her lifetime, Mother Teresa of Calcutta will be made an official saint of the Roman Catholic Church on Sunday, just 19 years after her death.

A Nobel peace prize winner, Mother Teresa was one of the most influential women in the church’s 2 000-year history, acclaimed for her work amongst the world’s poorest of the poor in the slums of the Indian city now called Kolkata.

Hundreds of thousands of faithfuls are expected to attend the canonisation service for the tiny nun, which will be led by Pope Francis in front of St Peter’s basilica.

Although criticised both during her life and following her death, Mother Teresa is revered by Catholics as a model of compassion who brought relief to the sick and dying, opening branches of her Missionaries of Charity (MoC) order around the world.

“Even in popular culture she’s identified with goodness, kindness, charity,” said Father Brian Kolodiejchuk, the MoC priest who campaigned for her sainthood.

In novels or movies, characters say “‘oh, who do you think I am? Mother Teresa?'” he said.

Her critics view her differently, arguing she did little to alleviate the pain of the terminally ill and nothing to stamp out the root causes of poverty.

In 1991, the British medical journal, the Lancet, visited a home she ran in Kolkata for the dying and said untrained carers failed to recognise when some patients could have been cured.

Kolodiejchuk said her detractors missed the point of her mission, arguing that she had created a place to comfort people in their final days rather than establish hospitals.

“We don’t have to prove that saints were perfect, because no one is perfect,” he said.

Christianity not ‘the only way’
In her adopted India, a primarily Hindu nation, Mother Teresa has been accused of looking to convert the destitute to Christianity – something her mission has repeatedly denied.

“As a resident of Kolkata, I feel insulted to see its poverty being glorified by the MoC. As a Hindu nationalist I also feel that Christianity is not the only way of salvation,” said Jishnu Bose, the RSS spokesperson in the city.

But Mother Teresa still has legions of supporters in India, including BJP Prime Minister Narendra Modi.

“All her life she worked to serve poorer sections of Indian society. When such a person is conferred with sainthood, it is natural for Indians to feel proud,” Modi said on Sunday in a radio broadcast.

Mother Teresa was born Agnese Gonxha Bojaxhiu to Albanian parents in 1910, in what was then part of the Ottoman Empire, and is now Macedonia. She became a nun at 16 and moved to India in 1929, creating her mission in 1950.

The Roman Catholic Church has more than 10 000 saints, many of whom had to wait centuries before their elevation.

But Mother Teresa, one of the most recognisable faces of the 20th century, was put on the fast track to sainthood after dying of a heart attack on September 5 1997.

The late Pope John Paul II bent Vatican rules to allow the procedure to establish her case for sainthood to be launched two years after her death instead of the usual five and she was beatified in 2003.

The church defines saints as those believed to have been holy enough during their lives to now be in heaven and able to intercede with God to perform miracles. She has been credited with two miracles, both involving the healing of sick people.

The latest involved a Brazilian, Marcilio Andrino, who unexpectedly recovered from a severe brain infection in 2008. He and his wife Fernanda will attend the canonisation, which is considered the highlight of Pope Francis’s Holy Year of Mercy. – Reuters

Automatic-control mechanisms are part of the intelligent self-regulation that occurs in nature. Thus, the outbreak of Covid-19 could very well be Gaia’s automatic reaction to restore homeostatic equilibrium
Read more
Analysis

The country needs an institute that will be a conduit for AI knowledge to industry, society and government
Read more
Africa

Pope Francis this week exhorted the political leaders of Mauritius, known as a tax haven and enclave for shell companies, to promote...
Read more
Africa