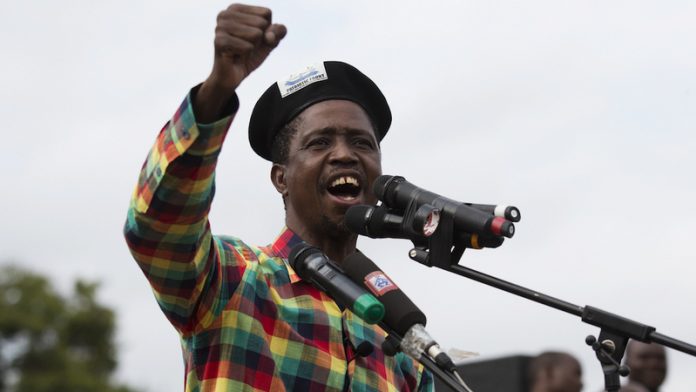 The observer missions relied on local election monitors with a combined personnel of over 20 000 countrywide. Parallel Vote Tabulation Reporting (PVTR), was also widely used in determining the accuracy of results announced by the Electoral Commission of Zambia (ECZ). It is the PVT that helped predict that Edgar Lungu was the likely winner of the poll and also helped affirm the credibility of the results that were being announced by the ECZ.

The AU Observer Mission was headed by Nigerian ex-president Goodluck Jonathan who described the election as free and fair. EU EUM Chief Observer Cecille Kyenge also commended the ECZ for conducting the election in a professional manner.

Everything about the elections seems fine until one gets to read or listen to foreign media.

Foreign Media
Reports have described the election a “sham”, replete with violence, and characterised by “widespread electoral malpractice”.

In all this, the international media are quoting from a report done by ‘amaBhungane’, who from their website are a non-profit company aiming to develop investigative journalism.

Of interest are the two reports quoted widely: “Blood on the Floor in Zambia Poll”, and “Has the Zambian Electorate been Misled?”

The first report focuses on what was deemed extensive pre-election violence and “police harassment”. The report also speculates that the presidential candidate from the governing party, Edgar Lungu, had lost support from Lusaka and Copperbelt Provinces to opposition leader Hakainde Hichilema. It also claims that the Patriotic Front (PF) was collapsing as it had sidelined its original leaders. The report also speculated the PF would lose and that was why President Lungu had allegedly heightened violence against his opponents.

The second report is actually a mere citation of the United Party for National Development (UPND)’s usual assertions of rigging and violence.

The two reports conclude by claiming that the Police, public media, the ECZ and the courts lacked autonomy and are mere tools for the PF.

Observers and Monitors’ Perspective
On taking note of the reports from observer missions, world leaders and international organisations soon followed through with congratulatory messages to the Zambians and the President-elect. One would wonder whether these were the same elections that international media were reporting on.

A comparison of the reports by observer missions and amaBhungane reveal parallel scenarios.

Observer reports recognised some flaws, just as the case is in any election. One common flaw was the media in Zambia where Zambia National Broadcasting Corporation (ZNBC) and Muvi Television were cited as clear examples of the polarised and subjective media. A number of reports also made note of the inter-party violence, especially before the poll.

In contrast, the extent to which the reports from amaBhungane are inaccurate and lack objectivity would make one suspect bias and that their reports were only disguised as being objective yet were crafted to prop up interests of their partner.

Political Violence
Both the UPND and the PF have a history of violence. The UPND even coined the term; “Mapatizya Formula”, under which political violence was waged against PF supporters and government property destroyed.

Violence waged by the UPND is seen to have escalated after some top PF leaders defected to the UPND between 2015 and 2016.

PF supporters in Lusaka, Northern, Muchinga and Southern Provinces suffered beatings with three deaths recorded at the hands of UPND cadres. This continued after election particularly in Southern province where PF supporters fled their homesteads fearing for their lives. Police are now investigating this.

Yes, amaBhungane chose to ignore such reports and only picked cases of violence showing UPND as the victims.

PF Violence
The violence in the party appears not to have had the blessings of its late leader, Michael Chilufya Sata and now President Lungu who repeatedly condemned it.

President Lungu has demonstrated that no one was above the law when he recently ensured that cadres involved in the murder of a UPND cadre were prosecuted.

In many cases, President Lungu staked the entire Presidency for purposes of national peace and unity when he said: “I am not worth dying for” and “I will not retain power or State House at the expense of Peace.”

All such remarks had been conspicuously missing from Hichilema. Hichilema instead issued numerous combative statements including a promise for “Armageddon”. Hichilema told the nation way before voting that he would not accept to lose.

Role of the Police
Even when political parties defied orders, the Police acted with a lot of restraint to a point where the public accused them of docility.

President Lungu had to publicly urge the Police to act sternly and swiftly to curb the rising inter-party clashes.

One matter that brought the Police into widespread condemnation was on 8th July 2016, when the Police cancelled a UPND rally billed for Chawama Constituency in Lusaka. There were reports of clashes in nearby Kanyama Township during which five PF cadres were attacked. Fearing retaliation, the Police advised the UPND to reschedule their rally but this was not adhered leading to confusion in central town when police dispersed the cadres. This resulted in the death of a female UPND supporter, Mapenzi Chibulo whom her party alleged was shot by the police using live ammunition.

Police refuted this stating they had used rubber bullets and teargas to disperse the riotous crowd. This is now under police investigation.

Claims of Rigging
When Al Ghurai Printing and Publishing Company, of the United Arab Emirates (UAE) won the tender to print the ballots papers, the UPND raised all sorts of objection, alleging that the PF had arranged to have pre-marked ballots done by this company. The ECZ invited representatives of political parties to witness the printing, packaging and shipping of the ballot papers.

Out of 10 provinces, President Lungu won in seven provinces while Hichilema won three. The Patriotic Front also won over 85 seats in Parliament while the UPND got 58.

The opposition has contested the result in court alleging electoral malpractice. The Constitutional Court will, within 14 days, hear the validity of the UPND’s claims. Maybe then we can look at the credibility of the overly negative report from amaBhungane.

Emmanuel Mwamba is the Zambian high commissioner to South Africa