​IBM calls on SA youth to pursue science and technology 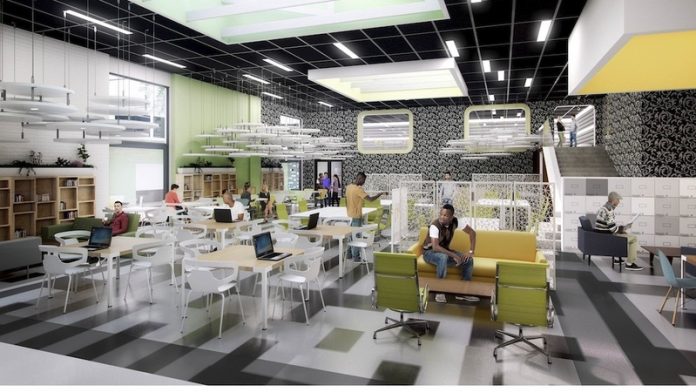 COMMENT
Nearly a century ago, IBM established its first operations in Africa, playing a vital role in the continent’s economic development by boosting the capabilities of its people and institutions through education, training, technology infrastructure, governance and scientific research.

Today, IBM is a part of Africa’s technological fabric, business and community, supporting hundreds of clients through its technology development and briefing centres, cloud data centres and global delivery centres.

Just a few years ago, IBM opened its first research lab on the continent, in Nairobi, Kenya.

I’ve had a passion for research since my MIT (Massachusetts Institute of Technology) days and I held a number of positions at the TJ Watson IBM Research Centre in New York before taking on a role in Africa a few years ago.

Tasked with identifying emerging trends, developing human capital and enabling the expansion of IBM Research in Africa, I was at the forefront of a major decision by the company in February last year: to expand IBM’s network of global research labs by building one in South Africa.

Just 18 months later, my team is opening the doors to the second IBM research lab on the continent and the 12th worldwide — an iconic laboratory space designed to fuel innovation and transform an inner-city neighbourhood into the new technological heart of South Africa.

IBM’s research mission in Africa is to develop breakthrough technologies and science, address national priorities and continental grand challenges, and foster a local innovation ecosystem. I felt particularly drawn to the vibrant innovation ecosystem in Braamfontein, Johannesburg, that is being created by the University of Witwatersrand (Wits).

By planting our roots in the Tshimologong Precinct, I believe that, with our partners at Wits, we can catalyse a technological revolution in this city. We hope to inspire some new startups to sprout in the area within a year.

A dedicated maker space provides a lab to tinker in and build things — for example, RF tags for tracking tuberculosis and a 3-D printer for prototyping designs.

Open work spaces and thoughtful meeting areas feature sustainable and restored furnishings and are designed for collaboration between the researchers and external partners.

Our workspace represents another way for our team to have access to the “street” and cityscape, so that having a direct connection to real-world challenges would become part of their day-to-day life at the lab.

Facing the street on the screens are the letters THINK, illuminated at night and impossible to miss during the day. This will hopefully influence the youth and inspire them to pursue science and technology.

About a dozen projects are already under way, ranging from tuberculosis tracking, traffic optimisation, wildfire risk assessment and even a partnership with Nasa to analyse millions of radio signals from outer space to detect terrestrial interference.

To get these projects out of the lab and into the world, we need to move quickly. I encourage the researchers here to be brave, daring, to fail and recover and to have effect.

We’re developing an agile culture at IBM Research — Africa, reflected in our physical workspace, and by creating a mindset of deliberate intent to go into the community, seek partnerships, make connections, take action and innovate.

In doing so, we will embody the long-standing tradition of restless reinvention at IBM and make a positive difference for the country, the continent and beyond.

Solomon Assefa (@solo_assefa) is the director of IBM Research — Africa.

Solomon Assefa
Solomon Assefa works from Africa. VP, IBM Research Africa & Emerging Market Solutions. Committed to advancing science and technology throughout Africa and beyond. Tweets are my own. Solomon Assefa has over 563 followers on Twitter.
Facebook
Twitter
WhatsApp
Linkedin