We need to talk about Lionel 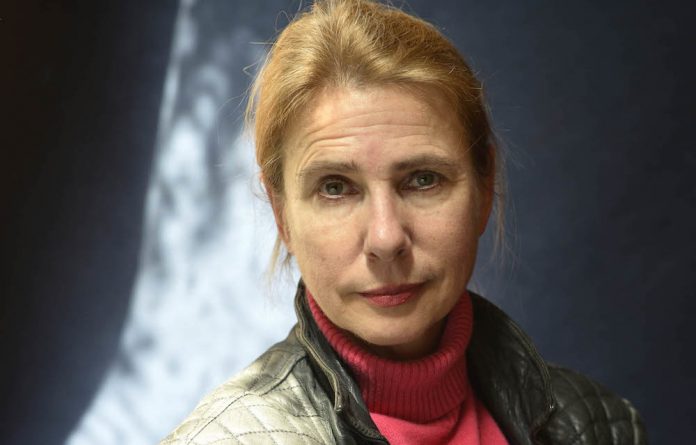 It’s remarkable but regrettable that reparation processes usually entail those erred against being done over for a second time.

They must forgive, be gracious — magnanimous even — and then watch the initial perpetrators stalk away legitimised and blessed.

Remember that most egregious example of Anglo American at the Truth and Reconciliation Commission? It took longer for the Anglo executive concerned to walk in and out of the hearing than for him not to apologise or even attempt to atone for more than a century of exploiting workers.

Something similar is stirring in the literary world. At last week’s Brisbane Literary Festival, Lionel Shriver, with the hubris that is the most notable feature of her novel We Need to Talk about Kevin, advocated the inalienable right of writers to exploit the “other”.

Culture and identity were there to be appropriated — but by the right people, of course.

There was a walkout during Shriver’s keynote speech. The hurt and harm to those “others” being “re-othered” was perhaps best expressed by a festival volunteer, Yen-Rong Wong, who blogged thus: “As a semi-aspiring writer myself, and one who has sunk a significant amount of time and brain power to discussing subversive women and othered characters in non-Western societies, Shriver’s address was alarming.

“The publishing industry is chockful of white men, and advocating for their ‘right’ to write from the perspective of someone in a marginalised position takes opportunities away from those with authentic experiences to share. In other words, the subaltern continue to be silenced, and still cannot speak.”

South Africans will recognise this issue at play in debates about our literary culture, curriculums at tertiary institutions and decolonising knowledge.

It might be cheering then to note this: “Marie Battiste, a Mi’kmaw education professor at the University of Saskatchewan, has a very clear term for the tendency of one powerful group to claim the authority to define its own cognitive traits and preferences as normal and desirable and all other ways of thinking, learning and understanding the world as deficits and disabilities.

“She calls it ‘cognitive imperialism.’ It’s the cognitive equivalent of racism. It leads naturally, of course, to a kind of cognitive manifest destiny that assumes that one way of thinking, of learning, of being in the world is destined to overwhelm and replace all others.”

Those 99 words are from a remarkable article by Carol Black, co-maker with her husband Neal Marlens of the profound and insightful hit TV series The Wonder Years.

Black explores what it is that the confident educators and pedagogical theorists in the West have forgotten (or never bothered to question) about how children learn to read and how they learn.

Black is intellectually and pedagogically robust while being affecting, wise and human.

Her grasp of the other is respectful and broad, as when she tells us: “Our children come to us as seeking beings, Maori teachers tell us, with two rivers running through them — the celestial and the physical, the knowing and the not-yet-knowing. Their struggle is to integrate the two.”

Download the piece, all 21 PDF pages of it, read it and savour it. If only Lionel Shriver had before her bout of Brisbane braggadocio.